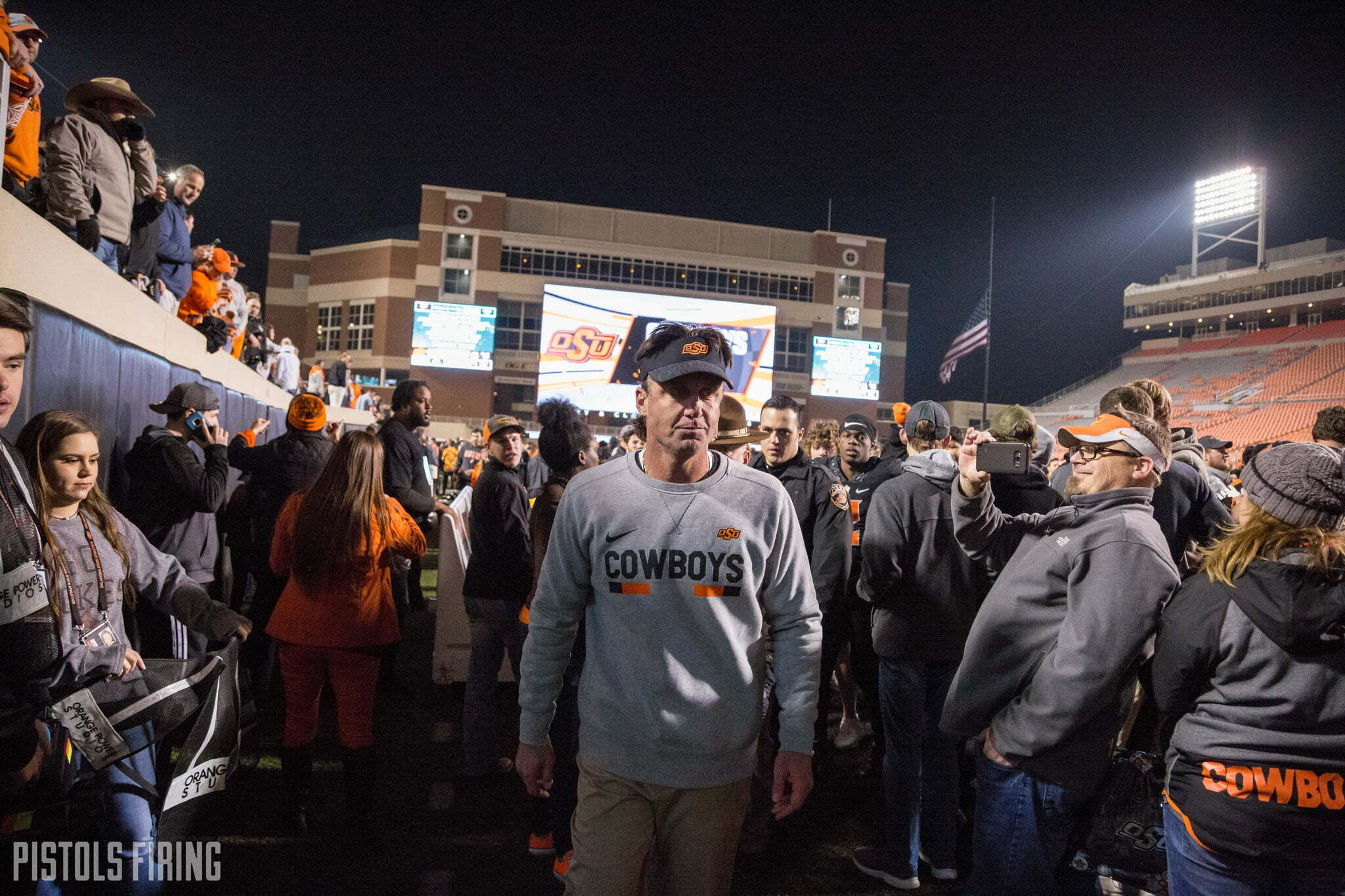 With Mike Gundy reintroducing the swagcopter on Thursday, the recruiting trail is officially heating up for Oklahoma State. The race to the finish line is inching closer and closer, and there will be escalating interest as to how the Pokes polish off their class.

With the start of the early signing period beginning on Dec. 19, let’s take a look at how I peg the staff to finish off the 2019 class.

“Body by Glass” is the mantra Oklahoma State has lived and survived by under Mike Gundy — Glass being a reference to the last name of strength and conditioning guru Rob Glass. “Glass by Glass” may be the next big thing if OSU finishes its 2019 class as I think it might.

The Cowboys are in the mix to land four-star running back Deondrick Glass out of Katy, Texas, and though Alabama is his current favorite, OSU is No. 2 in the pecking order. I’m going to go out on a small, lonely limb and say they win out here, simply because OSU’s needs at the position should speak volumes. With Justice Hill and J.D. King out the door, he could compete for playing time right away.

Defensive tackle Sione Asi out of Snow College may be the first of several junior college prospects to commit to Oklahoma State as the cycle winds down. Just this past week alone OSU has made offers to a running back and a pass-rusher, both of which have already reciprocated high interest.

The running back, Dezmon Jackson, is making an official visit this weekend. The pass-rusher, LaRon Stokes, was visited by Mike Gundy and his helicopter on Thursday. He’s expected to make a visit soon.

If all goes well and good, OSU may come away with two extra junior college commits to add to Sione Asi’s verbal pledge. Jackson and Stokes would be auto-takes given the need at both positions. Keep an eye on Navarro College defensive end David Sow, too.

And I suspect that none will be the final tally.

It’s always possible that some staff flips a recruit of OSU’s in the final hour or a prospect has a change of heart due to shifting circumstances, but the 18 commitments currently on board are all pretty solid verbal commitments.

Things are not looking great for Oklahoma State with regard to landing a pass-catcher in the 2019 cycle.

I get a sneaking suspicion that Langston Anderson may stay in-state with Baylor, I highly doubt Demariyon Houston rekindles his OSU interest, and I don’t think there’s any other viable prospects currently on the radar.

In 2017, OSU took Tylan Wallace, LC Greenwood and Braydon Johnson; in 2018, OSU took CJ Moore and Jonathan Shepherd. If they don’t take one in 2019, the depth and youth at the position should be plenty sustainable.

I don’t know where it will come from, but landing one more commitment from a linebacker — to add to a talented LB class that consists of verbal commits from Kamryn Farrar and Na’Drian Dizadare — seems imminent. Both of those are outside-backers, which may suggest inside-backer Kevon Glenn out of Georgia would be the most obvious answer. But I would definitely keep an eye on Ni’Kendrick Carter out of Many, La., who is listed as an outside linebacker. At 6-3, 230, he could potentially play either spot at the next level.