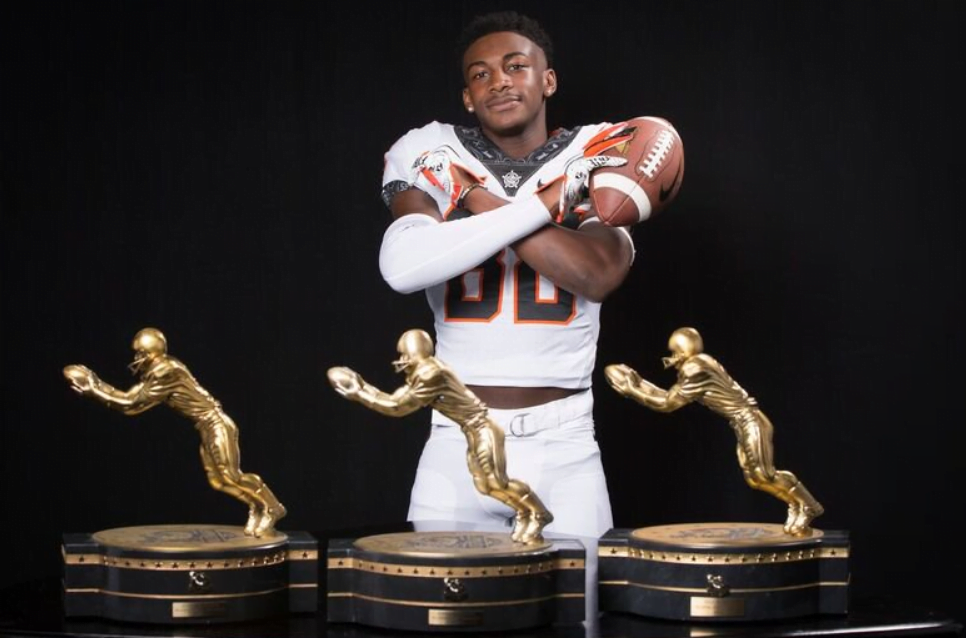 The Cowboys have made the second and final cut for three-star pass-catcher Langston Anderson, a 6-1, 192 pound prospect out of Midlothian, Texas.

Anderson named the Pokes along with Baylor, Wazzu, Ole Miss and Auburn in his final five, trimming out Arizona, Nebraska, Kansas State, Texas and Texas Tech that had all made his previous list of top 10 schools.

“All these schools to me have a good wide receiver program, good coaching staffs, and are good programs to be under,” Anderson told Texas Football. “And I’m committing December 19.”

Anderson visited OSU on an unofficial basis this summer and returned for an official in October, after which it appeared OSU was trending as a favorite. It appears things may have changed slightly, however. He took an official visit to Baylor on Nov. 3, and the Bears are now the 82 percent favorite to land him according to the 247Sports cystal ball.

OSU does not have a commitment at wide receiver in the 2019 class, and Anderson is at the top of the board for the position. Unfortunately, however, it appears that OSU won’t know its fate with him until signing day — at which time it may put the staff in a tough spot to recover if they do miss.

Should Anderson commit elsewhere, Texas Tech pledge La’Vontae Shenault may be a viable target given Kliff Kingsbury’s recent firing from the school. Melissa product Kennedy Lewis could also be a name to watch. If those fall through, it’s possible OSU stands pat at the position, especially considering the depth and returning talent for next year and at the position on the whole.