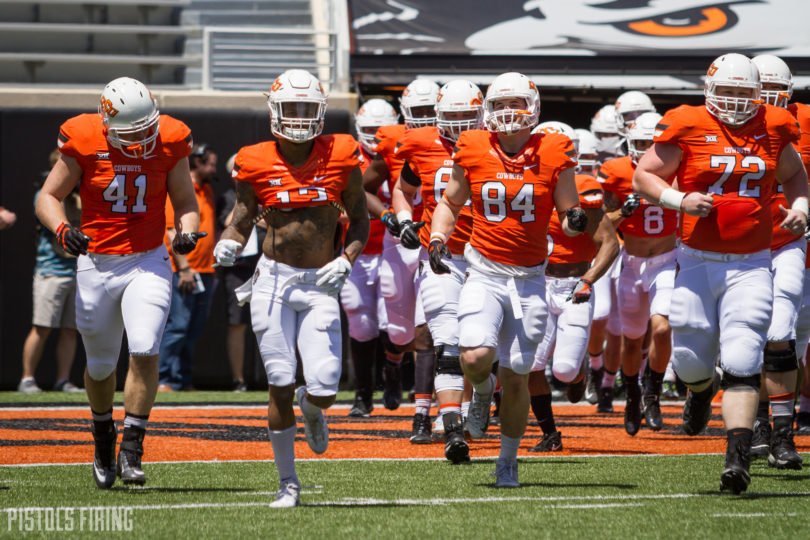 It’s that time of year again. As we do before every season, we all go on wax to lay out our sure-to-come-true predictions for the OSU football season.

Last season I was totally spot on (please, just trust me, no need to verify that claim), so let’s put our cards on the table. I’m ready to fire up my cannon of #takes.

I’m going to write about why this can happen later in the week, but I’m definitely talking myself into this becoming a real possibility. Heisman candidate at tailback, three Big 12-starting caliber options at QB, Tyron + Tylan, and a new-look defense that I’m all-in on.

Vegas says the win total over/under is 8. I’m putting it 9.5 and taking the over.

But I think Dru Brown left a starting job at Hawaii for a reason. He didn’t come to hold a clipboard. He wants to play Big 12 football, and I think when he gets his shot to take snaps this season, it becomes the inflection point of OSU’s season. He has the arm, he has the escapability, and he has the “it” factor that is going to be impossible to keep him off the field.

I took a deep dive into Bill Connelly’s S+P ratings and I came up drenched in the orange kool-aid. So forgive me, but I think OSU might sneakily rock this year.

Similar to 2015 when OSU reeled off 10-straight before losing its final three games, I think the season — and this schedule — sets up for a clean run at perfection deep into October.

There’s a real possibility 6-0 is attainable (if OSU can knock off Iowa State at home, but more trickily, Kansas in Lawrence!), but the next three are the doozies where things could go either way: At K-State, vs. Texas, and at Baylor. I’m going to toe the line of crazy and say they get it done and head to Norman on Nov. 10 undefeated.

Give me another sip of the kool-aid!

5. Justice Hill is a Heisman finalist

I’m of the belief that Hill can legitimately win the Heisman — er, excuse me, Hei5man © — but I think he’s starting the season at a disadvantage with Bryce Love, Jonathan Taylor and J.K. Dobbins all getting more love than him. Nonetheless, his production will help narrow the gap between the other stallions that will be considered.