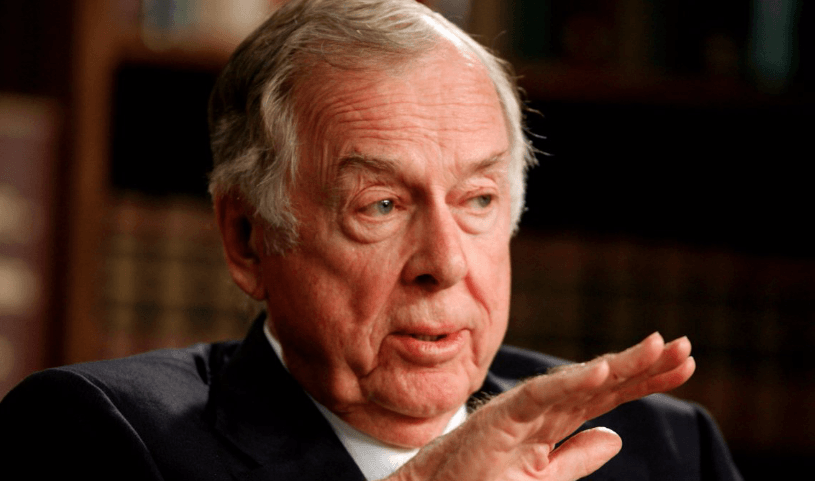 Who doesn’t get excited when Kansas comes to town. Among the thousands of rowdy fans in the sold-out Gallagher-Iba Arena, one OSU alum can always get a seat.

Pickens spoke out in support of Brad Underwood’s hiring and was quoted in an article from the Tulsa World.

“I wrote Underwood a note,” Pickens said. “Let’s see what Underwood can do. Everybody is going to be for him. He came at the end of the Travis Ford era, and we go forward from there.”

Pickens was even honored from his courtside seat and received an ovation from the crowd.

Heading to #okstate for some @OSUMBB vs @kuhoops Game face on and everything. See you there!? pic.twitter.com/ZcwUrxMC33