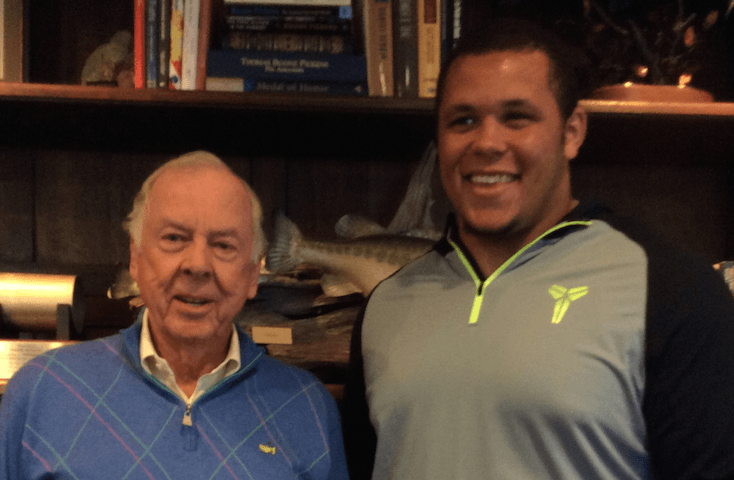 Boone Pickens had lunch with James Castleman on Thursday to present him with an award after sending him a hand-written note at the end of football season.

The award, which was much deserved, was earned for delivering the quote of the year after the 2015 Cactus Bowl.

Boone has a quick trigger, apparently. We’re 43 days in and the race is already over.

Here’s a look at the award: 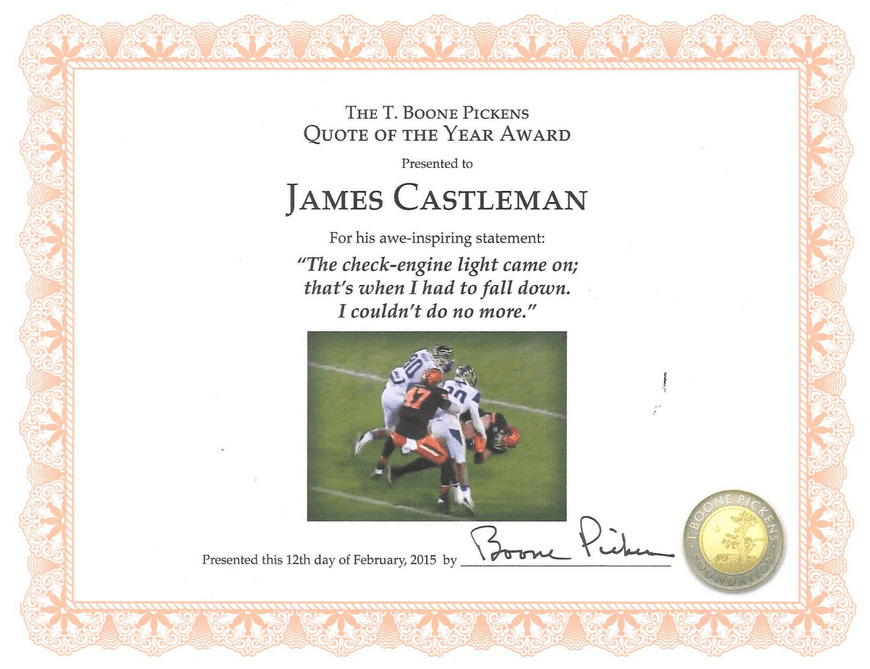