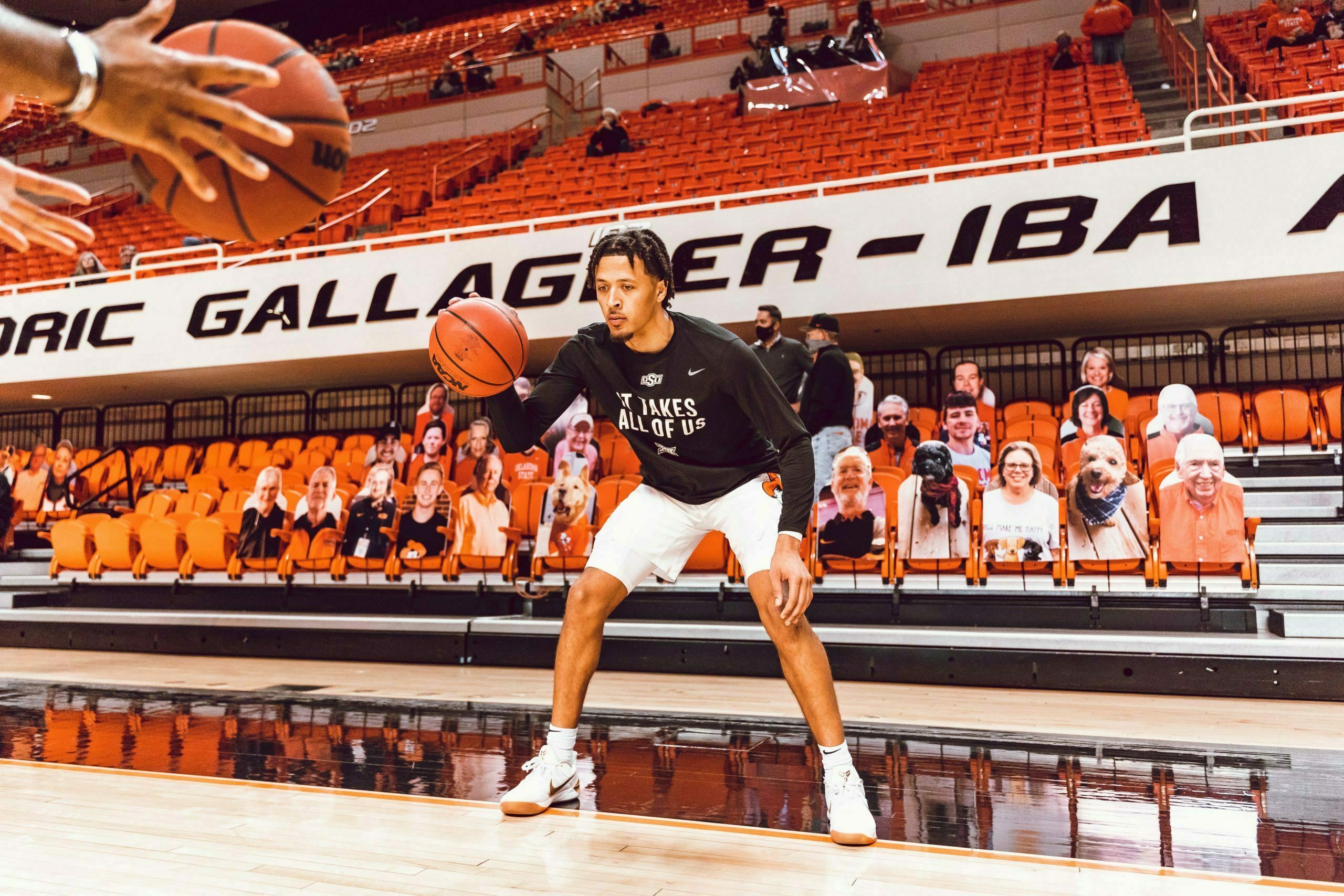 For back-to-back games now, the Cowboys have been without the face of their program.

Cade Cunningham didn’t play in Oklahoma State’s 81-60 victory against Iowa State on Monday night in Ames. Cunningham again went through warmups after what is believed to be a spell of COVID-19, but OSU coach Mike Boynton said he still hasn’t done a whole lot physically since he and the Cowboys returned from their isolation period.

“It’s still day to day,” Boynton said after the Iowa State game. “I think he feels better today. He did a little bit yesterday. He did a little bit more today. We’ll continue to monitor his progress as we go through the week. Hopefully, it continues to get better, and maybe we’ll have a chance that he’ll be closer to being game-ready on Saturday.”

Without delving too far into Cunningham personally, Boynton said there is a process on how student-athletes get back onto the court and that they aren’t going to skip any steps with Cunningham. Boynton said it’s about Cunningham’s protection.

The Cowboys had a quick turnaround between games coming out of their quarantine, playing Baylor on Saturday and Iowa State on Monday. The Cowboys and Cunningham now have some time to get right before playing Arkansas on Saturday in the Big 12/SEC Challenge.

“Yes, part of it is him getting back, going through the protocols, and he’s making progress,” Boynton said. “He was able to get on the court just for those warm ups Saturday. He was able to do a little bit of shooting [Sunday]. He did a little bit more [Monday] at our shoot around. I think we’re going to be off from practice [Tuesday] because we have to be. So, we’ll start evaluating again on Wednesday where his progress is as we head into the weekend.”