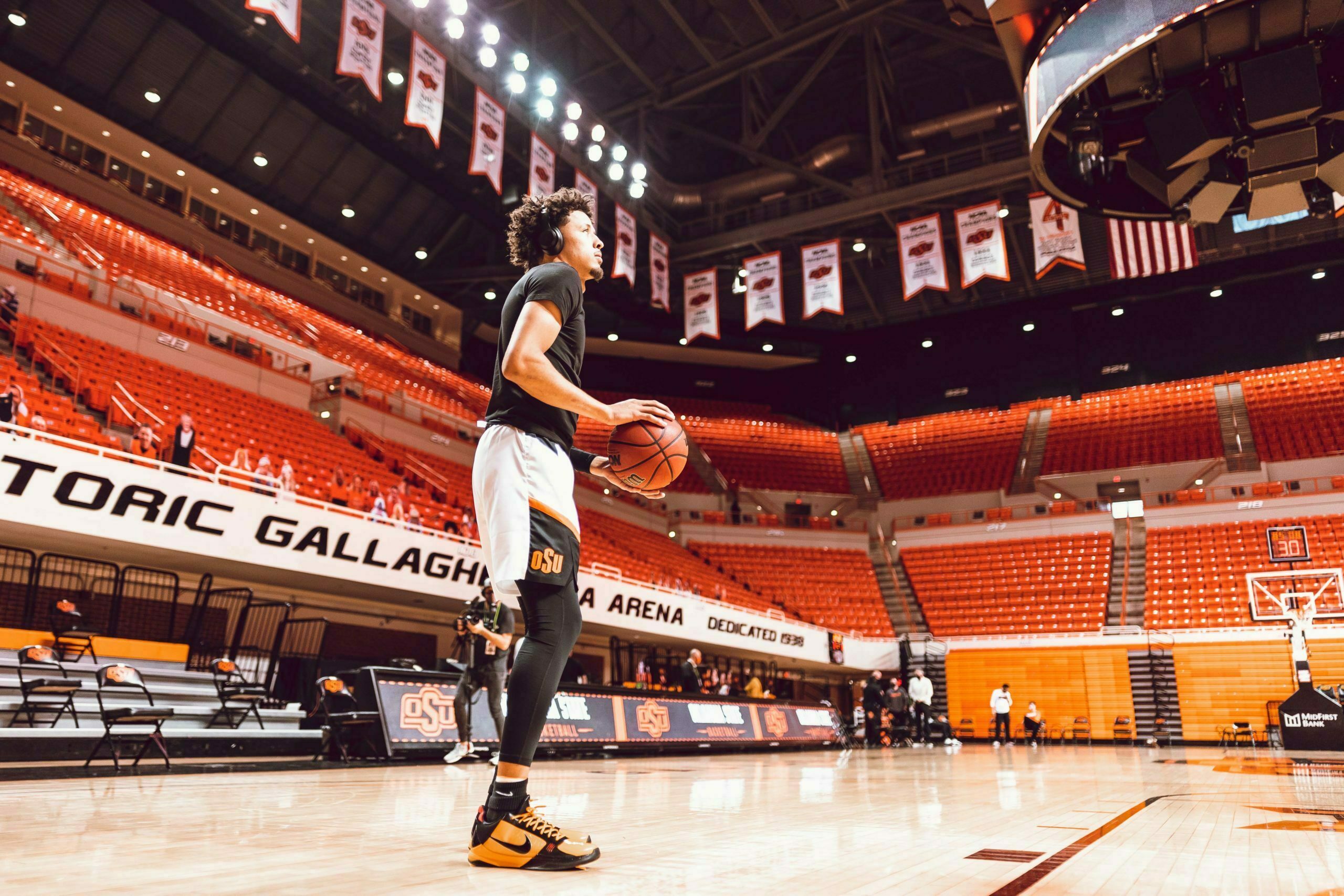 Cunningham emerged with Oklahoma State’s guards for warmups. He was wearing his game shorts and a shooting top, and it looked as if he was going to play despite early murmurs of him being unavailable.

But as the warmups went on, Cunningham and Rondel Walker were absent. It then came out that Cunningham was out because of COVID-19 protocol. OSU was just coming out of a weeklong suspension of team activities after a positive test that is now believed to be Cunningham.

That then raised the question, why was he able to be on the floor for warmups? OSU coach Mike Boynton explained postgame.

“Today was the first day that he was cleared for physical activity, but he couldn’t play a game having not practiced,” Boynton said. “He needed to be here, but he couldn’t play. I wasn’t gonna play him. I’m not gonna make him dress, and then be tempted to put him in when they’re making a run. I’m not doing that.

With Cunningham getting back into the swing of things, Boynton said it is “50/50 at best” that Cunningham is available for OSU’s game against Iowa State on Monday. Iowa State is a team dealing with COVID issues of its own, having not played a game since Jan. 9.

Walker being absent was because of an arm injury, according to Boynton. But Boynton said he wasn’t sure when Walker injured his arm.

“I actually just learned about it,” Boynton said. “So, we didn’t have shootaround this morning, so I don’t know at what point he actually got hurt. I didn’t see any of the guys until I was in a locker room, and I got told he’s having some issues with his arm and that we need to do an evaluation.”

OSU’s once fruitful guard depth is now growing thin. Along with Cunningham and Walker, the Cowboys were without Ferron Flavors (finger), Chris Harris (knee) and Donovan Williams (knee) on Saturday.

Williams and Harris are out for the season with their respective knee injuries, but Flavors recently got the cast off of his hand.

“Our first and foremost priority is to make sure that we keep these kids healthy and safe and put them in position that not only do they help us, but we help them,” Boynton said. “Not only while they’re here but long term.”