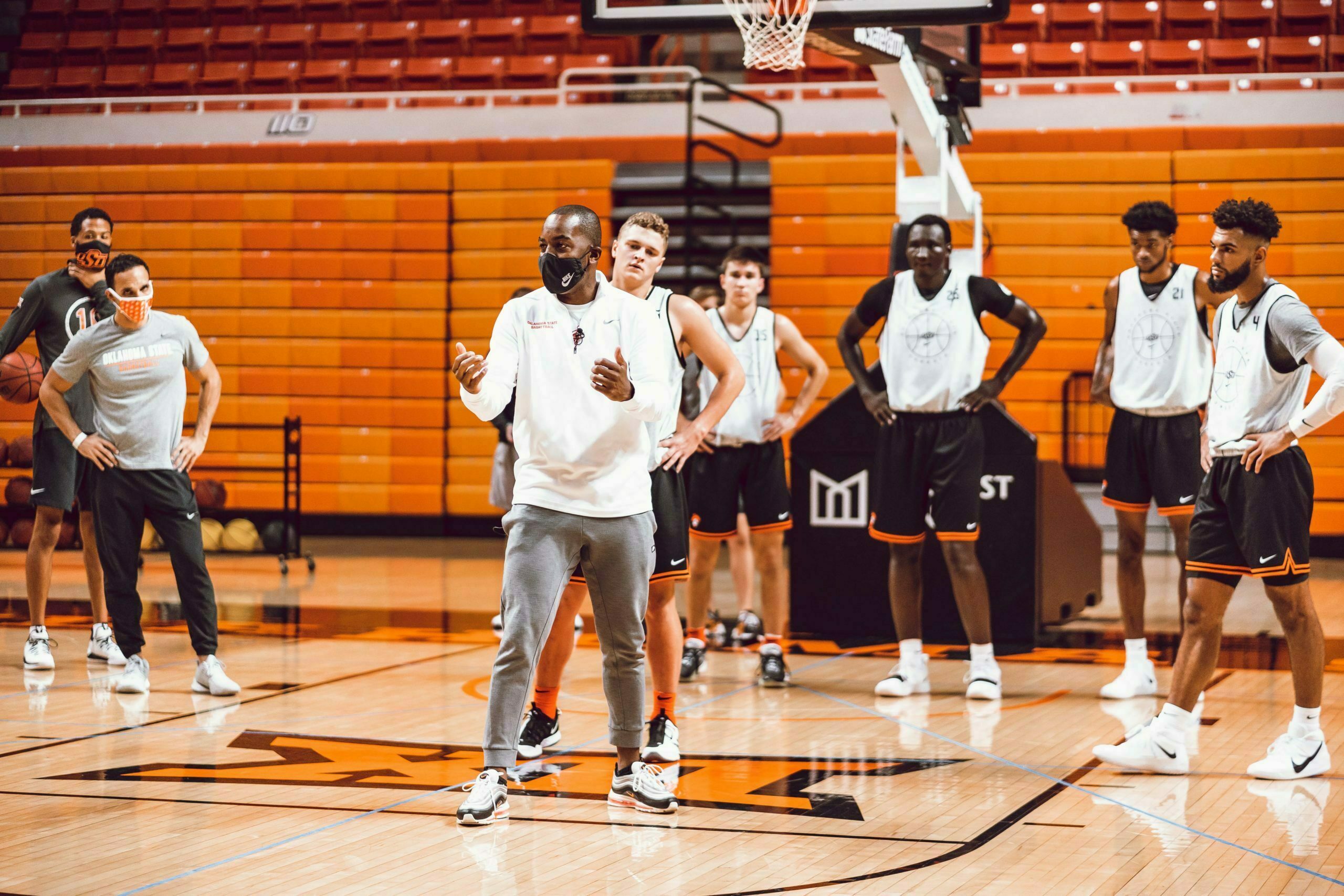 With the Cowboys having their first official practice Wednesday, they start the 2020-21 season with uncertainty to whether they’ll be eligible for the NCAA Tournament.

As part of sanctions related to the FBI’s probe into college basketball, Oklahoma State received a one-year postseason ban that they have since appealed. In his news conference Monday, OSU coach Mike Boynton said there is no update available to the appeal process.

“It’s not moving as fast as I think people thought it would initially,” Boynton said. “But I don’t know if we have any more clarity on the finality of it at this point. As soon as we know more information, we’ll pass it along.”

If the appeal process is still ongoing when the tournament rolls around, OSU will get to play in it. If the appeal is denied after that, the ban would go to the 2021-22 season.

The NCAA sanctions also included a loss of scholarships. That could get sticky thanks to COVID-19.

The NCAA Division-I Council voted Wednesday in favor of giving winter sport athletes an additional year of eligibility, according to Jeff Goodman. Goodman added that those with exhausted eligibility (seniors) wouldn’t count toward against the 13-scholarship limit.

If the NCAA’s sanctions against OSU hold true it would have to be worked out how exactly the Cowboys would drop scholarships with the extra eligibility being given.

“I have no idea,” Boynton said. “Hadn’t really even considered it until yesterday, it came up in a meeting. We knew that the council was considering it yesterday and maybe going to vote on it today. How does that affect whatever the outcome of our appeal is? It’s one of those things that’s way out of our control.

“Let’s focus on trying to recruit the guys we can, and if we have guys that want to come back for an additional year, I guess we have two guys who could fall into that category of exhausted eligibility would be Ferron [Flavors] and Bryce [Williams].”

The sanctions plus the pandemic put an odd fog around the most anticipated OSU basketball season since Marcus Smart was in Stillwater. Cade Cunningham, the projected No. 1 pick in the 2021 NBA Draft, said he rarely thinks about the sanctions and that things, in a way, feel business as usual.

“”Honestly, I never think about it until I get asked about it,” Cunningham said. “It’s never in my thought process. Basketball is something that I’ve always done and has always been a passion for me. When I go out there, everybody is just working out like we’re playing for a national championship. We never think about it.

“We still feel like we’re competing for a national championship, even if we aren’t, whatever. We’re just having fun and competing, really.”