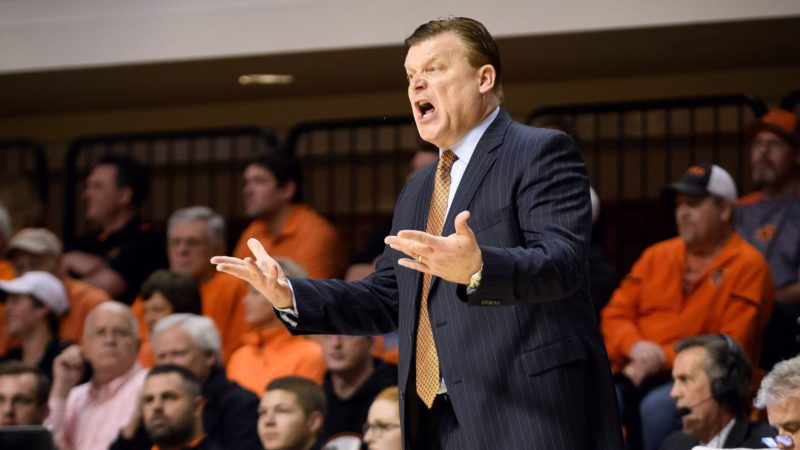 On Wednesday night in Stillwater, the Cowboys dropped their fourth straight and now sit as many games below the zero mark in league play. Kyle Porter wrote a great piece about OSU’s defensive identity and how it’s eluded them as of late — especially when it comes to forcing turnovers.

Brad Underwood had no qualms pointing out another issue that led to the Cowboys 10-point home loss.

“Late in the game you’ve got to be a big boy and get a rebound,” Underwood said post-game. “You’ve got to get loose balls. Those were in my notes pregame.”

Although the Cowboys won the battle of the boards for the night (36-33), there were chunks of time, especially late where they were getting owned by the Cyclones on the glass.

Earlier in the second half, the Cowboys had the upper hand. From the 14:57 mark of the second half to the 7:12 mark, Oklahoma State out-rebounded Iowa State 11-4. OSU had three offensive boards to ISU’s one during that stretch. Also during that stretch — the Cowboys took a one-point deficit (56-57) and turned it into 69-65 lead including their biggest lead of the night (67-62).

However, from the 7:12 mark to the final buzzer, the Cyclones returned the favor, out-rebounding OSU 10-5.  In that stretch, Iowa State outscored OSU 30-17. There was actually a part of that stretch where — on eight straight missed shots — OSU didn’t get a single offensive board.

Freshman forward Cameron McGriff led the team with four second-half rebounds but played just over three minutes of that last stretch after picking up two quick fouls with around eight minutes remaining.

Much like the Cowboys’ issues on defense, rebounding comes down to effort. And it’s something fifth-year senior Phil Forte may have addressed himself in practice on Thursday.

“If no one wants to be here, they can leave,” said Forte. “It starts with our preparation for Kansas Saturday. We have to bring it. If we have to play five guys who want to play, that’s fine.”