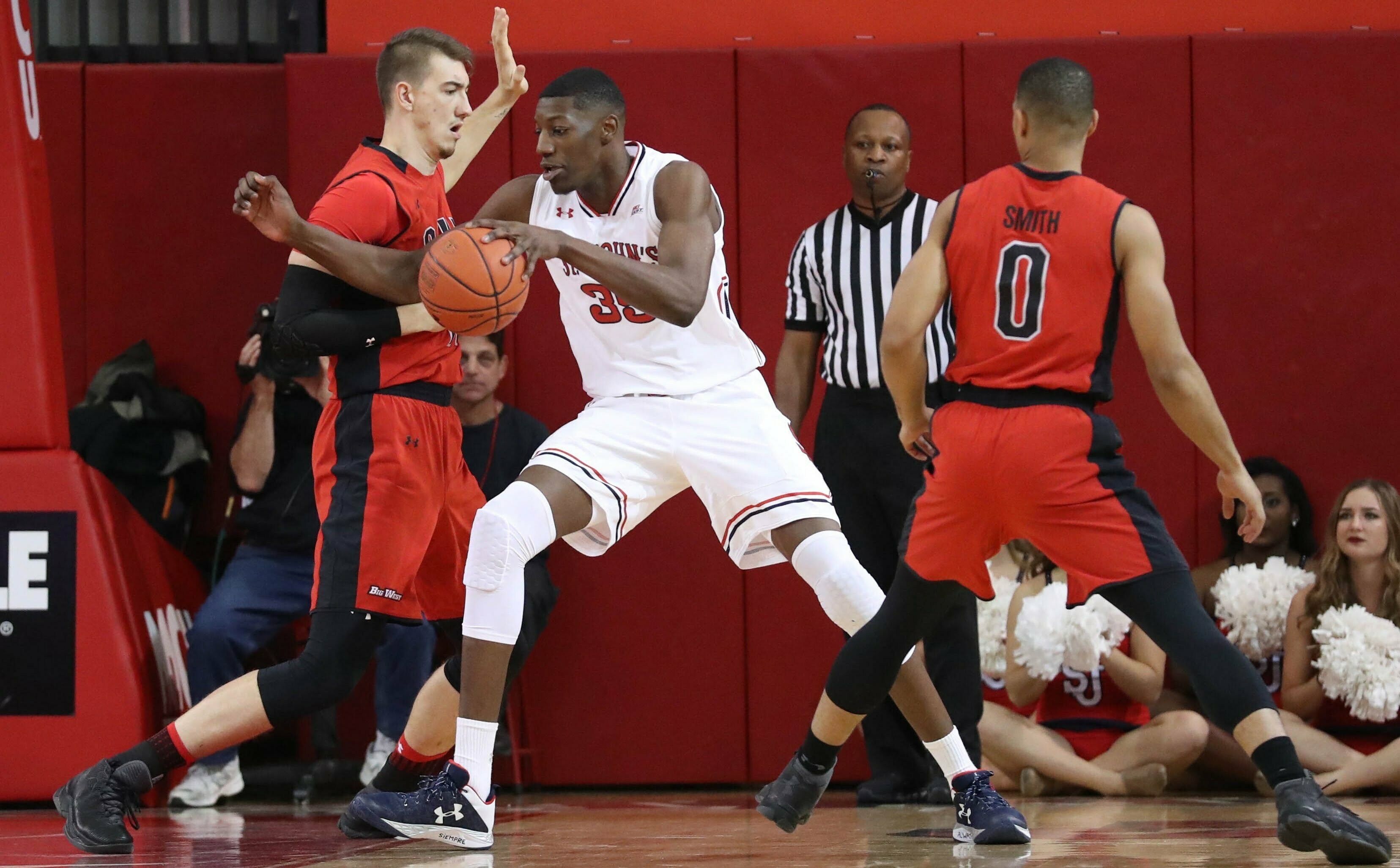 Oklahoma State got a big man transfer on Thursday as St. John’s center Yankuba Sima is heading to Stillwater. Here is Jon Rothstein of FanRag and CBS Sports.

St. John’s Red Storm transfer Yankuba Sima has committed to play basketball of the Oklahoma State Cowboys, a source told FanRag Sports. A sophomore, Sima informed Red Storm head coach Chris Mullin of his desire to transfer from St. John’s in mid-Dec. The 6-11 center was then granted his release from the men’s basketball program and received permission to speak with other NCAA Division I programs. [FanRag]

Sima, who announced he is transferring from St. John’s just weeks ago, will be eligible for Oklahoma State in 2018.  If he is in fact transferring, that is.

The sophomore center averaged 6 points and 3.5 rebounds per game this season, but saw his playing time greatly reduced after a breakout freshman campaign.

Sima will likely close out the big man recruiting for 2017, and joins Souleymane Diakite and Latravian Glover rounding out the frontcourt.