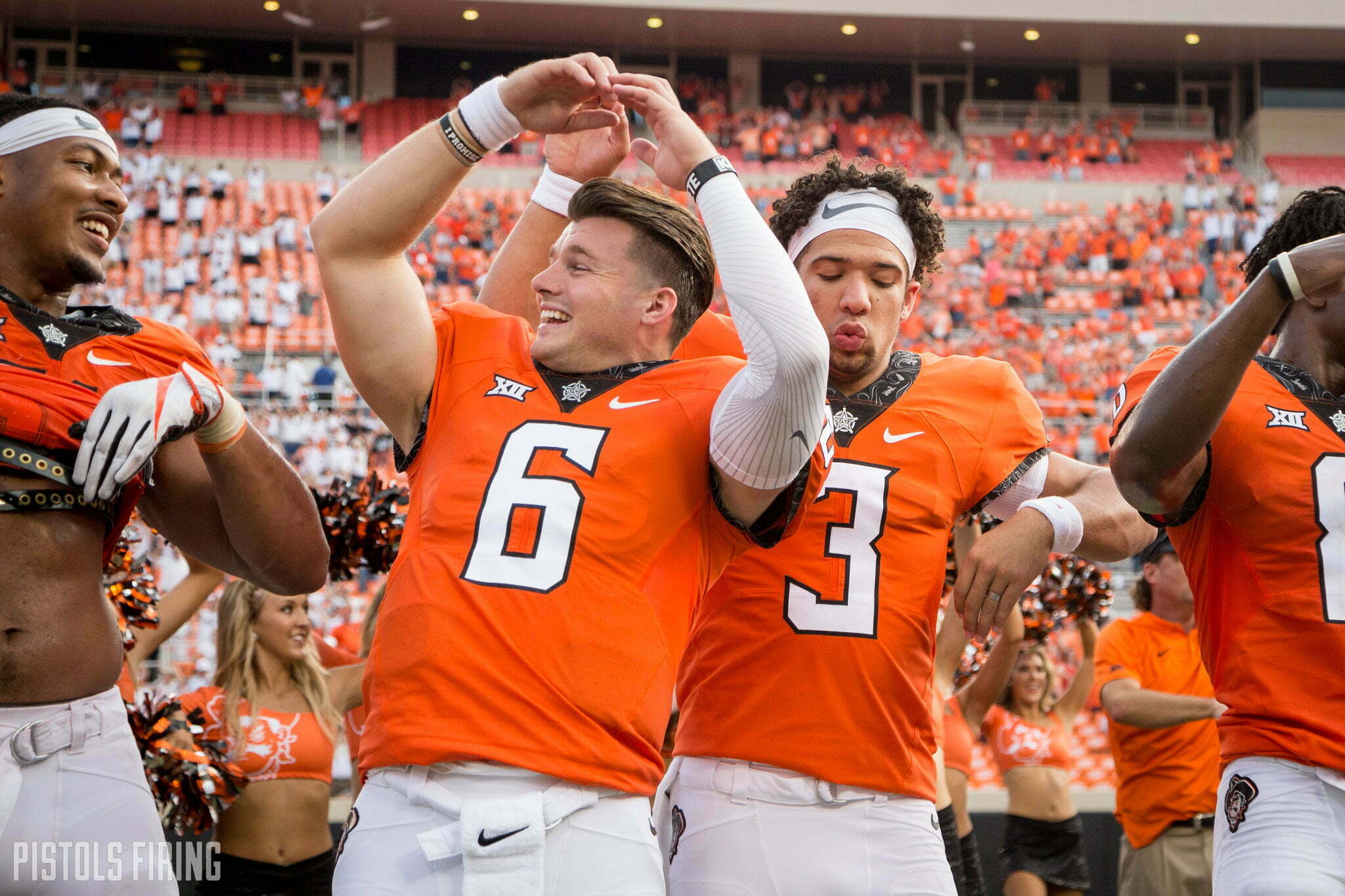 STILLWATER — Quarterbacks Spencer Sanders and Dru Brown had a sink-or-swim moment Friday, and it seems both are still breathing.

Oklahoma State offensive coordinator Sean Gleeson was in the booth for the Cowboys’ scrimmage Friday, leaving the two QB1 hopefuls self-reliant for the most part in navigating the offense. OSU coach Mike Gundy said the two preformed well Friday, and he seemed most excited about the fact that they combined for zero turnovers in the scrimmage.

“You have to distribute the ball to whoever gives us the best chance to win based on what the defense presents us, and then you have to take care of the football,” Gundy said. “Once you accomplish those two things, then you can go play and make plays. So, I was pleased we didn’t turn the ball over.

“They didn’t have any help, they were out on their own, so they did make a stride last week.”

Gundy said the two are still sharing reps as they scrimmaged some again on Wednesday.

Without going into too much detail, Gleeson said Sanders and Brown were good Friday, but he was also impressed with their days after. He said his group is good at attacking each passing day with the goal of getting better.

“Dru has been in a couple different offenses now, so he’s got a lot of perspective on the same set of plays but different coaching styles or different methods to do things,” Gleeson said. “We have dialogue sometimes about, ‘Well, at my last school, they talked about this play this way, and here they’ve talked about it like this.’ So, it’s almost like you’re talking to a football historian in that regard, much like a coach.

“Spencer, he’s exactly what you want out of a young kid, which is very humble and excited to be coached. Kind of like a blank canvas a little bit, whereas Dru is open to learning, but he’s got a lot more programmed in his brain from the couple of stops that he’s been at.”

After being behind closed doors for much of their time in Stillwater, Brown and Sanders will get a chance to showcase their skills to the public on Saturday during the Cowboys’ open spring practice.

“Both kids, they’re just tremendous to coach,” Gleeson said. “We gotta make sure that we get the most out of both of them, but I’ve been really excited to work with them every single day.”