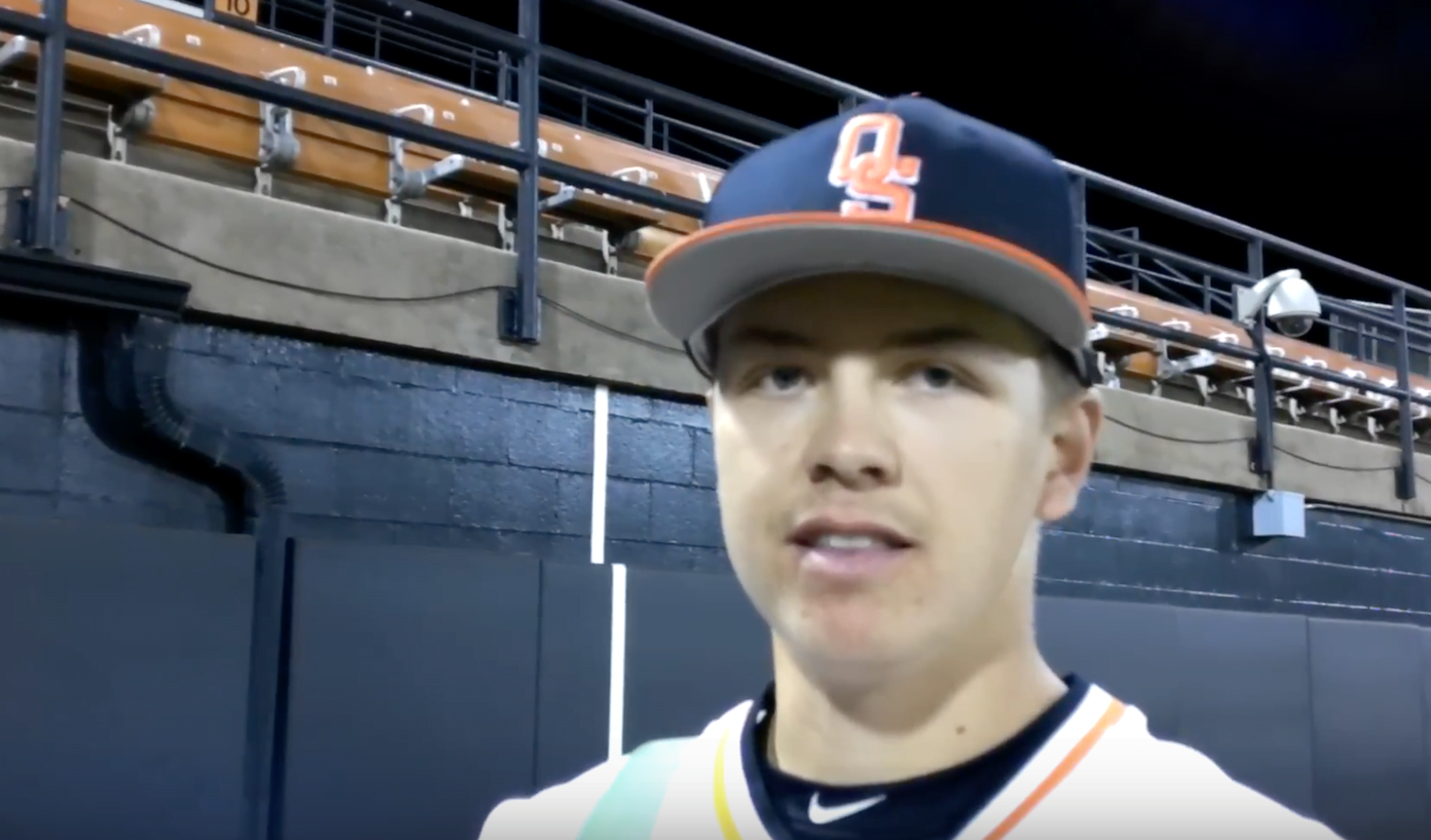 After giving up West Virginia’s only pair of runs in the top of the fifth inning, Oklahoma State ace pitcher Tyler Buffett returned for the sixth and blew past the side on seven pitches.

On his final out of the frame, a swinging strikeout of Cole Austin, Buffett lowered his tensed arms, jolted in exuberance and gave a quick yell. He was in his rhythm in the complete-game 3-2 win.

Pace was Buffett’s key. He faced live batters for only 53 minutes of the three-hour game Friday. He averaged fewer than six minutes of meaningful pitches an inning.

The Cowboy batters have told Buffett in scrimmages that working quickly is something that works to their detriment and his benefit, so Buffett said he has never understood pitchers who want to take their time and deliberate on each pitch.

“When I’m in a rhythm, or any pitcher is in a rhythm, pushing tempo is key because you don’t have time to think in between pitches,” Buffett said. “You just grip the ball and go.”

Catcher Travis Wacker said working a game like that is a lot more fun from behind the plate. He said when the pitcher is in a quick rhythm, it keep the defense on its toes.

“I was just trying to get the ball back to him as fast as possible and get that sign down, so he can keep throwing,” Wacker said.

Wacker was quiet at the plate going 0-for-2 in his first game back since breaking his right index finger, but he could afford to be. With Buffett on the mound, the Cowboys didn’t need much.

Third baseman Garrett Benge earned a fortunate bounce in the first inning on a ball hit at Mountaineers first baseman Jackson Cramer. The chopper hit about three feet in front of Cramer’s glove and sailed, somehow, over his head. Benge was in for a double and scored Ryan Sluder.

After OSU went four scoreless innings, center fielder Garrett McCain had runners at first and second. He drew to bunt with nobody out. As defense creeped toward him, McCain pulled the bat back and slashed one that landed just behind the infield. The FOX crew said, “Whoever called that deserves a pat on the back.” Coach Josh Holliday said that would be McCain.

That drew the score tied, and Collin Simpson delivered a bloop single to right that scored what turned out to be the winner. That was the extent of the Cowboys offense though. Buffett did the rest.

To finish the game, Buffett threw four hitless innings with four strikeouts, including striking out the side in the eighth, to add to his earlier three. It was the Cowboy’s first complete game of the season and the latest since Thomas Hatch did it May 6 against Prairie View A&M.

Buffett said he knew after the third inning, having thrown home only 28 times, he could go a complete game. First pitch was at 6:30 p.m., and by the fourth, players were still batting with their sunglasses on. That’s when he realized how efficiently he was throwing, Buffett said.

After the fifth inning, pitching coach Rob Walton came up to his ace and let him know what he wanted, Buffett said.

“Let’s get back in a rhythm,” Walton said. “And let’s complete-game this.”

Sluder said when Buffett is rolling like he was in Friday’s series opener, there is only one thing to do.