The Ramon Richards story is a great one. Wasn’t supposed to walk and ended up getting recruited by Yale. (O’Colly)

Maybe only interesting to me: The Big 12 has 88 rushing touchdowns and 83 passing so far on the season. (Big 12 Sports)

Cool breakdown of A&M’s game-winner from Saturday. OSU could stand to do this more often. (CBS Sports)

Is the Daxx deep ball and Tyreek’s speed the perfect marriage? (NewsOK)

OSU and Iowa State will both try to run (related: water is wet) — what’s interesting to me is that Daxx has set the stage that he’ll beat you deep if you try to stop the run like Tech did. That’s important going forward. (ESPN)

In three of the previous four seasons, the Cyclones recorded an upset of a nationally ranked opponent. (Tulsa World)

This is absurd! Honorable mention defensive end?! Where are the orange slices and Capri-Suns? (Tumblr)

The tight end is back! Great story by John Helsley. (NewsOK)

On the “run-and-heave” offense: Basically, Garman struggled when OSU fell behind schedule, but the Pokes’ big pass plays were so big that it didn’t matter. Hard to rely on that, though. Actually, it’s pretty easy to rely on that not working very often. (Football Study Hall)

We went deep dive on the chrome helmets in this week’s Uni Roundtable. (PFB)

Glenn Spencer on Kevin Peterson: “They see how he approaches practice and when we’re doing scout reps he’s not backing up, he’s not going through the motions. The harder they practice it translates to Saturday and Kevin does that, so it’s good for the young guys to see … ‘He’s practicing like this? Against the scout team on a Wednesday?’ Then they say, that’s probably the way it’s supposed to be done.” (ESPN)

I missed this last week — it was the best.

I wish I could have had my phone during games to read tweets on the sideline. That way I always would have known where to throw the ball.

The paddles are a real thing.

This shirt is awesome. (Celtics)

Marcus Smart on the difference between college and NBA practices: "It feels good to come from practice and not have to go to class!"

Jordy Mercer and Tyler Lyons are your two former OSU players playing in the postseason this year. (Big 12 Sports)

Could Mike Holder save the US in the Ryder Cup? (PFB) 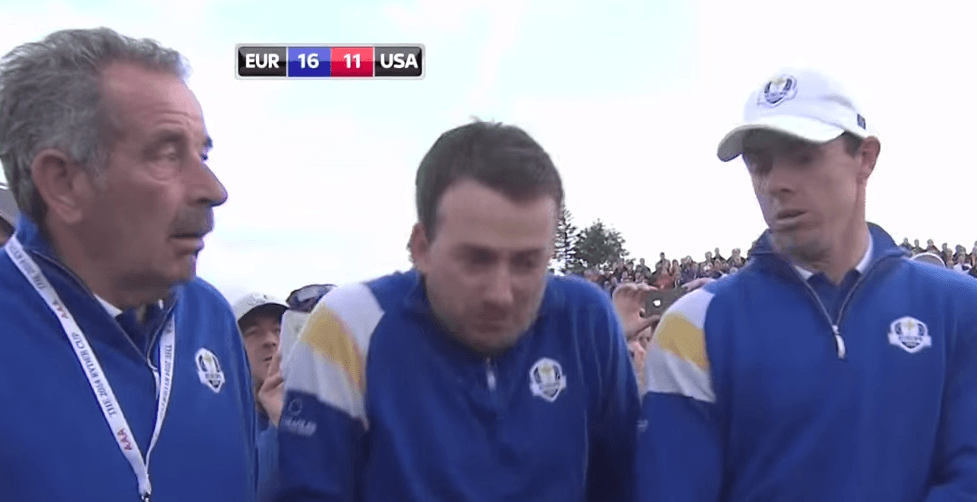 This conversation between Arianna Huffington and Kobe (not a typo!) is just amazing. Kobe fascinates me every time. (NYT)

Why keeping a “no list” is important. Interesting. (99U)

Wild: Look at how much more time folks who come to sites directly spend there. (Pew Research)

I can confirm that I am not the person living in Dallas with ebola. (Gawker)