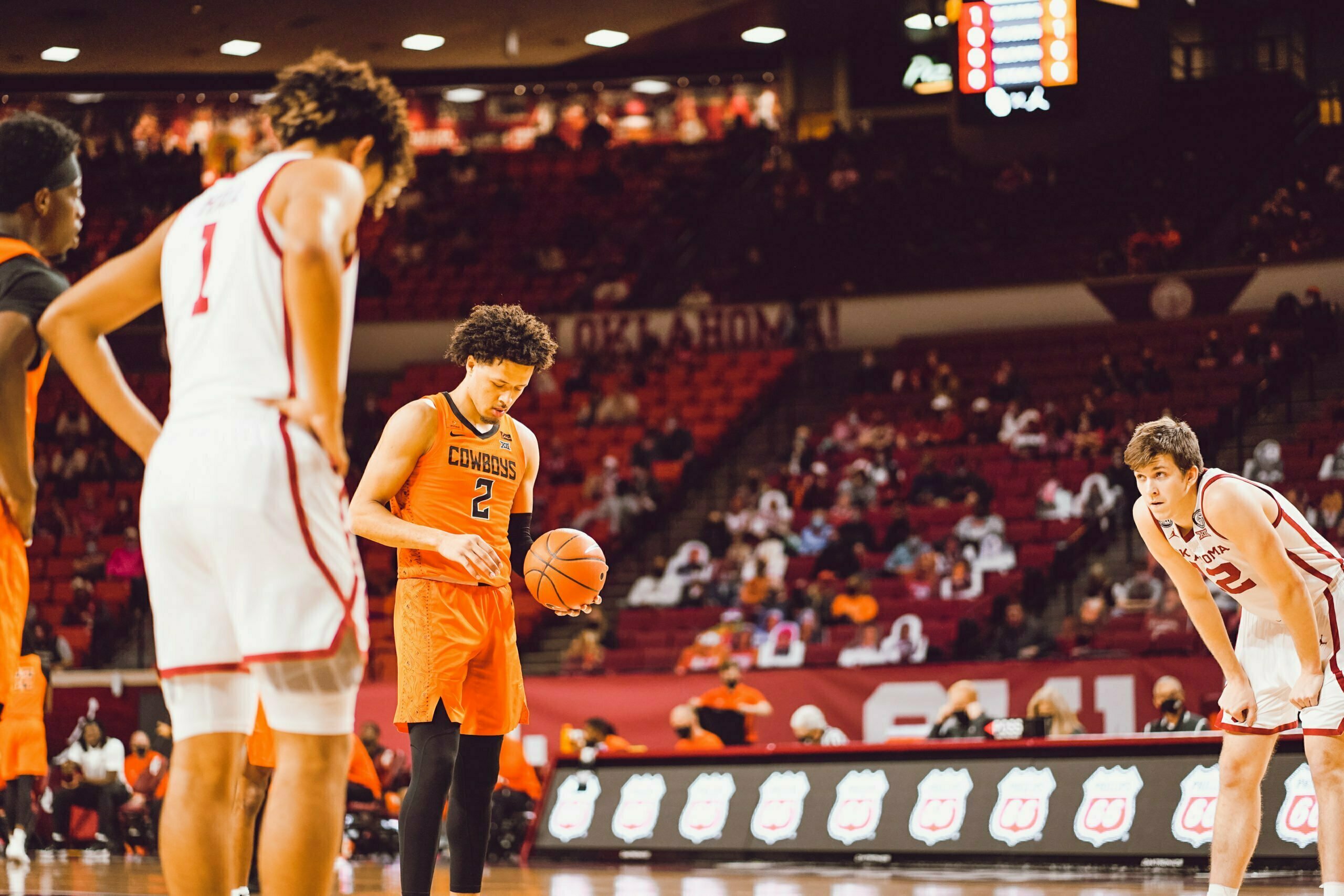 It’s not every year that you get to witness a generational talent suiting up for your favorite school on a weekly basis, and it’s not every day that they gift you with a memorable performance such as Cade Cunningham bestowed upon Oklahoma State fans on Saturday.

In a game that matters more, and in a place where wins have been scarce of late, the unassuming superstar fervently stamped his name on Lloyd Noble Center’s yet unnamed wooden court with a scowl.

Elvis Presley once performed back-to-back concerts on that floor, as LNC historians are eager to point out. I think the King himself would have tipped his crown to the savant that rocked the house in his exclusive appearance. One night only, folks. I hope you got your ticket.

Maybe Cade was unofficially submitting his name for approval. “Cade Cunningham Court” certainly has a nice ring to it, but I’m not sure the OU Board of Regents would oblige.

“They’ve been talking about it pretty much the whole season, how big Bedlam was for us,” Cunningham said of his teammates after the Cowboys’ 94-90 overtime win. “…I knew how much it meant. I tried to carry that into the game, carry that mentality like I’m playing for more than myself.”

It’s a shame that there were less than 3,000 in attendance for such an historic flex on a storied arena, and it’s an absolute travesty that COVID will keep Cade from experiencing a single sellout crowd at Gallagher-Iba Arena during his tenure. I’d love to hear 13,611 roar when his named is announced on Monday night, or experience the Ol’ Girl sway if he follows up Saturday’s outstanding outing with another all-timer to sweep Bedlam.

Cunningham is not a star, he’s a superstar — and has been for some time. The No. 1 high school recruit started off his college career rattling off back-to-back 20-point outings, and he never slowed down.

Even when he toughed out a rare tough-shooting night, Cade knew he had ice in his veins. Remember that go-ahead, ultimately game-winning 3-pointer at Wichita State? He said that he “knew” he would take the last shot.

Since then he’s done nothing but bolster (and augment) his cachet as the country’s top prospect.

Coming into Saturday’s Bedlam game his 18.7 points per game lead the Big 12. If his career ended on Feb. 27 at 1:59 p.m. he would have tied Byron Houston for the best PPG career average in school history. He more than doubled that average against the No. 7 Sooners, playing 44 of 45 minutes, of a game in which his team needed every minute, and every point.

One of the few knocks (if it is a knock) on Cade is that he’s not assertive enough early in games, deferring to teammates and stuffing the stat sheet elsewhere instead of the hoop. But on Saturday he started and finished the game with a purpose.

Cade made his first of three 3-pointers on the night just three minutes in, and started 3-for-3 from the field. He had 13 by halftime on just seven attempts.

“We came in with a chip on our shoulder, wanted to win for our team, for our school and we did that,” Cunningham said.

He started the second half slow in the scoring department, not making his first field goal until the 9:32 mark. But it was a big one.

Following that display of mesmerizing machismo, Mr. Clutch proceeded to unleash his most stone-cold finish yet.

His 40 points ties Keiton Page and JamesOn Curry for the fifth-highest scoring total in OSU history.

Mike Boynton was around for the highest Bedlam scoring total by a Cowboy during his first year in Stillwater.

“Jawun Evans’ performance in Stillwater my year as an assistant coach was pretty damn good,” said Boynton on Saturday. “I think he scored like the last 20 points of the game, but I think you’ll have to dig pretty deep to find one better than this.”

Evans dropped 42 on the Sooners in GIA back in 2016 which is still the tied for the No. 3 scoring output by any Cowboy ever. But even the silky scorer that he was, it took Jawun 31 attempts to get there and the Cowboys still fell short. Cade scored two less on 10 less shots and, most importantly, got the W.

“I think getting the win was how I wanted to put my print on Bedlam,” said Cunningham. “Having the trust from my coaches and my teammates allowed me to get 40, but I think we all played to win. That’s what I’m most happy about.”

As big as rivalry games are, this was for more than bragging rights. For the first time in Mike Boynton’s tenure, OSU will be a tournament team and OU was a Top 10 opponent. Cade has elevated the program and the stakes in his single season in Stillwater.

“Obviously there’s been a lot made about his performance this year and I think people will know that he’s a really good player. I think I said it maybe two weeks ago,” Boynton said with a smirk, “you need to appreciate what you’re watching. It’s special.”

The good news is that, if it is the spirit of Bedlam that brings out the best in OSU’s best player, you won’t have long to wait for another memorable display because the Sooners are coming to Cade’s house on Monday night. Following that game will be two more road trips to current-Top 10 teams in Baylor and West Virginia. Then, the Big 12 Tournament followed by the Big Dance.

I, for one, will do my best to heed Boynton’s advise. Cade Cunninghams don’t come around all that often, and they’re gone before you know it. Savor this win and try not to blink over the next couple weeks or so, or you just might miss something spectatular.