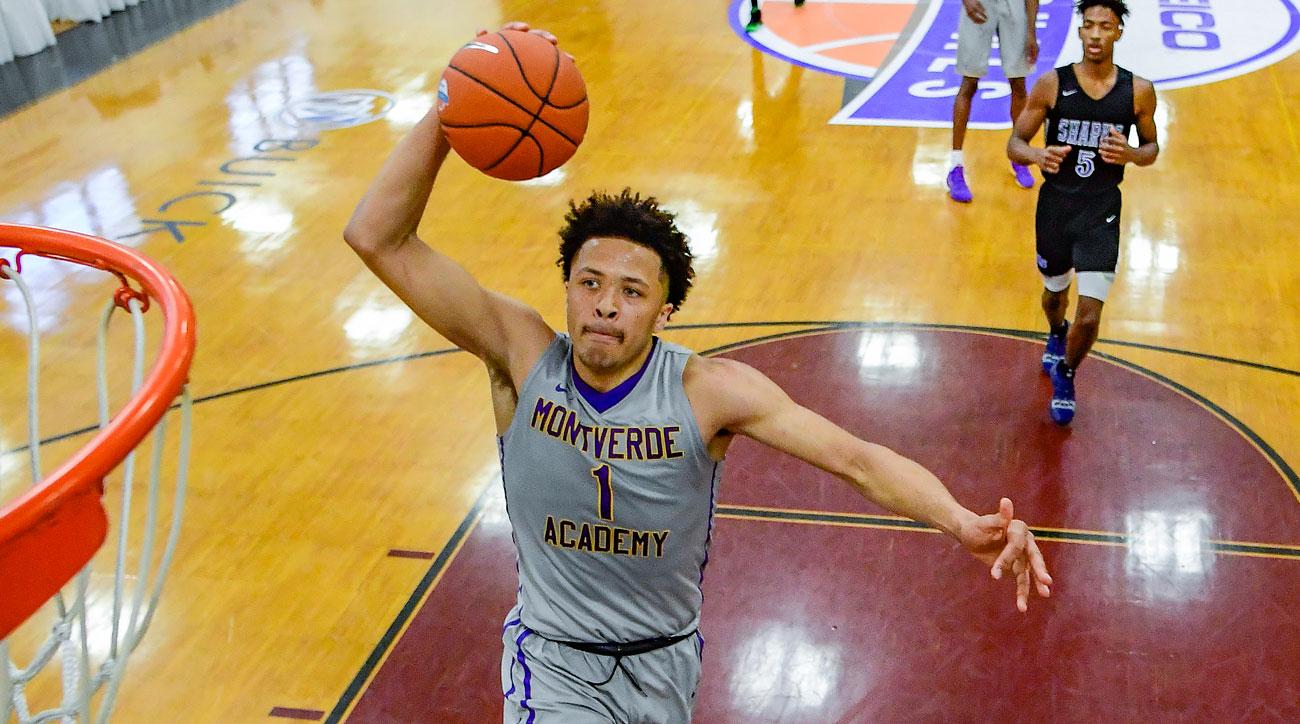 Arguably no single player in the 2020 recruiting class had a stronger summer than five-star point guard Cade Cunningham. He dominated on the Nike EYBL circuit, and was the most impactful player with Team USA and their venture to win gold this summer. Rumblings leading up to this fall have suggested he’s the single best prospect in the 2020 class.

In updated recruiting rankings this week, those rumblings proved wrong — but they were close. 247Sports and ESPN both updated their 2020 class rankings this week, and both list Cunningham as the No. 2 player in 2020 behind only USC-bound Evan Mobley. 247’s Evan Daniels said this of Cunningham and his closing of the gap in recent months:

Pushing Mobley for No. 1 is Cade Cunningham, who arguably put together the most consistent and productive spring and summer of any player in the country. A jumbo guard, Cunningham is a versatile and competitive two-way player.

Slotted as a combination guard, Cunningham is the best with the ball in his hands because of his impressive feel for the game and ability to pass and create. At 6-foot-6, he has tremendous size for a guy that can play on the ball. He’s also equipped to play off of it. He’s strong, tough and athletic. Those qualities help make him one of the best perimeter defenders in the class, and he has the ability to guard the one, two or three. [247Sports]

ESPN had a similar stance, a similar debate and, in turn, it produced a similar result. Mobley is No. 1, Cunningham is No. 2, and there’s a case to be made that after Mobley missing most of the summer, it’s maybe a 1A, 1B type of scenario. Here’s ESPN on the subject.

No one had a more dominant summer than Cade Cunningham, who was a monster on the circuit for the Texas Titans and had some major moments for the USA U19 squad that won gold in Greece.

“There was no question who the leader was on that U19 gold medal team,” said USA Basketball director Don Showalter of Cunningham, who led a squad coached by Kansas State’s Bruce Weber that was made up of both college and high school players.

Cunningham separates himself as a big point guard who has a special ability to make others better and still produce points while playing tenacious and tough defense. Though the speed and physicality of the college game won’t bother Cunningham, his long-range shooting still needs plenty of polish, which helps keep him behind Mobley our rankings. Cunningham projects as a solid long-term player because of his talent and winning traits, but does not have the same potential as Mobley or Green. [ESPN]

As for some other interesting in-state targets, Bryce Thompson moved to No. 14 overall at 247Sports and No. 24 at ESPN, both of which keep him at five-star status. Putnam City West guard Rondel Walker fell 15 spots at 247 to 141, but climbed 25 spots to No. 45 at ESPN.