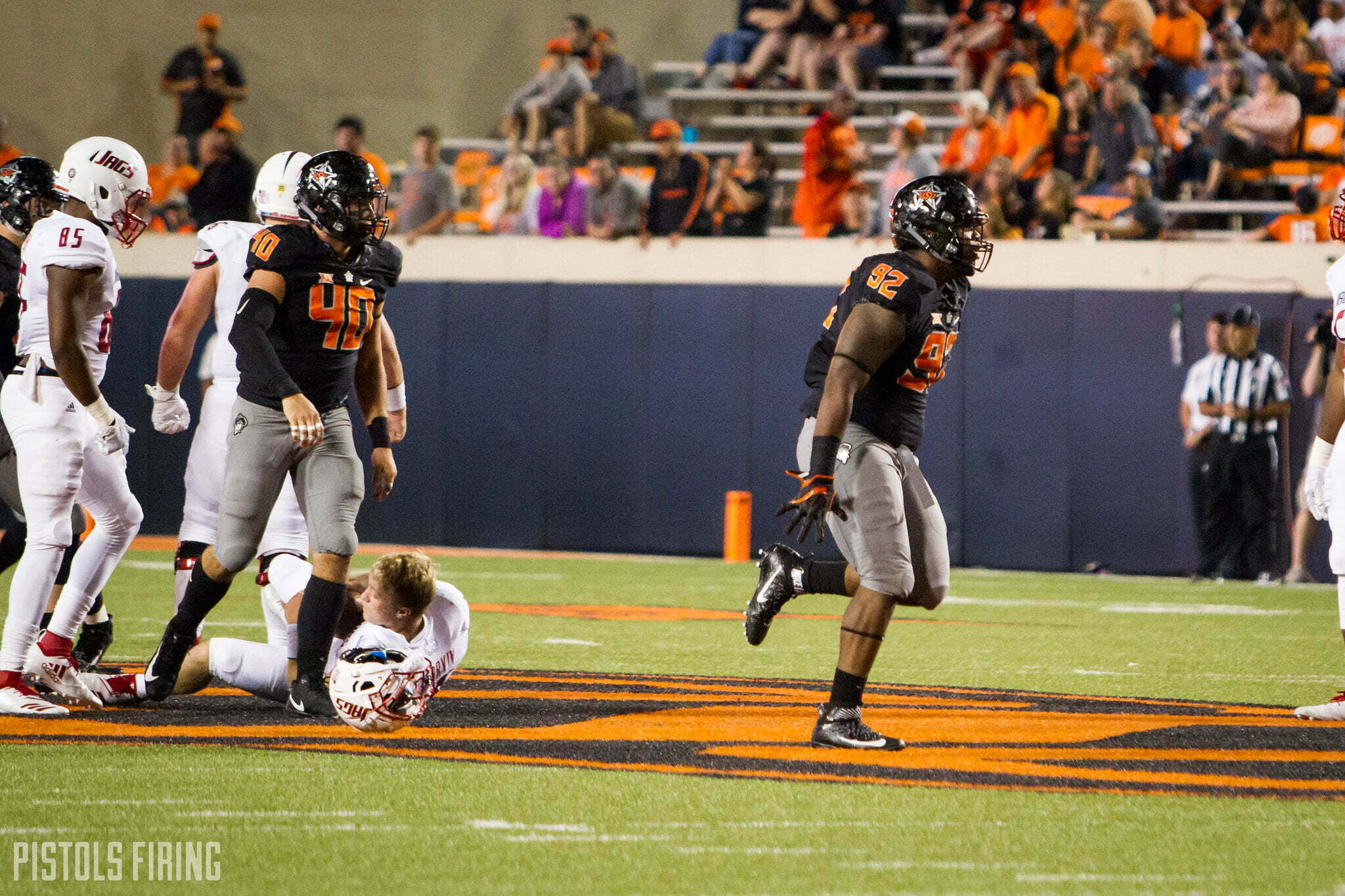 The Cowboys had a lot of depth on their defensive front this past season, but a leader from that group is moving on.

Cameron Murray announced Tuesday that he will forgo his remaining year of eligibility and has decided to enter his name into the 2021 NFL Draft. Murray was a redshirt senior this past season, but could’ve returned with the extra eligibility granted to players because of the pandemic.

Murray played in all 11 of the Cowboys’ games in 2020, where he recorded 22 total tackles, six tackles for loss and three sacks on the interior of the Cowboys’ defensive line.

He came to Stillwater as a member of the 2016 recruiting class out of Bryant, Arkansas. He was a three-star recruit and picked the Pokes over offers from Arizona, Kansas, Arkansas State and others.

Although Murray had a celebrated career, the Cowboys should be OK on the defensive interior with guys like Israel Antwine, Brendon Evers, Sione Asi and Samuela Tuihalamaka expected to return. The Cowboys will also have Arkansas transfer Collin Clay back after he missed all of the 2020 season with a knee injury.

OSU’s defense will return some quality experience with guys like Malcolm Rodriguez and Tre Sterling already announcing they will return. However, the Pokes will also have to replace some key guys with Amen Ogbongbemiga, Kolby Harvell-Peel and now Murray all announcing they are entering the draft.