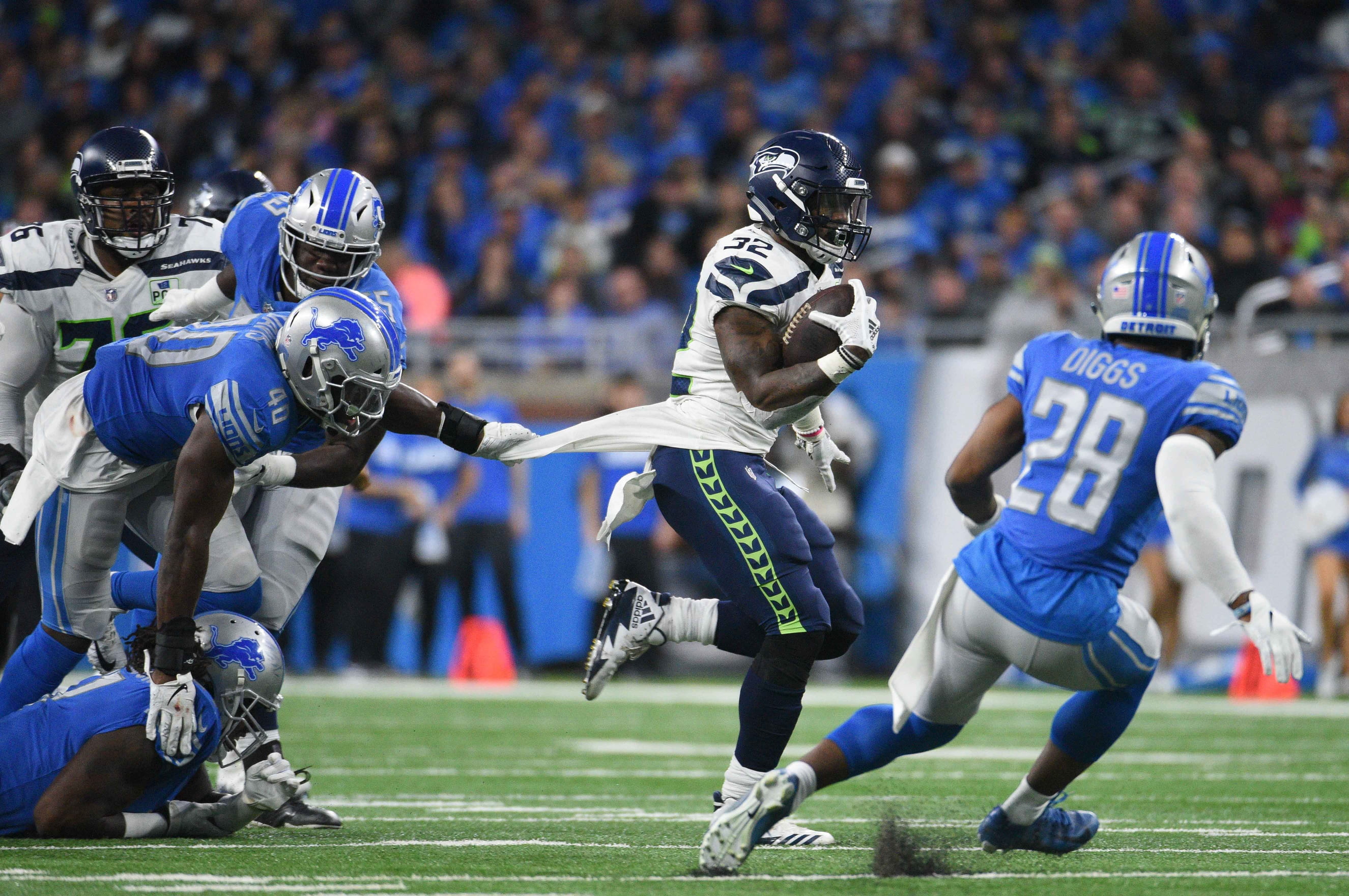 The NFL postseason is churning along as we head toward the conference championship round this weekend. With the Cowboys and the Chargers taking a loss, OSU fans are now without a dog in the fight in that race to the Super Bowl.

With all of Mike Gundy’s pupils now in offseason mode, here’s a quick recap of how some of their seasons went.

Carson, finally healthy for most of season, proved to be a force behind an improving Seattle OL. He put those who passed on the seventh round pick (and fantasy owners for next year) on notice.

The former undrafted free agent turned into a sleeper star for Dallas in the wake (and shadow) of departed future hall of famer Jason Witten. It’s been tight end by committee in Big D the last two years, but Jarwin led that committee in catches, receiving yards and scores this year and has built a nice connection with QB Dak Prescott.

The Browns took a step forward in 2018. After suffering through a 1-31 start to his career, Ogbah was a big part of 7-8-1 team that was in the playoff conversation late. Oh yeah, and that Baker guy had something to do with it. Ogbah seems to have carved out a spot on a young and talented defense that finally appears to have an existent offense to play off of.

Flowers made the unlikely transition of college safety to starting NFL cornerback, and he did it surprisingly well. Whether or not he enjoys the success or comes close to the level of a Richard Sherman — who followed a similar path — is yet to be seen, but Pete Carroll has an eye for talent and he likes what he’s unearthed in Flowers.

Another seventh round pick who finally got a chance to showcase his skills midway through the year. Ateman showed his potential on a rebuilding Raiders roster. He should have even more chances to shine in Year 2.

Washington had the definition of an up-and-down rookie season. An exciting preseason was followed by spotty targets, healthy scratches and a some public controversy with Ben Roethlisberger (a Steeler’s rite of passage), but Washington showed some nice things along the way. With Antonio Brown apparently on his way out, the Prez’ second term in Pittsburgh could be a big one.

Taylor suffered his second season-ending injury in as many years. But before that injured foot landed him on IR, the second-year defensive tackle was turning heads in South Beach. Pro Football Focus tabbed Taylor as the Dolphins’ No. 2-rated defensive player and the 19th-highest rated interior defensive linemen in the NFL at the time he was sidelined.

During his second year as Philip Rivers’ starting left tackle, Okung and his Chargers turned in the NFL’s top passing offense. Los Angeles fell on the road to New England in the AFC divisional round.

Lane Taylor has been one of the few constants on the mash unit that was Green Bay’s offensive line over the last two seasons. With a coaching change and some roster moves in 2019, the Packers will look to avoid missing the playoffs for a third consecutive year for the first time in nearly 30 years.

Coming off of his first missed time last season and his waiving by the Cowboys this year, Dan Bailey landed in Minnesota. But the NFL’s former most accurate kicker has not been the same since that groin injury last year. He’s finished each of the last two seasons with a 75 percent field goal completion rate.

The former college and now pro journeyman saw his reps drop off significantly during the second half of the season. He was relegated to special teams only by Week 10 and then was a healthy scratch the last three weeks of the regular season for the Jaguars.