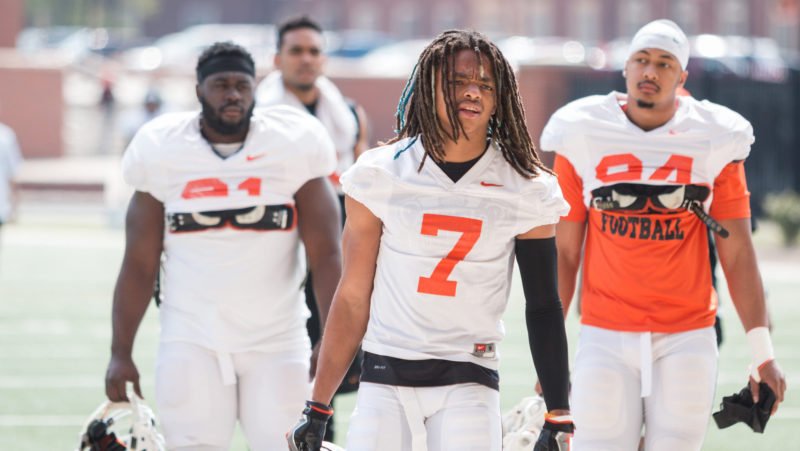 Senior safety Ramon Richards has seen fluctuating effectiveness during his three years at OSU. He lead the team in interceptions last season yet gave up multiple deep balls in man coverage. But ever since playing as a freshman, Richards has been scrappy, opportunistic and always around the ball. With the 3-3-5 defense expected to play a larger role in the Cowboys’ defense, Richards’ move to safety not only makes sense, but it should also make him a better player.

The 3-3-5, also called the “30 stack” defense, features three lineman, three linebackers and five players in the secondary. The standard placement has the linebackers stacked directly behind the lineman with one high safety and two hybrid safeties on either side of the formation. Most defenses will move both the linebackers and secondary around to confuse the offense, as it becomes unclear who’s blitzing or what coverage they’re in. It can also adjust to even or uneven formations, and there are multiple variations of it used across high school and college football. 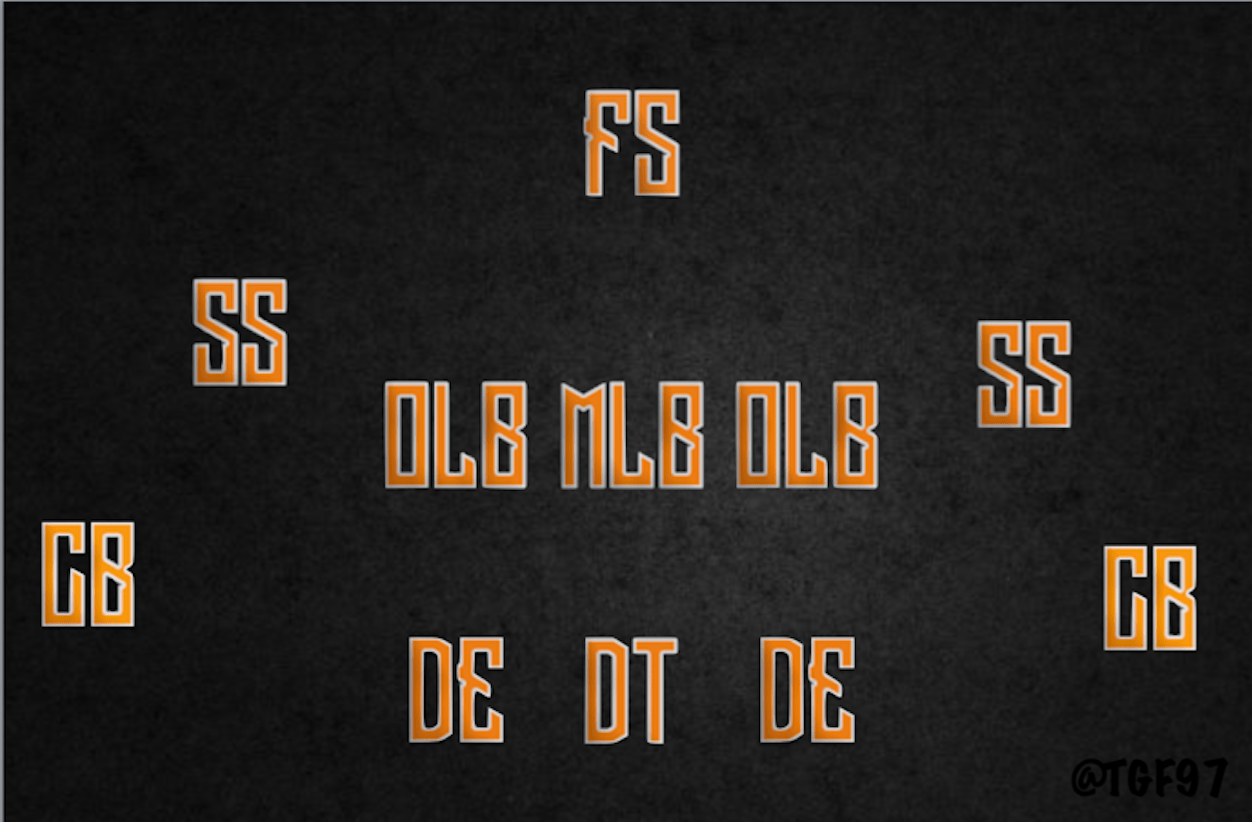 Although there’s usually one strong safety in a formation, this defense features two defenders who play the role of the traditional strong safety (being able to help with the run and defend against the pass). It’s similar to the “spur” position that Jordan Burton and Calvin Bundage occupied last year. In this defense, the safeties can play the deep ball in cover three situations, splitting the deep responsibility into thirds alongside the free safety. They can come up to the line to help with run support or press a slot receiver. Or they can hover around the middle of the field in a “robber” role, attempting to take away any short or intermediate throws. They can also cover the flats or blitz, as the traditional 3-3-5 is a blitz-friendly defense.

Richards has proven that he’s at his best when he doesn’t have a man-to-man responsibility. He excels in zone coverage, and he’s often able to force turnovers by being in the right place at the right time. This defense should fit him well, as he won’t have as much man-coverage responsibilities, and he will be able to roam around the field and make plays using his opportunistic instincts.

According to his fellow players, he has already started doing it in practice. “He’s doing some different things as far as moving and trying to deceive me,” starting quarterback Mason Rudolph said during Big 12 Media Day. “He does a lot pre-snap … Lately, I don’t know what he’s doing. He tries to cheat because he knows our schemes and how I like to throw the deep ball. He tries to rob some things.”

The 3-3-5 was used rather conservatively in 2016, as the Cowboys predominately used it in pass situations (sans Kansas State for some odd reason). But with the hiring of defensive analyst Brian VanGorder (who ran this scheme at Notre Dame), more looks in the spring game, and multiple members of the coaching staff commenting on the formation’s increased usage, it’s likely that it will take on a better role. If so, Richards should be able to use his high defensive awareness and knack for forcing turnovers to have an even more productive season in his senior year.