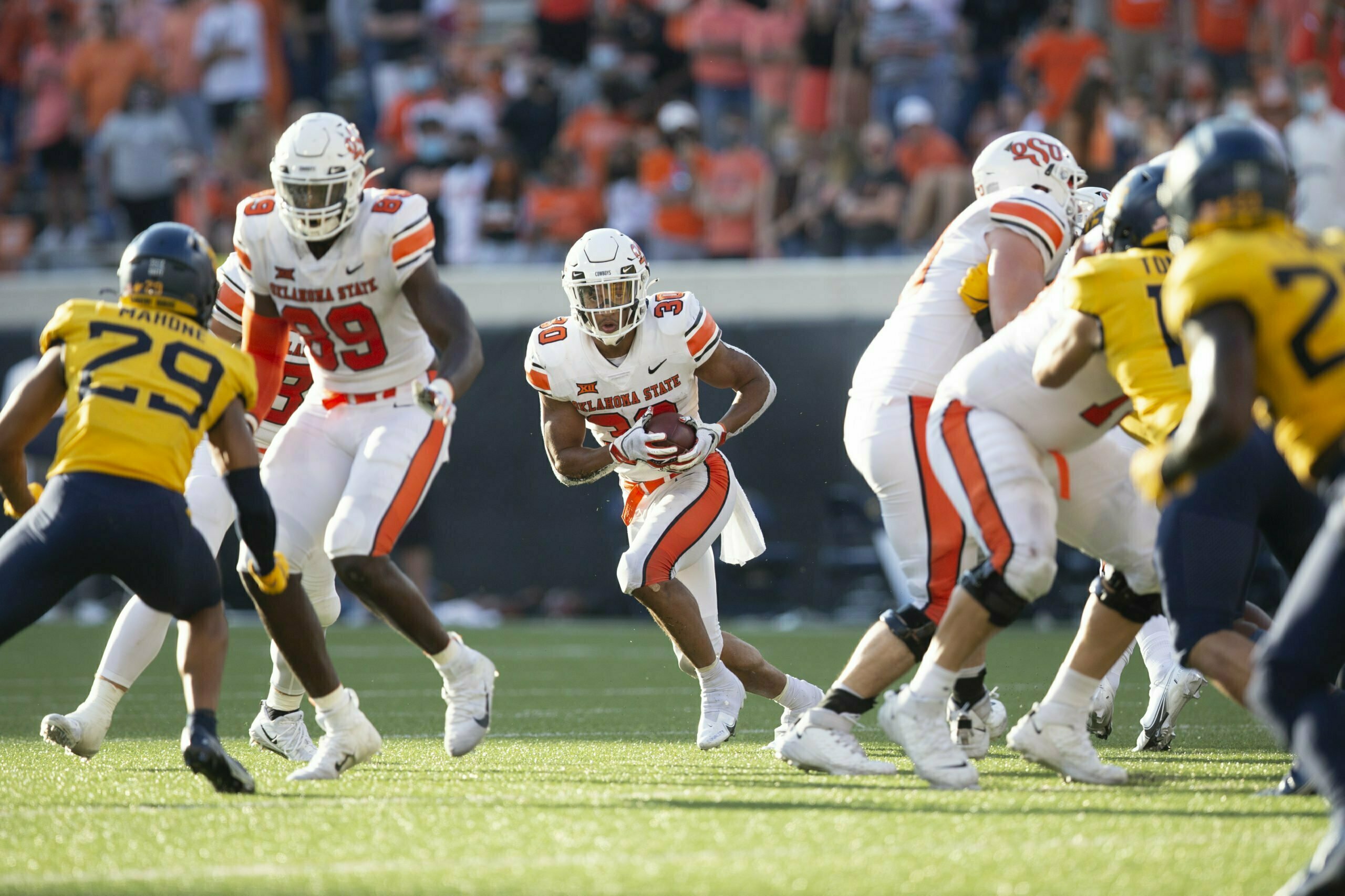 Chuba Hubbard eclipsed the 3,000-yard mark this past weekend, becoming just the 10th Cowboy rusher to do so. Hubbard now boasts a career mark of 3,028. In the Tulsa game, he surpassed Gerald Hudson (2,924) for 10th on OSU’s all-time list.

Having only a 10-game season hampers Hubbard’s ability a bit to climb up that list. He averaged 97 yards a game in OSU’s opening two. If he did that for the remaining eight games, he would finished the year with 3,804, just ahead of Barry Sanders.

What’s impressive (and kind of scary) is that Hubbard is only a redshirt junior. If he came back returns to OSU in 2021 (which seems unlikely at his point), he could catch Thurman Thomas. This year also doesn’t count toward athletes’ eligibility, so Hubbard could hypothetically have two seasons to set a truly unreachable mark.

Hubbard also got his 500th rushing attempt against West Virginia. He should crack into OSU’s top 10 in that this weekend, with Gerald Hudson sitting in 10th with 515.

Hubbard’s most impressive appearance on OSU’s careers lists is probably in his rushing yards per game. Through 28 career games, Hubbard has averaged 108.1 yards, third best in program history.