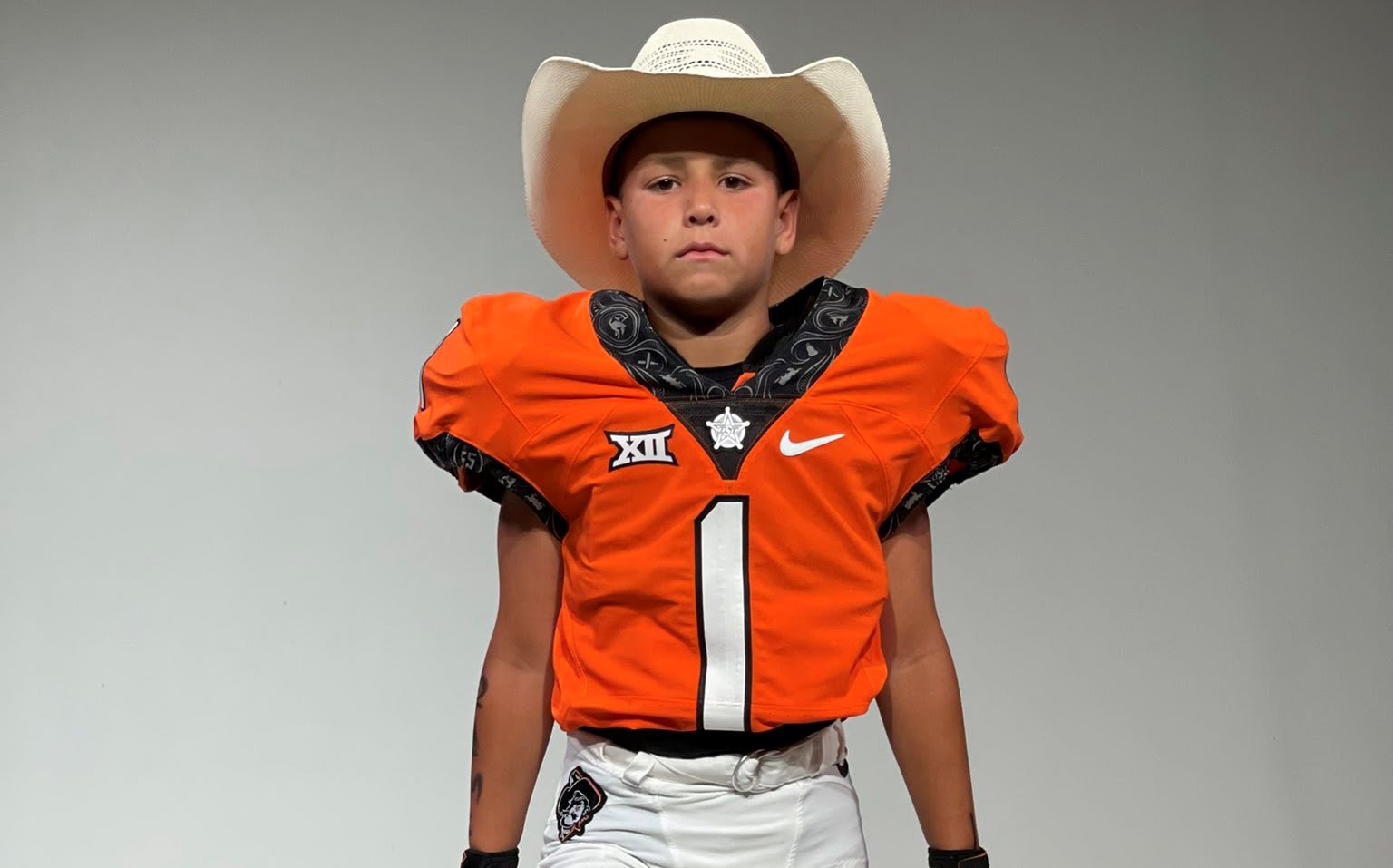 Oklahoma State hosted a lot of young football players over the past week or so during the Cowboys’ camp schedule, but none have a bigger following than a kid in the class of … 2031.

Baby Gronk is his name. Well, his name is actually Madden San Miguel, but his 286,000 Instagram followers likely know him more as Baby Gronk. He just finished up the third grade and went on a camp tour that included the likes of Alabama, LSU, Ole Miss and OSU.

Baby Gronk grew his following from his workout videos and flag football highlights. He does ladder drills and pulls vehicles like a lot of football trainees go through, but most don’t do that type of stuff as a third grader. There is some humor in it, too, as Oklahoma State made Baby Gronk’s Top 100 in early May alongside just about every other DI school on the planet. (Not for nothing, Dez Bryant has already begun pressuring him into following in his foot steps!)