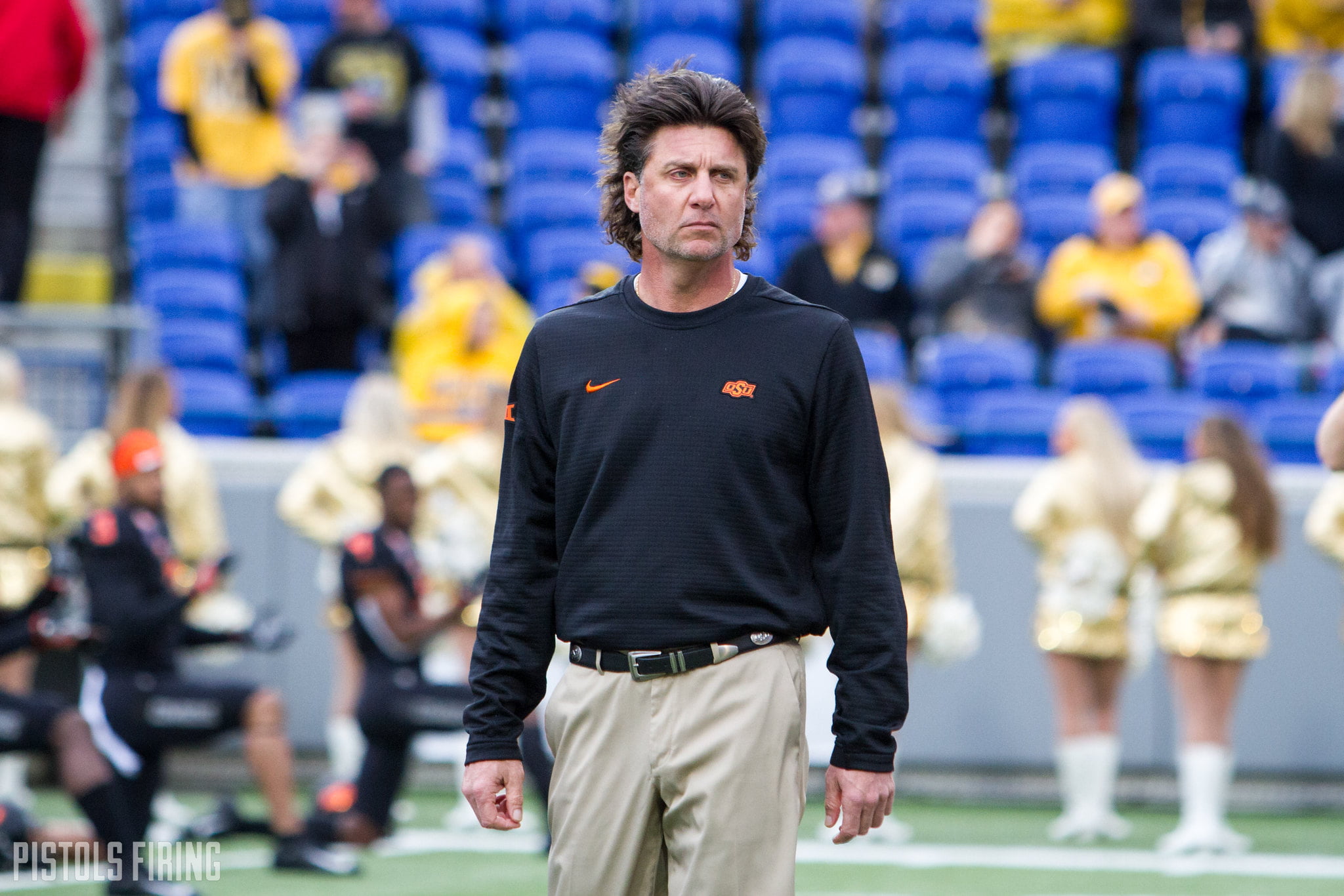 Mike Gundy caught the attention of the college football world on Tuesday after saying in a teleconference with reporters that he wants to get back to football by May 1 by using advanced testing and screening measures he hopes to have at his disposal.

It wasn’t those ambitions that got him the attention, though, but rather, the sheer will — and ignorance — with which he exercised his belief that a May 1 goal could become reality.

In my opinion, if have to bring our players back, test them,” Gundy said. “They’re in good shape, they’re all 18, 19, 20, 21, 22-years old and healthy. A lot of them can fight it off with their natural body, their antibodies and build-up they have … those that are asymptomatic. If that’s true, then we sequester them. And people say that that’s crazy, no it’s not crazy, because we need to continue to budget and run money through the state of Oklahoma.”

Gundy also used his platform to dangerously liken the coronavirus, which has killed thousands of people already in a short amount of time and which has no vaccine, to the flu, saying if people got sick they could get quarantined and treated in a similar fashion.

“We get people that get the flu during the season,” he said. “We quarantine them, we treat them, we make sure they’re healthy, we bring ’em back. It would be the same thing here, but at some point, we’ve got to go back to work. We’ve got to get these guys back in here.”

He added that a May 1 goal is just that: a goal. But it’s a target.

“From what I read, the healthy people can fight this; the antibodies make it better. They’re doing some blood transplants now with the people that have already gotten the disease, that have gotten over it that have the antibodies that can fight it. There’s a lot of people who can figure this out. May 1’s our goal. Don’t know if it will happen. Players will come in after that.”

Those comments did not sit well with the college football world.

I guess I should stop being surprised by now, but it boggles the mind that such influential figures are out there spouting uninformed nonsense like this. .. They can just fight the virus off??? https://t.co/S5hh8in1cG

2) Van Gundy is an avid watcher of OANN. https://t.co/tilG0GdNed

Aside from the obvious health problems here, saying we need unpaid amateur players back to help "run money through the state of Oklahoma" kind of gives away the game. https://t.co/oayFZFDbEZ

I hope not. Otherwise, someone might want to pull him aside and let him know. https://t.co/CaXAgMR0og

Further proof that some people only look at college athletes as expendable money-makers! https://t.co/yJI2vKDUb8

Translated: We need to get our employees back to work, they aren't like regular students https://t.co/Xz9IQj3K99

“Who cares if the players get sick? I want to make money while none of the players at risk see a dime” is one hell of a take for about 482 reasons. https://t.co/RIGV6P4IwE

This is shockingly racist, brazenly cruel paternalism. Even for college football. https://t.co/bwmyqtss0G

same people who'll lose their mind if i get "political" won't say a word when this dude says something like this. https://t.co/1q0EdcBPr0

here's the man who's on the search for objective news https://t.co/Y5LGokMbhP

Business in the front, willingness to exploit student-athlete suffering for profit in the back https://t.co/G927k9lSDu

There are mamas and daddys out there actually sending their sons off to play football for this dude. 😂 https://t.co/9e8uRhTuOi

Who knew Joe Exotic was the second-craziest guy with a mullet in Oklahoma … https://t.co/CVMFkmamCL

And so begins the search for a new head coach…. https://t.co/9OW8cxQ21p

WTF?! Athletes are just bodies to this dude smh https://t.co/XJBzGTjlxw

Serious question: As a parent, would you want this man to coach your son, and by proxy, be responsible for your son’s health and well-being? https://t.co/yJI2vKDUb8

When your Tiger King is showing. https://t.co/No9rg2Myh3

Soooooo risk the health of the kids for the sake of the states financial success while the players get paid $0.00?

Here is Mike Gundy, who made $5.1 mil last year, saying his players need to be brought back to campus because they're healthy enough to fight COVID-19, in order to "to run money through the state of Oklahoma" https://t.co/1UecDV6cRL

Jesus Christ, Gundy. What in the world are you talking about? https://t.co/XaUFI68okA