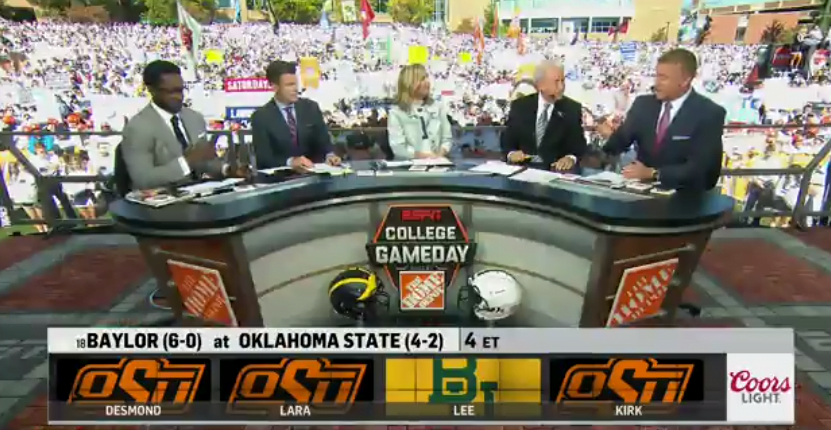 ESPN’s College GameDay cast predicted that Baylor will lose its first game of the season Saturday in Stillwater.

Howard said his prediction had been swayed throughout the day from Baylor to Oklahoma State. Spencer called Chuba Hubbard “unstoppable,” before saying “bye-bye Baylor.”

Although Corso picked the Bears, he called it a lousy pick. He picked Baylor as his Super Dog, and with OSU being less than a touchdown favorite, Corso took the Bears outright.

Herbstreit said Baylor is catching the Cowboys at a bad time, considering OSU played poorly against Texas Tech two weeks ago and had a bye week to stew on it.