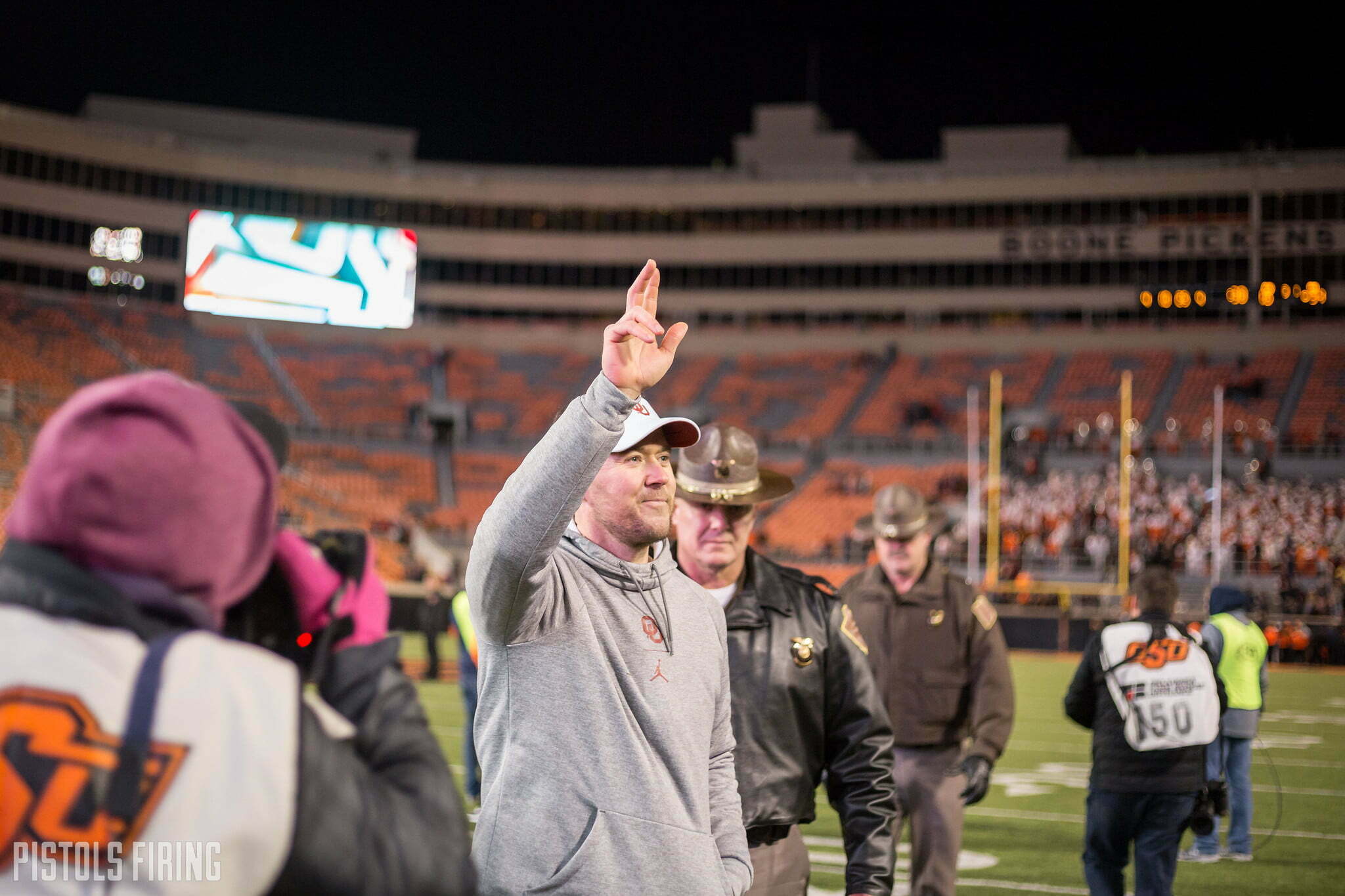 The Big 12 might not be the highest quality of football this season, but dang it, it sure is exciting.

There were three conference games in Oklahoma State’s bye week. Here are quick recaps of all of them.

The 2020 edition of the Red River Showdown was full of turnovers, special teams mishaps and questionable play calls, but in the end it made for some exciting football.

Texas came back from a 31-17 deficit with less than four minutes to go in regulation. The Longhorns’ comeback was thanks in part to Lincoln Riley calling a pass play on third-and-9 in the final two minutes. Texas didn’t have any timeouts, but an incompletion saved time for UT.

Sam Ehlinger then led an eight-play, 84-yard drive to tie the game at 31 and force OT.

The Sooners and Longhorns traded touchdowns in overtimes No. 1 and 2. It looked like OU had won the game in the third overtime when the Sooners blocked a Cameron Dicker field-goal attempt, but the OU kicker Gabe Brkic shanked a 31-yard attempt on OU’s ensuing possession.

OU promptly scored in the fourth overtime, and the game ended when Ehlinger threw an interception in the endzone.

Spencer Rattler was benched in the first half after throwing an interception and losing a fumble, but he returned after the halftime break and finished 23-for-35 with 209 yards and four total TDs.

It was a great (and not great) game, and it made for quality entertainment with no OSU game this weekend.

After dropping its season-opener to Louisiana, the Cyclones have rattled off three straight conference wins.

Purdy finished with 302 passing yards and two scores. Breece Hall added 135 yards on the ground and another two touchdowns.

Tech starting quarterback Alan Bowman might not be the Red Raiders’ starter anymore. After struggling with injuries the past two seasons, Bowman was benched Saturday in favor of Utah State transfer Henry Colombi.

In only two series, Colombi finished 10-for-12 with 115 yards and a touchdown to Bowman’s 13-for-22 with 97 yards and no scores. Bowman didn’t lead a scoring drive all day, as Tech’s other touchdown came on a blocked field-goal return.

Colombi also performed solidly against Kansas State last weekend when Bowman went down with an injury.

Skylar Thompson didn’t make the trip to Fort Worth after being injured last week. That doesn’t look good for K-State, but the Wildcats were still able to find a way to win.

Enter true freshman quarterback Will Howard, who is built like a linebacker at 6-foot-4, 230 pounds. Howard isn’t much of a thrower, but he is the stereotypical K-State grinder.

In his first start, Howard finished 8-for-19 with 117 passing yards and an interception, but he was also the Wildcats’ leading rusher with 86 yards and a touchdown.

Things have to be somewhat exciting in Manhattan. K-State beat OU, and now its beating Big 12 teams with a true freshman at quarterback and running back.

After losing their season opener to Arkansas State, the Wildcats are 3-0 in the Big 12.