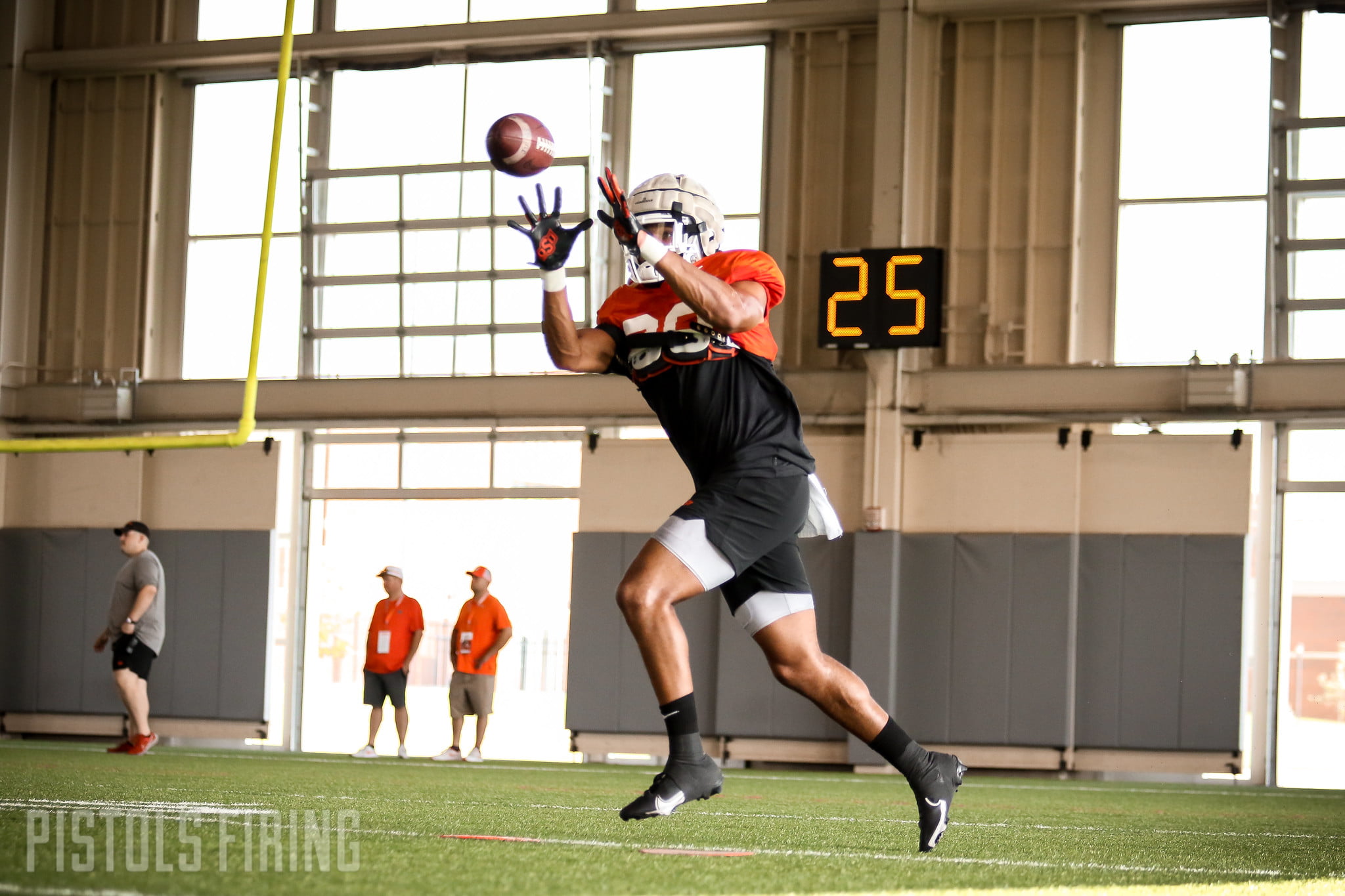 OSU sophomore pass-catcher Blaine Green, a receiver who split time at Cowboy Back last season and who recently made the position switch full-time, is out indefinitely with a wrist injury, Mike Gundy revealed Saturday morning in a press conference with reporters. The extent of the injury and how much time he’ll miss is not yet known.

“The only issue we’ve had injury-wise was that [Blaine Green] had a wrist,” said Gundy. “We’ll know more about it later as we move along. He’s not practicing with us. Other than that, we’re doing really well from that standpoint.”

Green and his twin brother, Bryson, were cornerstone pieces of OSU’s highly touted 2021 recruiting class. Bryson was the third-highest ranked recruit in the class, which ranked 31st nationally, and Blaine — a three-star recruit who had an 88.17 rating in the 247Sports Composite, just shy of four-star status — was the sixth-highest ranked of the 21-man signing class.

Green was one of four WR signees in the 2021 class. He led that quartet with 314 yards receiving on 21 receptions as a true freshman last season. He played in spots at receiver but really left his mark and opened up OSU’s offense when he ran routes as a Cowboy Back.

“He came in as a receiver, was recruited as a receiver, and all of a sudden, he finds himself at 225 pounds and he’s a biscuit away from a tight end,” OSU offensive coordinator Kasey Dunn said earlier this week. “We talked to him about it, and he was receptive, but at the same time, a little bit hesitant. We got him in the TCU game, and all of a sudden, he’s catching the ball, making plays, making a difference for us, the offense is clicking like you want it to, and he was a huge part of that.”

OSU has a lot of talent at the Cowboy Back position but no one quite as capable as a receiving threat than Green. The position group also includes DE-turned-TE, Braden Cassity, Quinton Stewart, Luke McEndoo and 2022 signee Tabry Shettron.