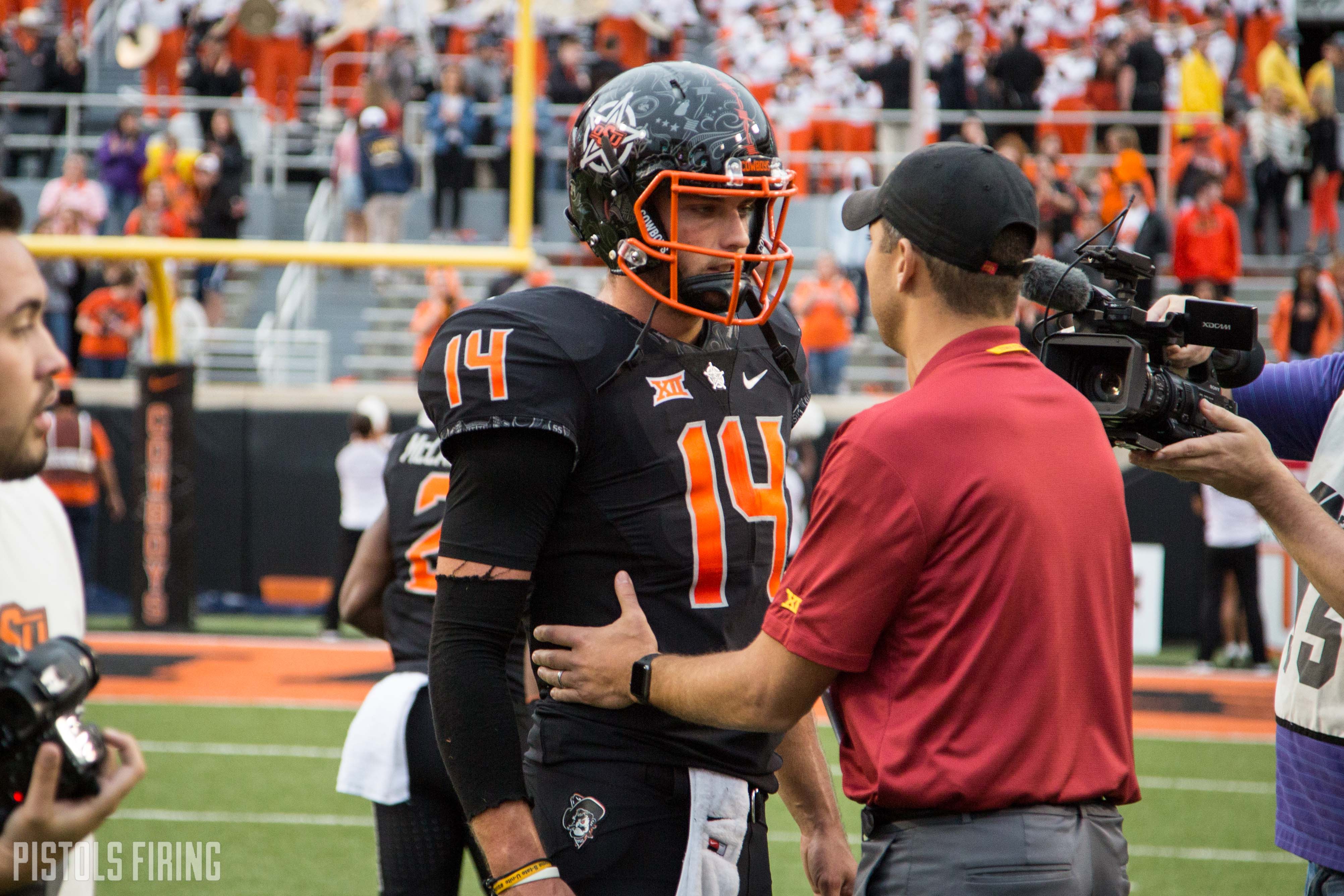 It was probably the most accurate deep ball Taylor Cornelius has thrown this year.

Down five with about seven minutes left in Oklahoma State’s 48-42 loss to Iowa State on Saturday in Boone Pickens Stadium, Cornelius let a ball rip down the middle of the field to who has been his go-to target all season, Tylan Wallace.

At the peak of the ball’s flight, the play looked like a patented Mason Rudolph to James Washington deep post. That was until it glanced off Wallace’s hands near the Cyclones’ 45-yard line, and it fell to the turf. The play summed up Cornelius’ day.

“Those things happen,” OSU offensive coordinator Mike Yurcich said. “If you let that frustrate you, then you are in for a roller coaster ride. You throw the ball in the air, there is going to be a time or two he puts it to the ground. He came back and made a great play and made up for it. He is a great player. Even Jerry Rice dropped a ball here and there. So it’s move on to the next play.”

OSU coach Mike Gundy has been critical of the offensive line throughout the season, and Saturday, the Cowboys were without left tackle Arlington Hambright. Teven Jenkins moved from right tackle to left tackle, and Shane Richards started at right tackle.

Cornelius was 19-for-33 with 289 yards, four touchdowns and an interception. Cornelius, when upright, was throwing balls he usually tucked and ran with. He hit people in stride in ways he hasn’t all season.

Cornelius has been one of the more highly scrutinized quarterbacks in OSU’s recent history. If you didn’t know (where have you been?), he’s a former walk-on who is in his fifth season at OSU, but him sitting above graduate transfer Dru Brown and freshman Spencer Sanders has been a hot-button topic among media and fans.

A few of the seven sacks were Cornelius holding on to the ball too long, but for every one of those, there were two times like when Chuba Hubbard whiffed a block and Cornelius got stripped within moments of receiving the snap.

“I’ll have a hard time giving you an answer because I thought he was running for his life,” Gundy said. “It’s not easy to play quarterback and throw the ball when you’re running for your life. That’s just the way it is. In all fairness, he probably didn’t have the best opportunity, would be my guess.”