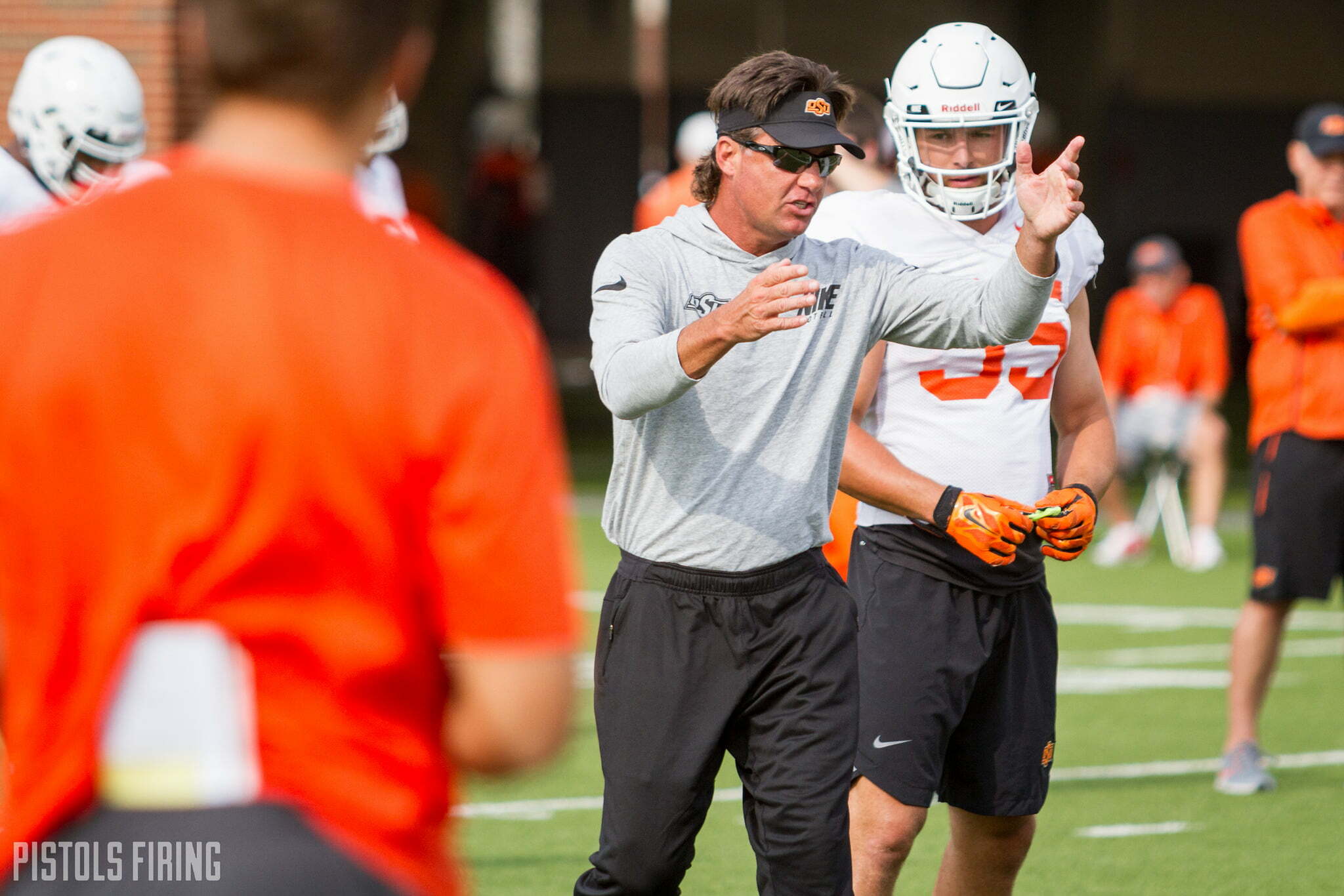 Oklahoma State in 2018 has been an enigma wrapped inside a safety deposit box buried under a rock that was then tossed into the bottom of the ocean. Sometimes, it was a team bordering on greatness — wins over No. 17 Boise State, No. 6 Texas and No. 9 West Virginia, for instance, showed how it could go toe-to-toe with anyone.

Other times, though, it was bordering on downright catastrophic — losses to lowly Kansas State, to Baylor and to TCU come to mind.

There are myriad reasons why this season did not live up to expectations. OSU’s young defense served merely as a muleta for the end zone on most days, its offense was up and down like Vengaboys, and, uncharacteristically, Gundy’s team for much of the season appeared to lack motivation and any consistent level of effort.

So what gives? Is it a player problem? It is a coaching problem? Is it just a one-off? Do all major college football programs go through lulls like this?

It could be all of the above. Both these things can be true: OSU’s players at time did not look motivated; OSU’s coaching — calls within games, gameplans, and motivating and providing confidence to players — may not have been up to championship level caliber as we’ve come to bank on over the years.

Based on all of this, it’s fair to wonder if a staff shakeup may be in order for Oklahoma State and Mike Gundy.

Gundy did a little switching and rearranging last year, firing Glenn Spencer and bringing in a new defensive system and new defensive mind, Jim Knowles, to run the defensive end of the ball. The early results are not what you would hope for or expect, but it’s far too soon to give up on the project to overhaul that end of the ball all of 12 games into it.

And the offense? The Cowboys rank tenth in total offense, 23rd in points per drive, 24th in points per play, 16th in points per game, and 60th in yards rushing per game. All of those numbers are fine, and I wouldn’t suggest at all that Mike Yurcich, who has boasted a top-ranked offense in all but one of his seasons as the OC since he took over in 2013, should be ousted.

At the same time, it may be fair to wonder if a change, for the sake of change and nothing else, may be in order. Scott Brooks was a fine coach for the Oklahoma City Thunder from 2008-2015, but it was clear in his final days that a shakeup — new blood, a re-invigoration — was a necessary move by Sam Presti.

Yurcich is a rising coach in the ranks who very well may have himself a head coaching gig this offseason, anyway. Further: it doesn’t appear Yurcich’s players have quit on him or anything close to that.

But when you’ve got quotes like this from Mike Gundy after a loss — “I don’t have the answer, dangdest thing I’ve ever seen. We play teams teams that are top 10 in the country, and we play like a top 20 team. We play teams that aren’t playing as well and struggling, and we play like a top 80 team.” — it makes a shakeup seem not only worthy of consideration but potentially imminent. Not necessarily at the top of either side of the ball, but somewhere. All season, in a variety of ways, Gundy has hinted that OSU’s game plans were not up to his standards.

Whether OSU endures a change at the head of the offense may be dependent upon whether Yurcich gets scooped up, but it could be a move that benefits both parties.

One thing is for sure: a staff shakeup that should be considered this offseason doesn’t involve any firings, but rather, a hiring. Gundy has a small crew of analysts charged to help fuel the offense, defense and special teams behind the scenes, but this season (and others before it) have proven it’s painfully in need of a full-time special teams coordinator. Gundy needs to take his shirt off and refuse to leave the 50-yard line of Boone Pickens Stadium until Mike Holder gives him the funds to do so.

Oklahoma did so this offseason and jumped from 119 (out of 130) in special teams efficiency to No. 13. The Sooners also ranked eighth in punt returns, averaging 16 yards per return.

OSU ranked 92nd at 6.47 yards per return and only marginally improved in special teams efficiency from last season, going from 126 last year to 74th this season.

After a 10-win season, making changes — like Gundy parting with Glenn Spencer — is probably one of the single most difficult things you can do as the CEO of a program. But after a 6-6 season marred with inefficiencies and inconsistency from offense to defense and special teams, it seems Gundy may have left himself with no choice but to shake his staff up and see if the Pokes can reconfigure themselves for a more successful season in 2019.