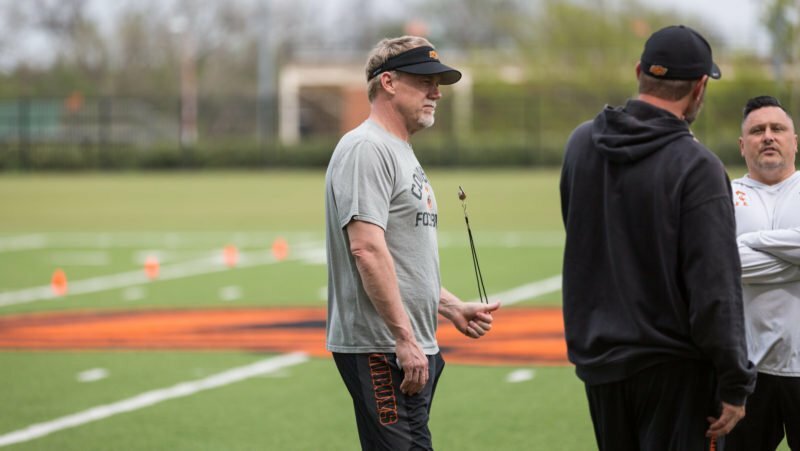 By Kyle Porter and Kyle Boone

Glenn Spencer is out as the defensive coordinator at Oklahoma State, multiple sources told Pistols Firing on Thursday. OSU confirmed this news later in the day.

Spencer alerted the coaching staff of the personnel change via text message on Thursday. He had been the head of the defense since being promoted from within in 2013.

It is believed that Spencer was let go earlier in the week and that he was at the AFCA Annual Convention this week in North Carolina.

Spencer’s defense ranked No. 58 in the country in points per drive given up in 2017.

He was originally hired by Oklahoma State in 2008 to coach the defensive line. In 2009, he was moved to linebackers coach where he has remained. For the last five years he has been both coordinator and coached the linebackers.

His 2013 defense was one of the best in Oklahoma State history. From 2014-2017, they have struggled, though. The last four defenses have been worse, statistically, than all of Bill Young’s (Spencer took Young’s job in 2013). 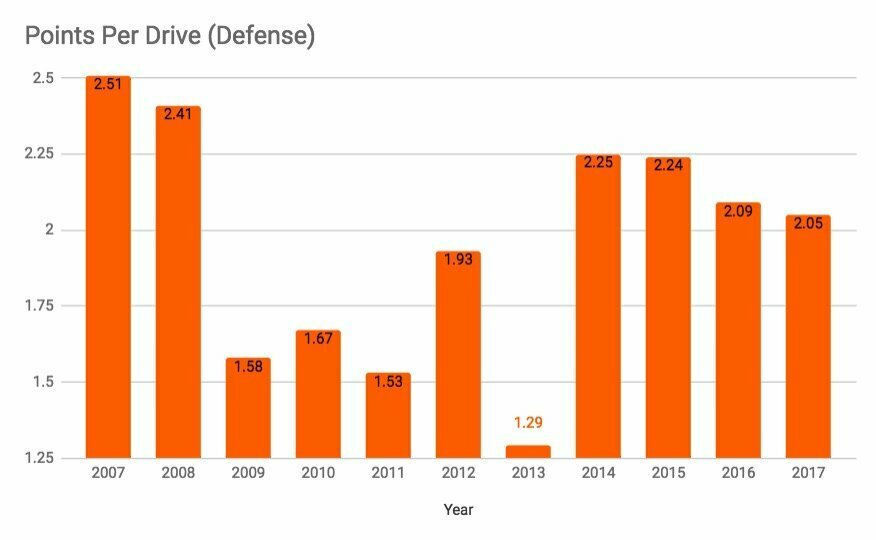 Spencer’s wife Jeannine Edwards, who was a reporter for ESPN, retired after the Cotton Bowl between Ohio State and USC at the end of 2017.