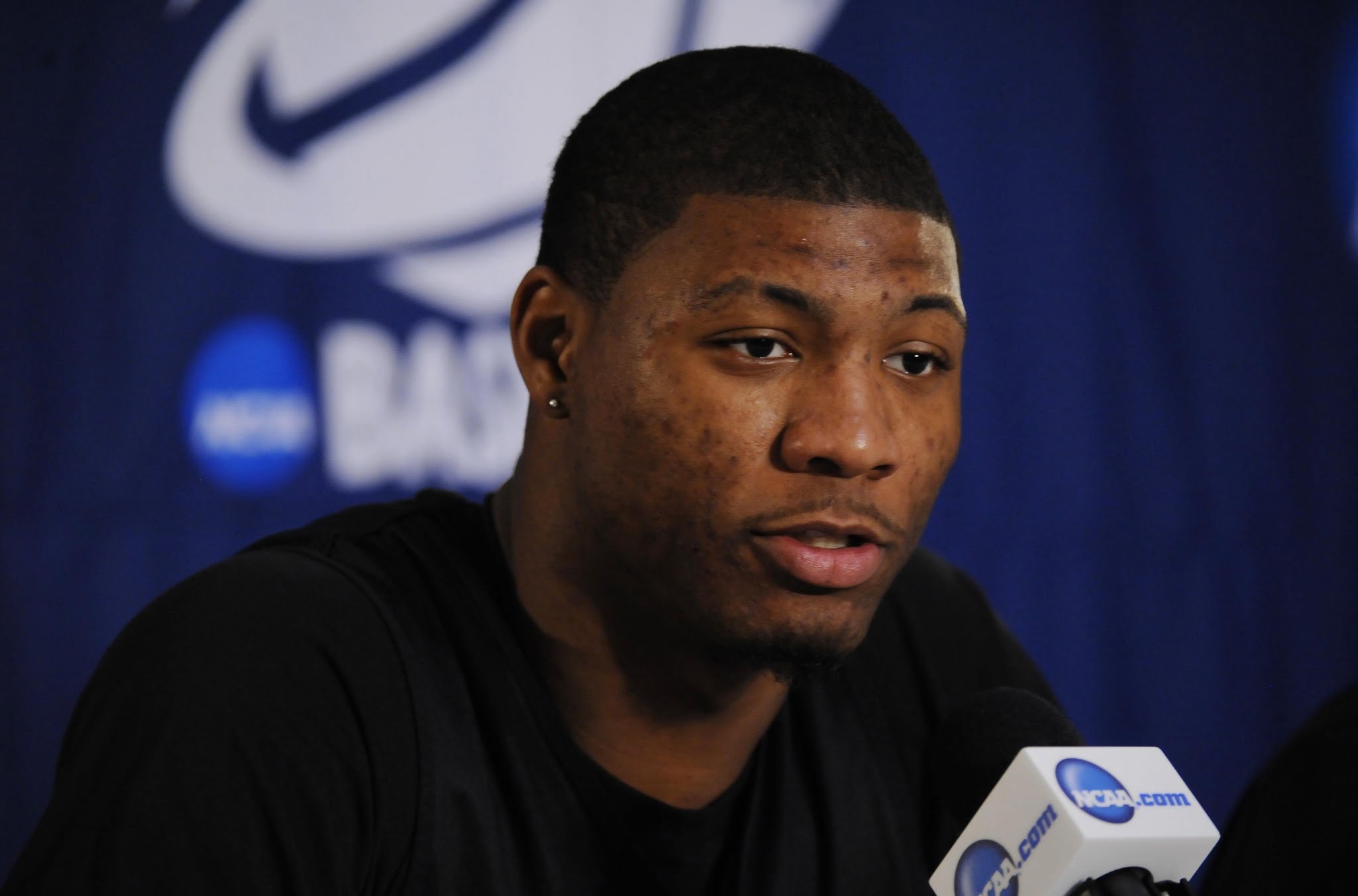 Marcus Smart is a top 10 Cowboy ever. (USATSI)

Honorable Mention: Unfortunately, cutting my list down to 10 meant that I wasn’t able to include these greats, but I didn’t want to let them go unmentioned.

Adrian Peterson (1995-99): I really struggled with whether or not to have Peterson on the list. He averaged 15.3 PPG over his career and ended up third all-time in scoring with 1,866 career points.

His best season came as a senior when he averaged 17.7 PPG and shot 40.8 percent from deep. His performance that season led to a first-team all-conference by both the AP and coaches.

Brooks Thompson (1992-94): Thompson averaged 15.8 PPG over his career. He has the fifth most steals of any Cowboy in history, and the second best three point field goal percentage (43.1%) over his career.

He was voted first-team All-conference by the coaches in 1993. His 5.4 APG in his career ranks fourth all-time.

Doug Gottlieb (1997-2000):  Gottlieb’s achievements as a distributor at Oklahoma State are unprecedented. Gottlieb is the all-time assists leader with 793, which is 248 more than second-place Byron Eaton. His per-game averages were the three best seasons in OSU history.

He also holds the second, third, and fourth best assist-to-turnover ratios in school history. His only knock is his lack of a scoring ability and poor shooting percentage (37.9 percent for his career).[1. Ed note: Not to hijack this thing but I’m still pissed about last season. Marcus Smart shot 41 percent for his career, Gottlieb shot 38 percent and yet we somehow see this chasm between them…it’s just mind-boggling.]

He was named Big 12 Newcomer of the Year in 1998 and made All-conference honorable mention twice in his career.

Ed Odom (1978-80): Odom was arguably the greatest scorer in Cowboy history. His 24.2 PPG in the 79-80 season still stands as the greatest per-game mark ever. He averaged 17.5 PPG over his career, which is the third-best for a Cowboy.

10. Joey Graham (2003-05):  After transferring from Central Florida, Graham’s first season with the Cowboys was the 2004 Final Four run. He averaged 12.4 PPG and 5.2 RPG while being named Big 12 Newcomer of the Year and Third-Team All-Conference by the coaches.

His next season was even better. He averaged 17.7 PPG and 6.2 RPG while shooting 47.3 percent from three point range. His performance earned him First-Team All-Conference and as high as Second-Team All-American honors.

He guided the Cowboys to the Sweet Sixteen, where they would fall by one point to Arizona, despite 26 points from Graham. He totaled 1,019 points in his two seasons as a Cowboy.

9. Tony Allen (2002-04): Allen was a pivotal part of the 2004 Final Four team with his 16 PPG that season. The lockdown defense for which Allen is infamous for today was being developed at OSU.

Allen averaged 2 steals per contest during his two-year career with the Cowboys, and ranks 19th all-time. Allen’s accolades at Oklahoma State are endless. He was named Big 12 Newcomer of the Year in 2003, shared Big 12 Player of the Year with teammate John Lucas in 2004, was a first-team All-conference in 2004, as well as a Third-Team All-American.

He is one of only five Cowboys to break the 1,000 point barrier in just two seasons. He actually led the team in scoring during the 2003-04 season. Though his reputation is primarily that of a staunch defender, he was just as good of a scorer.

Allen is currently in his 11th year in the NBA, playing for the Memphis Grizzlies.

Mattick also holds the program record for most points in an NCAA Tournament game. He scored 35 against TCU in the Sweet Sixteen of 1953.

He also won Big 12 Player of the Year, becoming just the third freshman to do so.

He could have bolted for the NBA as a high lottery pick, but decided to stay. It turned out to be a questionable decision, as Smart and the Cowboys failed to meet lofty preseason expectations and were bounced in the round of 64 in the NCAA Tournament.

Still, Smart will go down as one of the greatest Cowboys ever. Despite playing only two seasons at OSU, he ranks second all-time in steals, 18th in assists, 34th in scoring, and has the sixth best career scoring average.

His per-game average in steals for his career (2.9) is the best of any Cowboy. Smart was drafted 6th overall to the Celtics in the 2014 NBA draft.

6. John Lucas III (2003-05): Lucas was another integral part of the 2004 Final Four team. He shared Big 12 Player of the Year with Tony Allen that year, averaging 15.1 PPG and 4.5 APG. He was voted a First-Team All-American by the John R. Wooden committee, and is a two-time First-Team All-Conference.

The next season, Lucas helped guide the Cowboys to a second straight Big 12 championship and the Sweet Sixteen. He ended his career 33rd on the all-time scoring list with 1,111 points. Lucas is also responsible for perhaps one of the most euphoric moments in Cowboy history.

He hit the game winning shot with 6.9 second left against Jameer Nelson and St. Joseph’s to propel OSU to the Final Four. He completely took over down the stretch of that game, scoring the final five points and ending with a total of 19. If you haven’t seen his shot or would simply like to relive the emotional high, here it is: