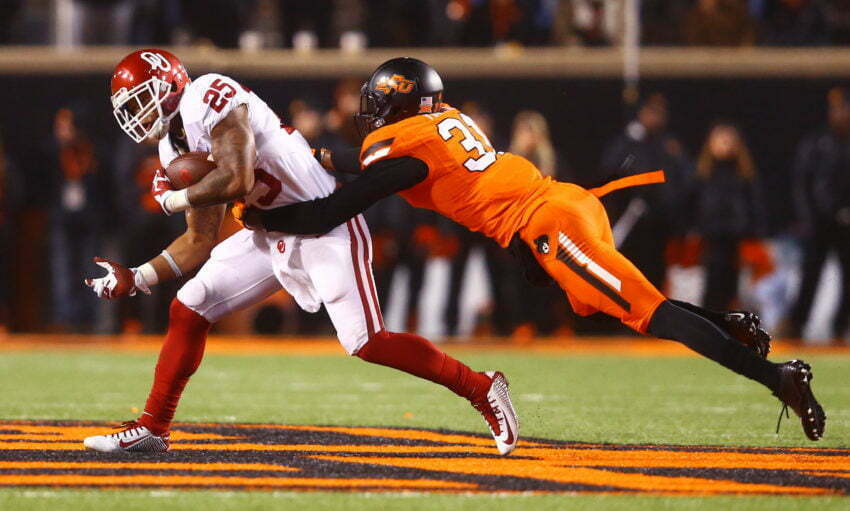 The Oklahoma State Cowboys head into Bedlam this Saturday fresh and (relatively) healthy, which couldn’t be said at this point last year. The Pokes, who will be coming off a bye week, are fresh off a 31-6 drubbing over TCU, a team that put up 62 points against Baylor two weeks prior. They’re confident, but more importantly, they’re playing without fatigue.

At this point in 2015, the Pokes were coming off a 45-35 loss to Baylor, a game in which they had to defend against 103 plays. The Bears were on the field 11 minutes more than the Cowboys were and ran almost 30 additional plays in that timespan. This was already at a point when the OSU defense was fatigued.

Considering that the average team runs about 75 plays per game, that’s equivalent to three quarters of extra football in the same amount of time. And that’s not even considering that the Pokes have the extra benefit of a bye week, so really, the play total is stretched out over five weeks.

In a recent media luncheon, senior safety Jordan Sterns spoke on how much more fresh the defense (and he, personally) is this year in comparison to 2015.

“Last year, my shoulders were hurting and my hamstrings were tight,” Sterns said. “Now, my energy level is high and my body is good. I feel like I’m going to make a play.” Head coach Mike Gundy felt the exact same way. “We are healthier now, not only physically but mentally,” Gundy said. “Last year at this time, we were so delicate that we couldn’t practice at a pace we needed to.”

Because of this simple fact, one cannot compare the Cowboys’ situation this year to that of last year’s; these are two completely different teams. Will it be a cakewalk? No. But the Cowboys have neither fatigue nor injury to hold them back.