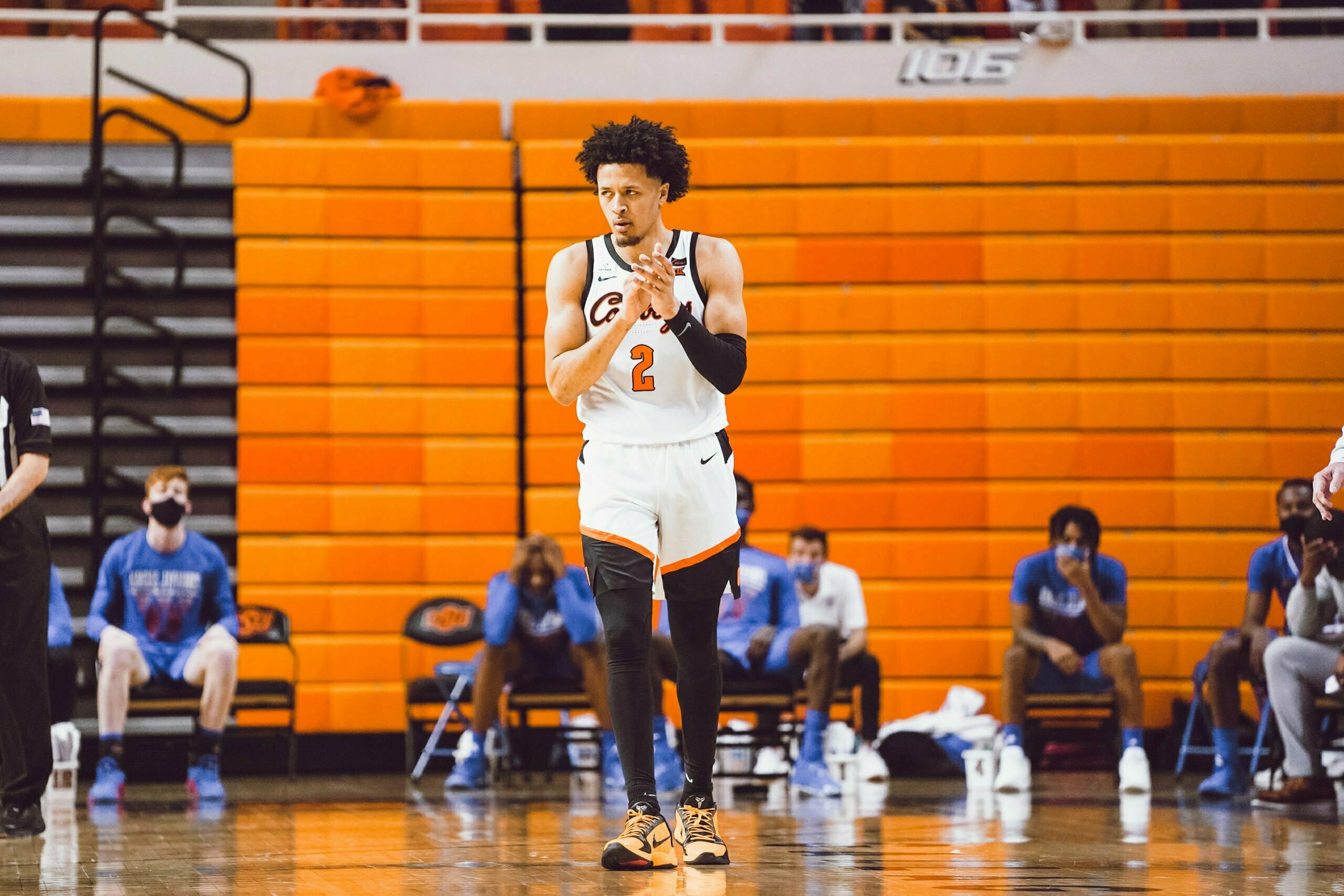 Since Mike Boynton took over as Oklahoma State’s coach, he has never undermined how much Bedlam means.

Moments after knocking off the No. 6 team in the country Tuesday night in Gallagher-Iba Arena, Boynton quickly pointed out to his squad that Saturday’s game against Oklahoma is “personal.”

“The next game, just as important,” Boynton said in the locker room after beating Kansas. “Just as important. Many guys who aren’t from Oklahoma, Bern [Bernard Kouma], you have no idea. We don’t like them. It’s personal.”

Kouma, who is from N’Djamena, Chad, Africa, coolly responded, “No, I know. I know. They told me about it.”

It would be the coach’s cliché to refer to the rivalry as “just another game,” but Boynton hasn’t shied away from the added pressure that saying this game is a big deal provides.

It’s a sentiment that hit home with Boynton’s star pupil Cade Cunningham. The projected No. 1 pick in the 2021 NBA Draft reiterated Boynton’s message a few moments later in the postgame Zoom call.

Cunningham is from Arlington, Texas. Saturday will be his first Bedlam game.

“I know it’s personal for not only the team but the city of Stillwater,” Cunningham said. “Nobody wants to lose to Oklahoma. We’re gonna prepare for that game. We’re gonna get our minds right for it, and we’re gonna try to go put on for the city.”

The Trae Young Beldam games were some of the most talked about in recent memory. OU won in Norman before the Pokes beat the Sooners in Stillwater and in Kansas City.

Like that season was with Young, this season will likely be the only season of Cunningham-era Bedlam, and it begins at 7 p.m. Saturday.