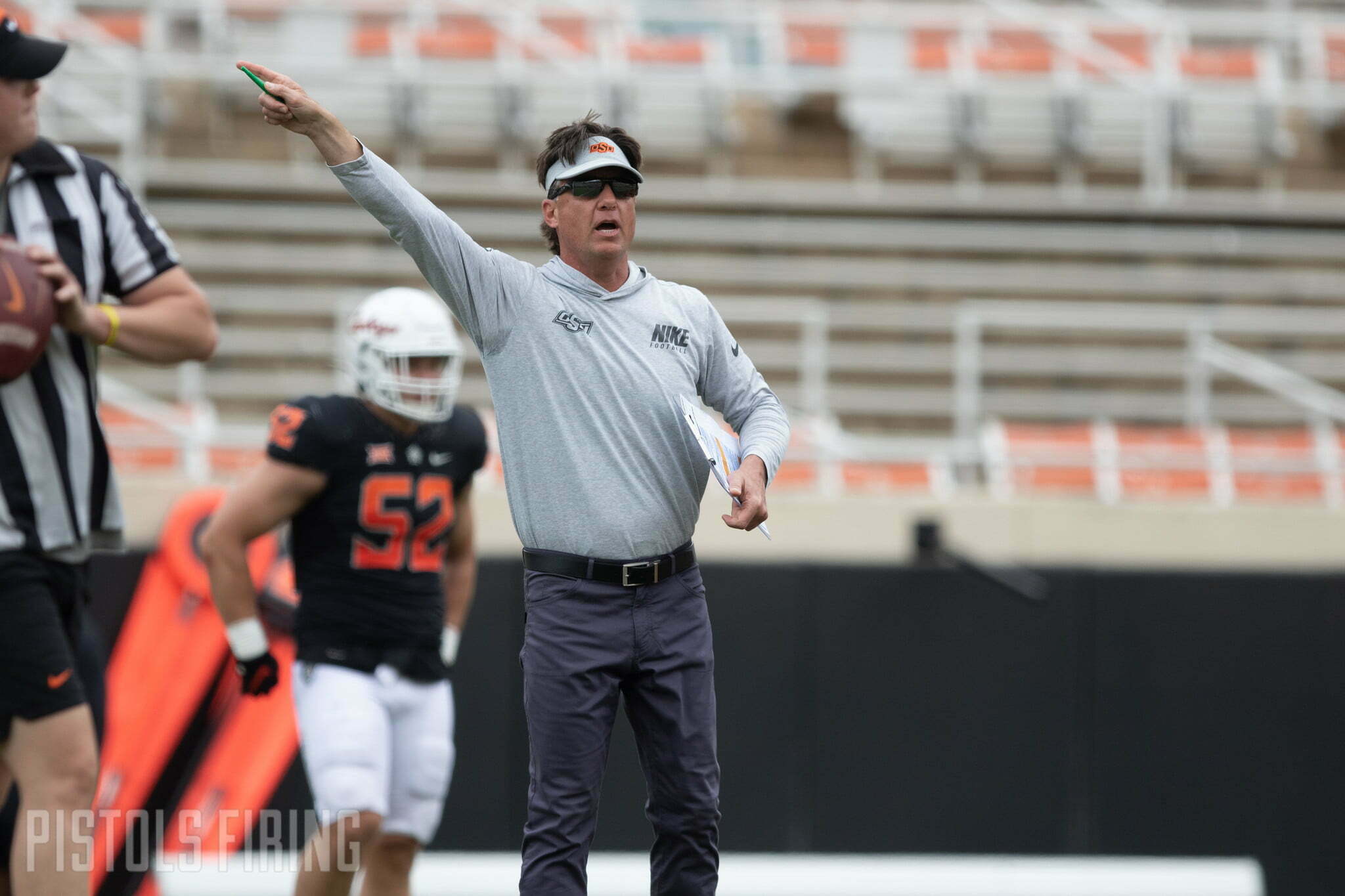 Oklahoma State hosted a ton of high school talent this week starting with Sunday’s Mini camp followed by “The Show” (offensive skill players) and Tuesday’s “Down and Dirty” lineman camp. As is normally the case when coaches get an up close look at prospective talent, the Cowboys handed out a slew of scholarship offers.

Here’s a rundown of which prospects left Stillwater with an offer.

The Cowboys are the latest to a list of schools vying for the dynamic wideout.

Heard must have impressed Cowboy coaches on Monday, but there was plenty to like based off his tape and in the box score.

The 5-foot-11, 165-pound Furr High School (Houston, Texas) star, is coming off back-to-back productive seasons at quarterback — last year he passed for 700 yards and rushed for more than 1,000, combining for 15 TDs — but it looks like the Cowboys are look at him as a receiver.

Heard has yet to earn a star ranking per 247Sports, but his list of 15 offers and counting (including the likes of Texas Texas, Arkansas and Tulsa) and his impressive highlights indicate that it’s only a matter of time.

The Tulsa native was also on-hand for OSU’s camp this past weekend and came home from Stillwater with his fourth scholarship offer. He also has a full ride options available with Texas Tech, Tulsa, UTSA and North Texas should he be so inclined.

Playing in the home school ranks may have dimmed his star a bit as far as recruiting circles go, but his production and tangibles are more than enough to justify the Cowboys extending to Okoye. Despite the competition levels, as a sophomore, he racked up 78 tackles, 21 tackles for loss and 10.5 sacks. He also logged three pass breakups, two forced fumbles and recovered a fumble.

At 6-foot-5 and 233 pounds, he manhandled offensive linemen and spent plenty of time in opposing backfields. Imagine what he could look like (and grow into) after two more years. This might be one of those diamond-in-the-rough prospects OSU coaches are known to pinpoint.

The 6-5, 210-pound Crandall (Texas) jumbo wideout was a unanimous District 8-5A-II first-team selection as a freshman in 2020 and was district newcomer of the year.

A look at his highlights reveals a dynamic talent who knows how to use his size well but can also break free for the home run play. Expect his stock to continue to rise and for the Cowboys to be glad they got in early.

During his visit to Stillwater, Texas linebacker Poasa Utu received his first scholarship offer, followed the same day by a second from Incarnate Word.

Utu was productive as a junior for Kennedale High School last season, recording 97 tackles, 41 TFLs and 19 sacks (!!). He also batted down four passes, forced a fumble and grabbed an interception.

After showing out at the DFW Showcase over the weekend, Kysar did enough in Stillwater to earn his first scholarship.

The Edmond native has played all over the field for Santa Fe High School (which has quite the pipeline to Stillwater). His Twitter bio lists him as “DE/QB/TE/P,” but it looks like the Cowboys are interested in him as a defensive end prospect. He also plays basketball and performs in track and field.

Take a peek at his defensive highlights from last season.