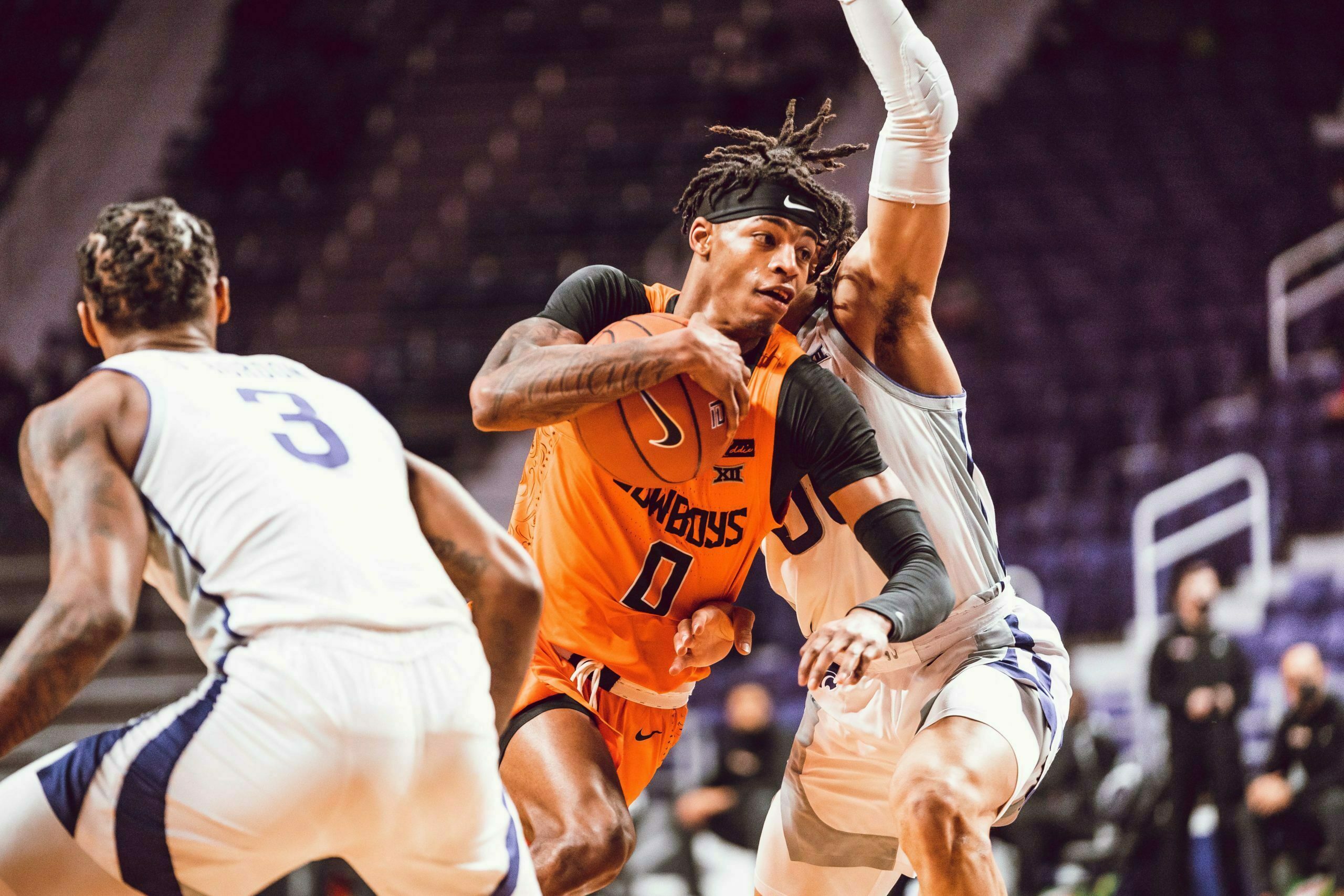 For the first time this season, the Cowboys were in a Big 12 matchup where COVID-19 played a role.

Oklahoma State beat Kansas State 70-54 on Saturday with the Wildcats missing three players because of COVID-19 protocols. K-State was without starting guard Nijel Pack, who averages 10.7 points per game, as well as Antonio Gordon, who has started four games, and Seryee Lewis.

With injuries, K-State had eight scholarship players available on a team that has already struggled this season. OSU learned a lesson from its 19-point blown lead against West Virginia and showed no mercy to the Wildcats.

“We just came out here and said, ‘We just gotta play,'” Isaac Likekele said. “What they got going on has nothing to do with us. Their coach [Bruce Weber] is an amazing coach. He’s going to play with whatever players he has.

“It just reminded me of my freshman year when we came up, and we had only five or six guys. They beat us by [39]. So, they didn’t have no mercy on us. There was no point in coming out here and feeling sorry for them.”

K-State beat the bricks off OSU, as the Wildcats won 85-46 in Bramlage Coliseum.

The Wildcats would’ve likely lost Saturday’s game even with those guys back, but it will be interesting to see how big an impact COVID-19 plays on the Big 12 standings down the stretch.

Baylor and West Virginia were set to play Tuesday, but that game has been postponed with COVID issues at West Virginia. When asked in his postgame presser Saturday, K-State coach Bruce Weber said looking back he wishes the OSU vs. K-State tilt would’ve gotten similar treatment.

“I thought for our circumstances, I would’ve not played it,” Weber said. “I would’ve been alright with it. But then again, you’ve got to do what the league says. You’ve got to do what the rules say, and hopefully that’s why I’ve been able to stay in the business. Do things right, do what your boss says, do what the league says. That’s all you can do. My dad raised me that way, my mom, maybe sometimes I’m too much of a company man. I probably should’ve fought a little bit more but hopefully it will help us in the long run.”

OSU has been good at staying away from the virus thus far. Chris Harris and Avery Anderson were believed to be out a few nonconference games because of it, but nothing else has come up.

In this time of uncertainty, being COVID-free could end up being the difference in making the NCAA Tournament for a team like the Cowboys.

“It’s all about basketball,” Likekele said. “You just gotta play with what you got. You can’t control that.”