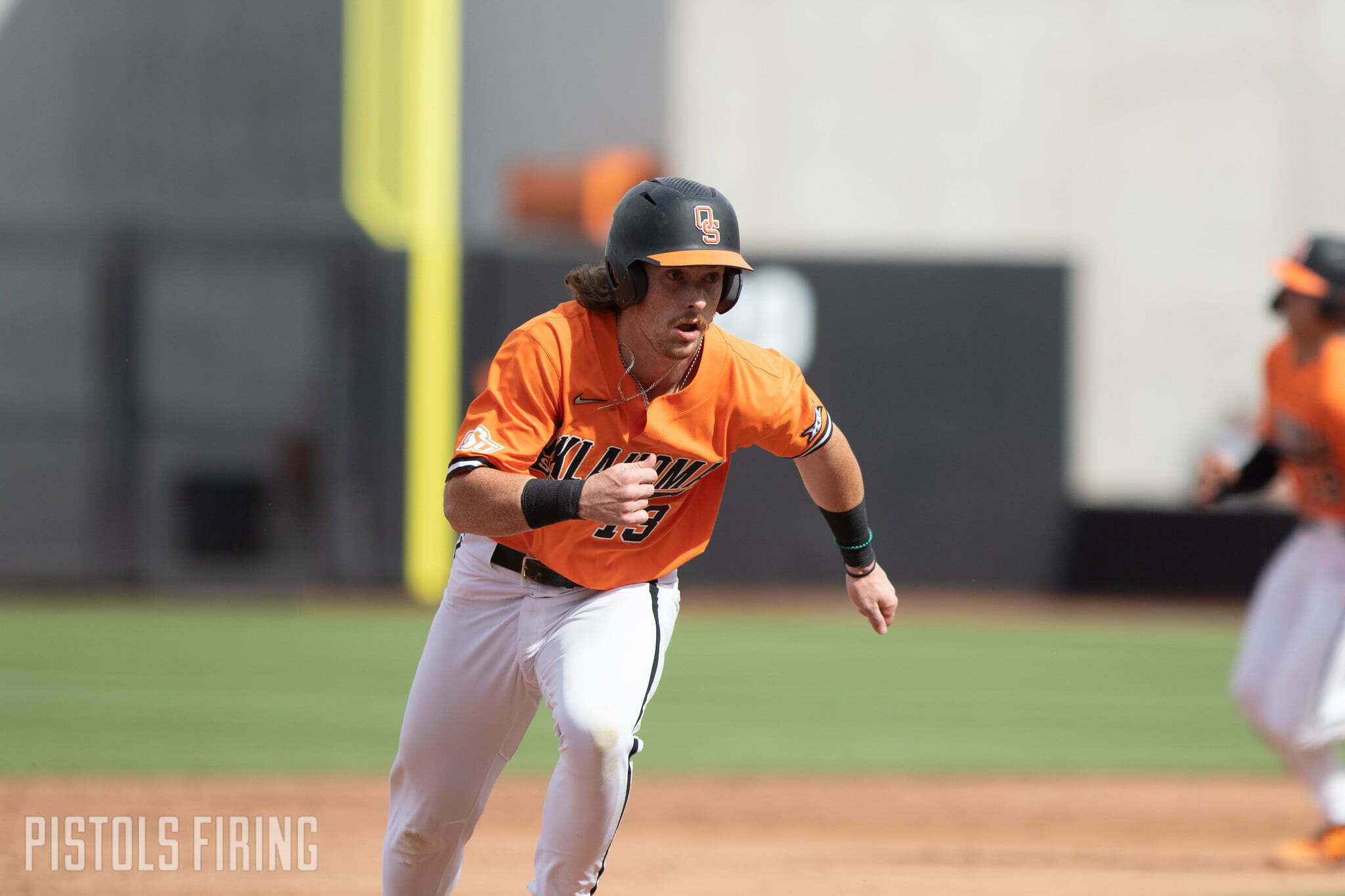 It’s not every day you record the game-winning run and the game-sealing save, but that was Nolan McLean’s Friday night.

No. 3 Oklahoma State defeated the No. 24 West Virginia 2-1 in Morgantown on Friday night in the weekend series opener. The Cowboys also usurped the Mountaineers which say atop the Big 12’s standings coming into Friday.

Justin Campbell moved to 5-1 on the season, pitching seven innings, allowing six hits and no runs. He struck out eight batters and walked one.

But he also got some help from his defense on his final trip to the bump.

And he was able to close out the inning to keep the Mountaineers scoreless.

The Cowboys got on the board thanks to a Caeden Trenkle single that scored Marcus Brown.

The win pushed the Cowboys to the top of the Big 12 standings, and No. 13 had his fingerprints all over it.

Nolan McLean’s team-leading eighth home run of the season pushed the Cowboys to a 2-0 lead in the top of the seventh and then the sophomore delivered from the mound, recording one strikeout and his second save on the year.

That’s one heck of a night captured in two clips:

West Virginia’s Victor Scott II was able to get a run on the board with an RBI sac-fly in the bottom of the eighth but it was all the Mountaineers mustered.