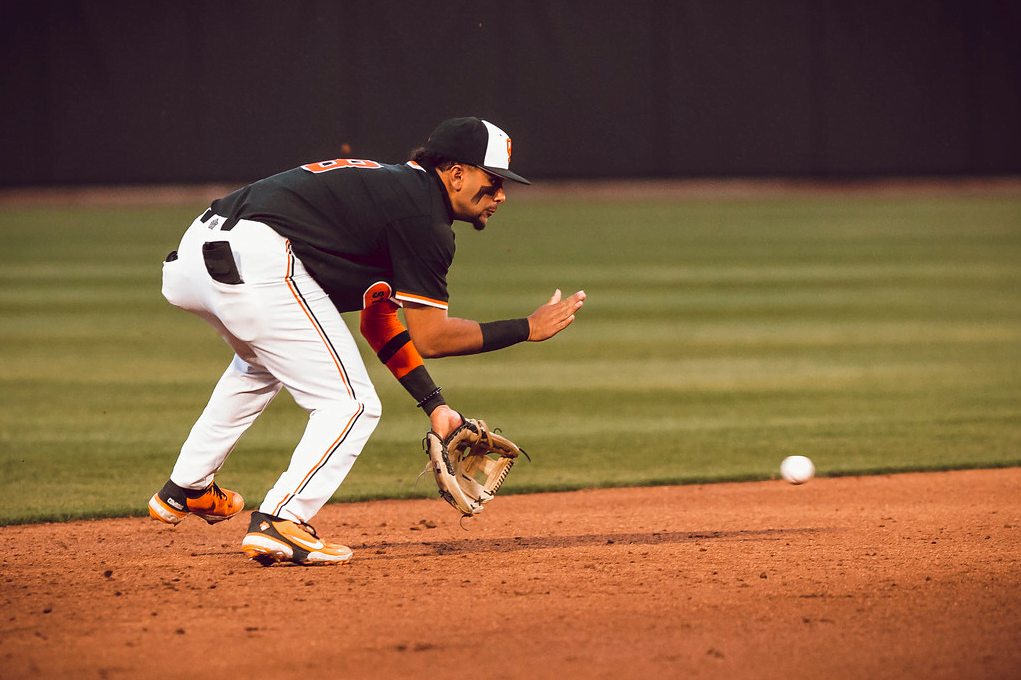 Oklahoma State has played 4,052 baseball games in its history, and Sunday’s was the sixth to end in a tie.

The Cowboys and Grand Canyon called it at 4-4 after nine innings because of GCU’s travel curfew, and it came after an exciting final inning.

The game entered the ninth tied at 3. With one out, GCU shortstop Channy Ortiz was on second and center fielder Brock Burton was on first. The pair of baserunners got caught in a double pickle where they met at second base and were both tagged. Burton was called out, while Ortiz got to reclaim his base.

Jacob Wilson then brought Ortiz home with a double to right-center field to make it 4-3. It seemed like the Cowboys were going to suffer their first loss of the season.

But then, with two outs and two strikes, catcher Brock Mathis belted a ball that went over the fence in center to tie it back at 4.

Alix Garcia was the next Cowboy up. He hit a ball into the dirt in front of him that was called fair. He got thrown out at first, and Josh Holliday called for a challenge, thinking it was a foul. The play wasn’t reviewable, though, so boom … tie.

“I believed the ball was foul,” Holliday said. “I was told that it was fair and it was unreviewable and to have a nice day. The umpires took it to the house and we met our travel curfew, and that was all she wrote.”

The most recent OSU baseball tie came in 2018 when the Cowboys and Seton Hall finished 3-3 after eight innings. A prolonged lightning delay put Seton Hall up against its travel curfew, so the Pirates had to get out of town.

Before that, you have to go back to 1985. OSU and Western Michigan finished a game 2-2 in Lakeland, Florida. The game was called because it was too dark.

In 1976, OSU tied John Brown 1-1 in a game that was called because of rain after eight innings.

In 1972, OSU and Houston had a scoreless tied in a game that was called after five innings because of rain.

There is apparently one other tie out there, as the Pokes entered this season 2,670-1,367-5, but I haven’t been able to track it down.

There were 1,194 games played in Allie P. Reynolds Stadium, only one of which was a tie. O’Brate Stadium has hosted seven games, one being a tie.

“I don’t even know,” Mathis said. “I don’t know whether it feels like a loss or what. For me, I guess, for us, probably, it’s better to go 9-0-1, I guess, than to have an L on the board, but it’s weird. I don’t think I’ve ever tied, really, in something that, that mattered like that.”

The Cowboys left 12 runners on base Sunday, but the most peculiar part about that was eight of those runners were left on as a batter struck out looking.

In the second inning, Nolan McLean stepped up to the plate with the bases loaded. He battled through a seven-pitch at-bat that ended with him watching a called strike to get Grand Canyon out of the inning.

The next inning, Cade Cabbiness fought through a six-pitch at-bat to watch a called strike leave two Cowboys on base.

Cabbiness was up again in the fifth, this time with the bases loaded. He, again, struck out looking.

“If you go down looking, it can’t be because you guessed and guessed wrong,” Holliday said. “It has to be because you thought the ball generally wasn’t on the plate even though you were looking at the right space. With two strikes, you have to have plate coverage, meaning you have to be able to cover both halves of the plate. We didn’t do that well enough in the series.”

With Hueston Morrill nursing a muscle strain, Holliday has experimented with a few looks in his middle infield.

In the Saturday game of the Illinois State series, Golda started at short with Max Hewitt, who splits starts at catcher, starting at second.

Then this weekend, Holliday started every game with Golda at short at highly touted freshman Nolan McLean at second base. McLean had started as OSU’s designated hitter before this weekend.

Hewitt started Sunday’s game in the dugout, but he came in for Golda at short in the sixth inning. He finished the day 1-for-2, hitting a double in the sixth, and he turned a 6-3 double play in the seventh.

Morrill, a third-year sophomore, hasn’t played since Feb. 26 because of injury, but it will be interesting to see how the Pokes’ middle infield settles in upon his return.