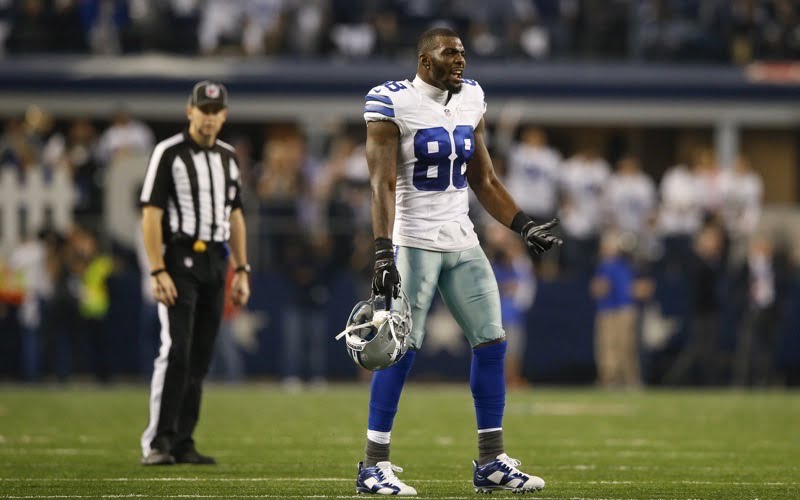 Dez Bryant and the rest of the Oklahoma State entourage that plays for the Dallas Cowboys is safe for at least one more week.

Perhaps thanks to an erroneous reversal of a pass interference call — which included former OSU player Brandon Pettigrew, by the way — Dallas was able to erase what was at one point a two-touchdown deficit to defeat Detroit 24-20 in the first round of the playoffs.

The call was pretty egregious, I’ll admit. To not call it is one thing, but to reverse it after the fact only adds to the absurdity of the situation.

Regardless, the loss cannot be blamed on one call. Tony Romo, believe it or not, actually came through for the Cowboys when they needed him most.

Though the Cowboys’ star receiver and former OSU stud Dez Bryant was held to three catches for 48 yards, it was the Lions’ intense focus on containing him that allowed opportunities for colleagues Terrence Williams and Cole Beasley.

Besides, he did have this play, which was pretty awesome.

Not to mention, Bryant was only targeted three times the entire evening, meaning was 100 percent reliable when thrown to.

When covering Bryant, it’s a pick your poison type of situation. It’s possible to contain him to a degree, but the energy spent doing so will leave areas open for any other competent receiver to make plays.

Superstars make other players better, and Dez is certainly did that on Sunday.

Bryant was also instrumental in the reversal of the pass interference call, or at least appeared to be so. It was only after Bryant came stomping onto the field raising his arms in protest, helmet off — which is a flag itself — that the officials decided to reverse the call.

Coincidence? Probably, but officials are humans and who knows whether or not Dez’s behavior coupled with the pandemonium surrounding them swayed them in a moment of ambiguity.

Tyler Patmon also played in the matchup Sunday, and had a pretty decent performance. Early on, he made a play on the ball to stop Reggie Bush from hauling in a reception.

However, he also failed to wrap of Detroit QB Matt Stafford on a scramble which ended up resulting in a Lions first down and during a drive which ended in a Lions touchdown.

All in all, though, he performed adequately, and ended with a tackle.

Tyler Patmon pressed that tackle button way too early. I do the same thing.#Madden #DETvsDAL

Dan Bailey hit one of two field goals during the game, though he was jinxed into missing the first one.

Anyways, he nailed the second during the Cowboy comeback run, a 51-yarder after two consecutive sacks pushed Dallas back 15 yards.

Joseph Randle played for Dallas but didn’t get any carries, while Brandon Weeden did a stupendous job warming the bench.

All in all, it was a solid showing for the former OSU Cowboys in the playoffs. With Green Bay up next week, though, it won’t get easier.