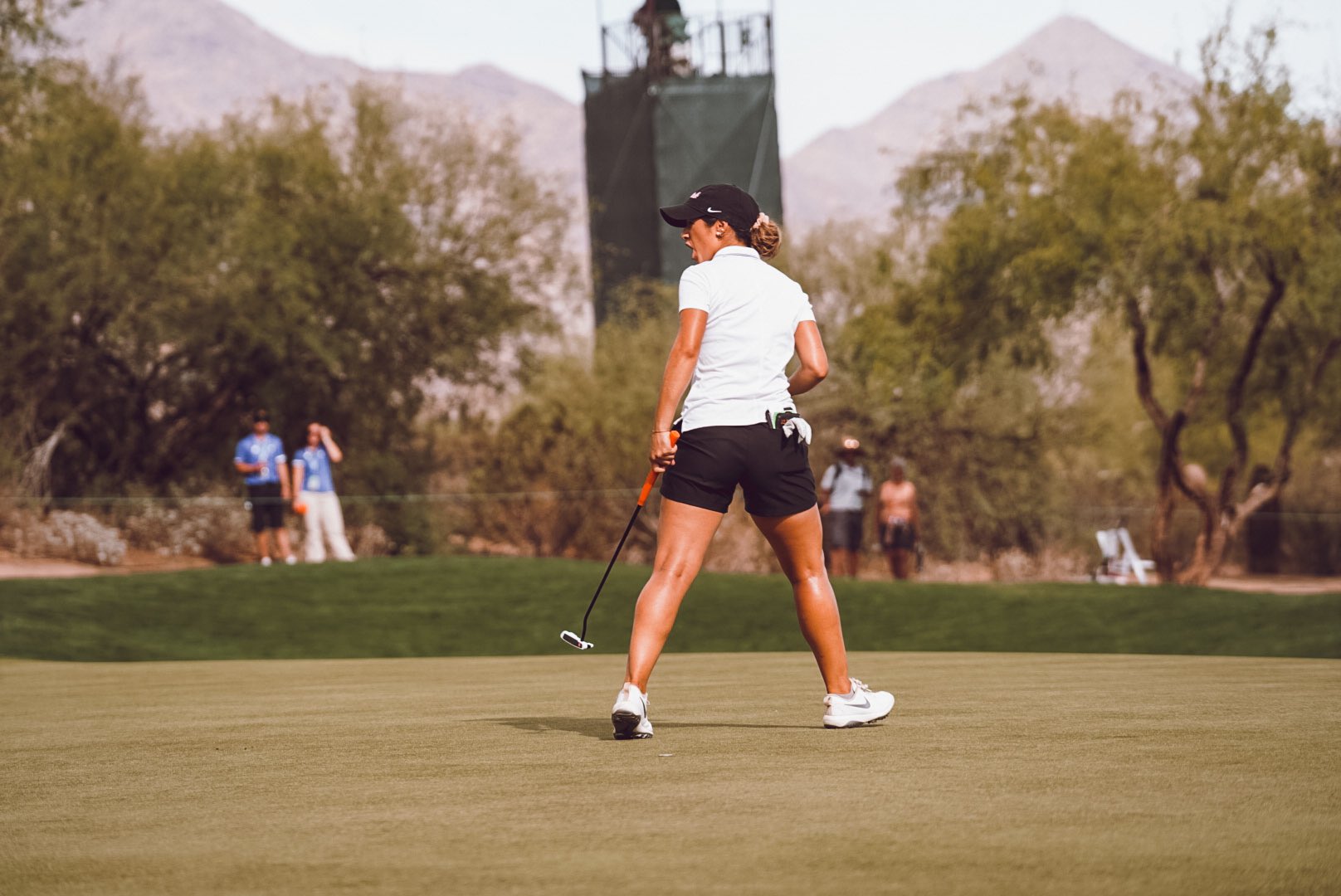 Isabella Fierro let out a yell and started running to Rina Tatematsu; the Cowgirls are headed to the NCAA Finals.

The Oklahoma State women’s golf team beat Duke, the defending national champs, 5-0-0 in the semifinals of the NCAA Championship on Tuesday evening at Grayhawk Golf Club in Arizona to advance to Wednesday’s finals.

Tatematsu, a freshman, clinched the Cowgirls’ semifinal win with a par putt on 16 to win 3&2 over Duke’s Phoebe Brinker. Fierro, who had already beat Erica Shepherd 2&1, took off to hug Tatematsu in celebration.

“As soon as she made the putt, I literally couldn’t hold myself,” Fierro said. “I just ran to her, and I was like, ‘Hey Rina, we did it.’ She said, ‘Really?’ I caught her, and I could just feel the way she held me, like the way she hugged me, she was doing it so strong.

“I was like, you know what, this is awesome. This is why we practice. Like, I’m here. I cannot even explain experience in this situation, but it was just, I mean I’m not gonna forget this moment my entire life.”

Sophomore Maja Stark set the tone for OSU, beating Duke’s Gina Kim 4&3. Stark was one of two Cowgirls (joining Tatematsu) who finished the individual stroke play portion of the tournament tied in 12th with a 1-over 289 through four rounds.

Elsewhere in the tournament, Stanford dominated the stroke play, finishing 13 shots ahead of second-place Duke. Both of those schools are now out, though. Stanford fell to Arizona 3-2-0 in the quarterfinals of match play.

OSU finished stroke play in third with a team score of 5-over 1,157.

This is the Cowgirls’ first NCAA Championship appearance since 2016 and just their third in the past decade. They’ve never won an NCAA title, and, as Berry Tramel pointed out Tuesday, this would be the first time an OSU women’s team (in any sport) has won an NCAA Championship.

A fun thing about OSU’s lineup is that the five women are all from different countries, none of which are the United States: Stark (Sweden), Fierro (Mexico), Lianna Bailey (England), Tatematsu (Thailand) and Maddison Hinson-Tolchard (Austrailia). Of that group, Bailey is the only upperclassman, and she is only a junior.

This is also just coach Greg Robertson’s second season at the helm. Robertson is an OSU alum and four-time MAC Coach of the Year while at Kent State.

The Cowgirls will play Ole Miss in the finals Wednesday. The Rebels finished fourth in stroke play and beat Texas and Arizona in match play en route to the final.