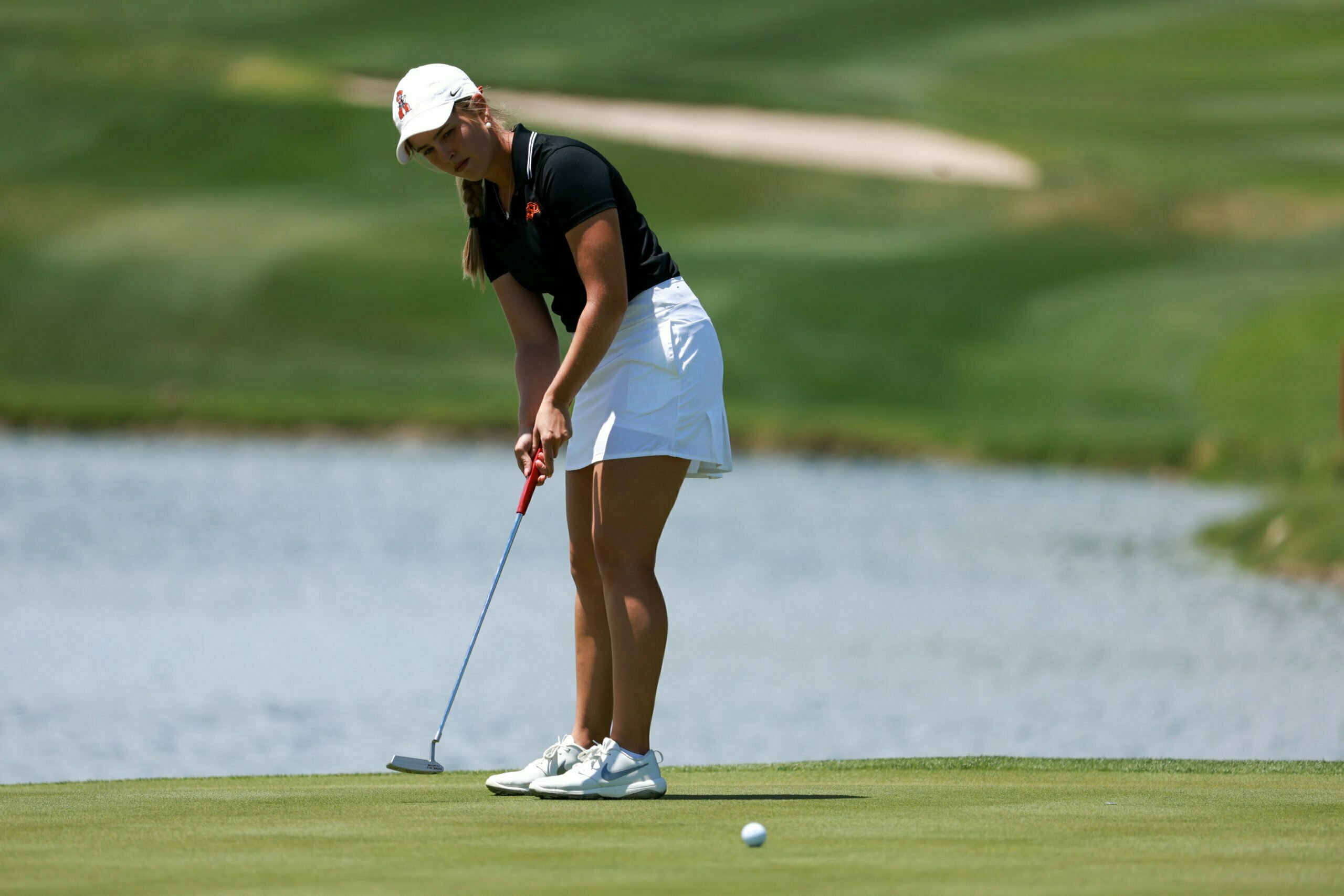 Oklahoma State will have to wait a bit longer for its first NCAA championship in a women’s sport.

The Cowgirl golf team fell 4-1 to Ole Miss in the NCAA final match Wednesday at Grayhawk Golf Club in Arizona.

OSU freshman Maddison Hinson-Tolchard was the only Cowgirl to win her match, beating Smilla Sonderby 4-3.

It’s a tough end to an impressive season for the Cowgirls. The Cowgirls won the Big 12 championship and the team average score of 286.74 is a program best.

Depending on whether players like Maja Stark choose to turn pro, the Cowgirls have the opportunity to return their entire NCAA championship lineup next season, as Lianna Bailey was the only upperclassman, and she was just a junior.

This is the eighth time in program history the Cowgirls have finished in the top five at NCAAs.