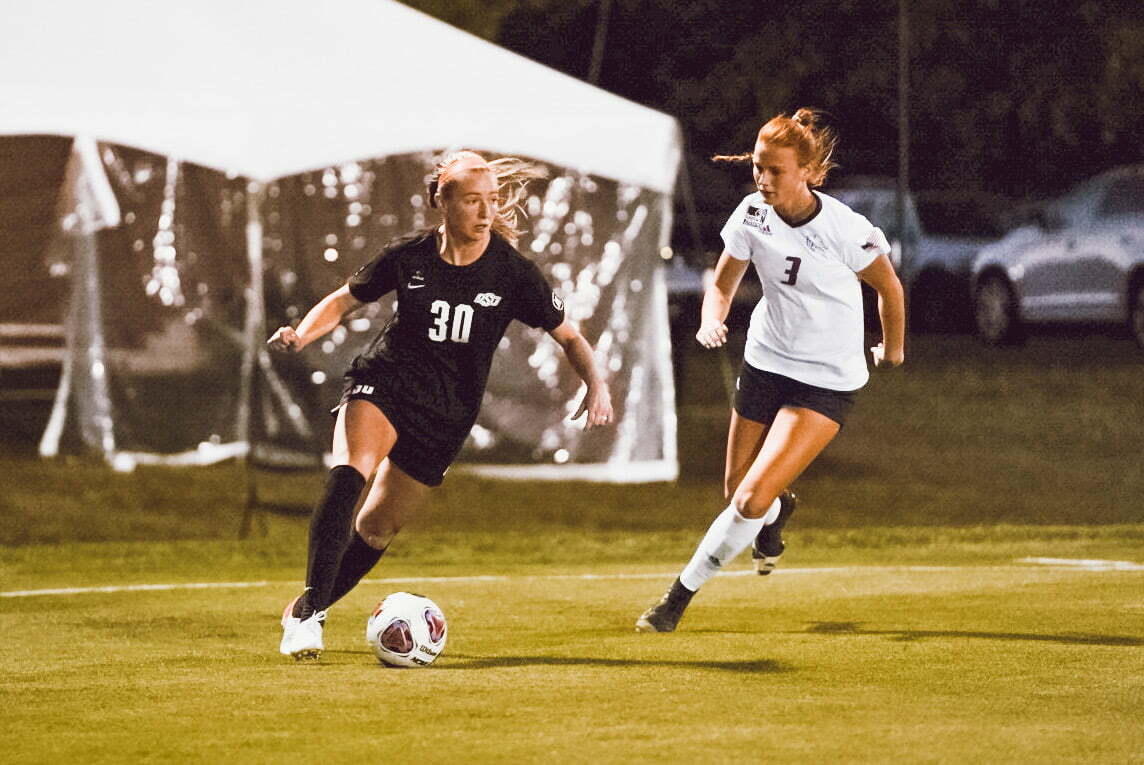 For the first time in a decade, the Cowgirls are going to the Sweet 16.

Oklahoma State throttled South Alabama 7-0 in the Round of 32 on Friday night in North Carolina. It’s just the third time in program history the Cowgirls have made it to the Sweet 16 with the other times coming in 2010 and 2011.

The Cowgirls peppered shots at the South Alabama goal early.

Gabriella Coleman got the scoring started in the 15th minute. Megan Haines scored five minutes later off a corner kick. Grace Yochum scored off a set piece two minutes after that. Coleman, Haines and Yochum each scored two goals on the night. Haines, a sophomore, had only one goal on the year entering Friday night’s match.

“Megan has been great all year,” OSU coach Colin Carmichael said. “You don’t know when a kid gets in the NCAA Tournament and plays a game at this level, you don’t know what to expect. That’s a big deal. For her to play as well as we did in that moment, I’ve run out of words for how proud I am of Megan.”

Yochum’s set piece goal was set up by a bad-to-worse moment for South Alabama. Gabrielle Gayle got sent off after pulling Coleman’s jersey on a breakaway.

Olyvia Dowell was the Cowgirls’ other goal scorer. The sophomore scored her 11th of the year in the 63rd minute. Dowell and Kim Rodriguez each had a pair of assists in the game.

The Cowgirls play seventh-seeded Texas A&M in the Sweet 16 at 11 a.m. Wednesday. OSU won the only other two Sweet 16 games it has played in.