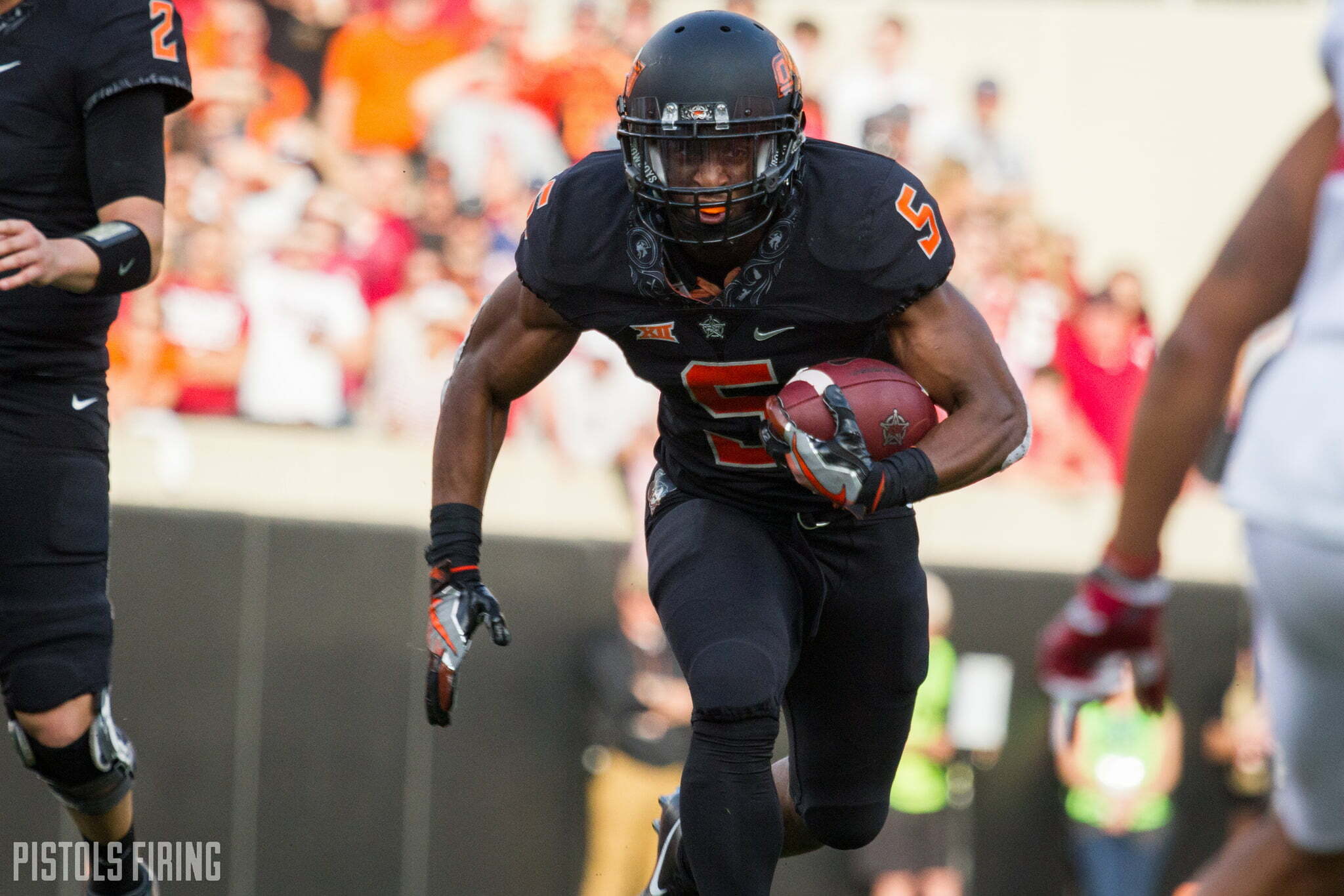 If you’re like me then your football season hangover just folded into a basketball season blur, and 2018 is rolling along faster than 2017 did. Hell, we’re about to close the book on basketball, if you can believe that.

With spring practice looming and plenty of questions to be answered, I’ll toss out my five storylines for this football offseason.

Kyle Porter kicked things off with his five last month.

1. The importance of Josh Henson

The Cowboys have had an offensive line issue for going on six years now. What was once a relative strength for Oklahoma State became a roller coaster of emotion and inconsistency pretty much since the 2013 season ended.

What if Mason Rudolph had started his career with a competent running game or adequate protection? How many extra wins could Gundy and Co. have squeezed out?

But things have improved over the last couple of seasons since Henson, the former OSU lineman and accomplished assistant and recruiter arrived on campus — first as an offensive analyst and then as OSU’s fourth OL coach in five years.

Now with a full class of incoming linemen including Tuttle’s Hunter Anthony — who will participate in spring ball —  the two-time national recruiter of the year has the Cowboys on the right path to talent, depth and continuity in the trenches.

Maybe Spencer Sanders or Grant Gunnell, or the next Mason Rudolph, starts his career behind a solid, consistent line. We know Josh Henson can recruit, and it looks like he can coach. Let’s just hope he can stay.

Justice Hill followed up his Freshman All-American campaign, in which he led all first-year players in rushing, by leading the Big 12 in both rushing yards and TDs a year later. What will 2018 look like?

Mike Yurcich will be breaking in a new starting QB for the first time since Daxx Garman got sacked into his second college transfer. Whether it’s Hawaii grad transfer Dru Brown or Spencer Sanders or Taylor Cornelius or Keondre Wudtee, we’re likely to see a drop off (or at least a learning curve) when it comes to QB production in 2018.

So expect a strong dose of the run game and for Yurcich to lean heavily on his best player.

Even with a slew of intriguing backups, Justice is the man and is poised to jump-cut his way through the Big 12 and onto the national radar.

3. Who takes a step forward on defense?

The Cowboys said goodbye to several key veterans from last year’s defense. Three of OSU’s top four tacklers are gone in Tre Flowers, Chad Whitener and Ramon Richards. Not to mention DeQuinton Osborne who will be missed dearly in the interior of the defensive line.

It’s hard to predict who might step forward and surprise us, but a defensive regime change may allow for a shakeup among the depth chart, and there are definite holes to fill.

Here are a few names to keep an eye on.

• Patrick Macon — The 2016 NJCAA Defensive Player of the Year who redshirted in 2017 and has two years of eligibility. Macon has the upside to take over at the Mike backer spot.

• Chance Cook — A safety who made plays and a name for himself on special teams last year. With all of the turnover in OSU’s secondary, expect the junior to vie for meaningful reps.

• Amen Ogbongbemiga — The highly-touted Canadian LB prospect — and second cousin of Emmanuel Ogbah — has now had two years in college after a redshirt in 2016 and logging regular duties on special teams in 12 games last season. With some definite needs in backer depth, Ogbongbemiga has a chance to take a big step forward in 2018.

The record-setting high school quarterback and twin brother of Tylan, has gone mostly under the radar during his time in Stillwater, and before. While his brother’s star grew in high school, Tracin spent significant time sidelined with multiple ACL injuries.

As prospects, Tracin and Tylan came as a package deal and one that Mike Gundy and Co. were happy to accept with the promise of Tylan, the highest-rated receiver commit since Dez Bryant.

But there’s reason to believe Tracin is more Batman than Robin to his brother’s Superman. And there is little doubt that a healthy Tracin would have commanded much more attention on the recruiting trail.

Now after a redshirt season, Tracin is apparently healthy and has made the switch from the QB room to the WR’s according to OSU’s spring roster. We know he’s got talent and should be ahead of the curve when it comes to the playbook and his ability to read defenses.

Will Tracin remain in his brother’s shadow or could he break into a deep and talented receiver rotation?

Porter touched on this in his post, as well, but it’s one of the bigger questions for this offseason. PFB’s resident Xs and Os specialists Thomas Fleming and Adam Lunt broke down what they saw on film after the hire. It appears Knowles will bring the 4-2-5 scheme that Gundy has been pining for but with a much more aggressive philosophy than what he’s seen from his defenses.

How that will translate in the Big 12 remains to be seen. Holding North Carolina under 20 ≠ holding Texas Tech under 40.

Knowles will have his work cut out for him trying to implement his system and get everyone up to speed. That starts with spring ball.

I don’t expect for us to learn much about how successful he will be until this fall but it will certainly dominate the water cooler talk (and the pages of this blog) over this offseason.