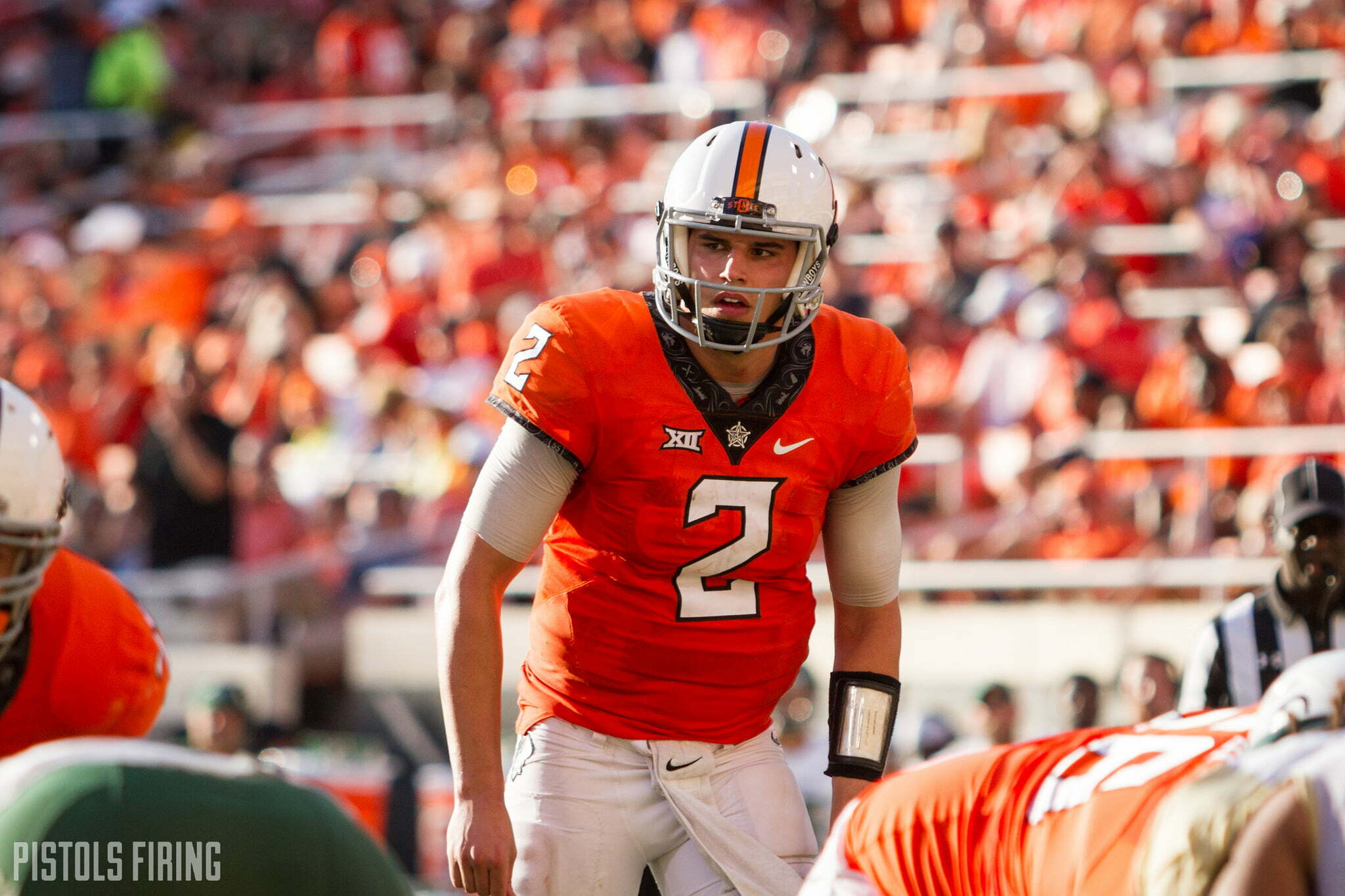 Over the last couple of weeks we’ve made a point to look at all of Mike Gundy’s four-star recruits to sign pen to paper in orange. We started with those high-end prospects that didn’t live up to their billing and then looked at those that turned out to be solid contributors for Oklahoma State.

Now let’s look at the stars — those success stories for Gundy and Co. on the crootin’ trail — that lived up to the hype, and then some.

Dez’ greatness at Oklahoma State was only limited by his off-field issues (if you can call them that). Deion Sanders showed that even after his NFL career was over, he could still shut down elite wide receivers. Bryant obviously went on to fame and fortune as one of the game’s best wideouts and a three-time Pro Bowler.

We transition from Dez to OSU’s highest rated wideout prospect since Dez, that came to Stillwater a decade later. Tylan Wallace quickly transitioned from an intriguing and exciting freshman behind a Biletnikoff winner and a handful of veterans, to a should-be Biletnikoff winner in Year 2.

In 2019, his challenge will be building a winning connection with a new QB-OC duo, and continuing his meteoric rise now that he’s numero uno on opposing defensive coordinators’ scouting reports.

Rudolph came in as an under-the-radar QB from SEC country, but quickly surpassed his grade when given the chance. Rudolph literally gave the redshirt off his back for Mike Gundy and OSU and, frankly, saved a season with the program’s most recent Bedlam win and a strong finish to 2014. He followed that with as good of a three-year run as any Cowboy passer has ever had. If you can find an Oklahoma State passing record, he likely owns.

Two-time All-American, as a kick returner in 2008 and as a corner in 2009, and fifth round draft pick by the Broncos. He’s OSU’s career leader in kick returns and kick return yardage, and his 895 yards in 2008 is a school record. He was also a top 4 career punt returner at OSU.

Where have these types of return men been the last four years (since Tyreek)?

Cox took his talents to the NFL where he enjoyed a seven-year pro career highlighted by a 2014 season with San Francisco in which he came in third in the league in interceptions (five) and was eighth in passes defended (16).

The junior college transfer was the highest-rated recruit in Mike Gundy’s inaugural class. He came in right away and was a productive two-year starter before being drafted by the Pittsburgh Steelers in the fourth round.

McBean was on four NFL teams over eight years, and though he was on IR, earned a Super Bowl ring as a member of the 2007 Baltimore Ravens.

The touted backer from Missouri City, Texas made a splash in Year 1, winning Big 12 Freshman of the Year in 2010. He would also add all-conference second-team honors in 2012 and be named to the first team in 2013. The four-year starter still remains in the top 10 at OSU in interception yards, interceptions returned for TDs, QB hurries, fumbles forced and fumbles recovered.

After 39 games at OSU, Randle ranks behind only the Big 3 (Barry Sanders, Thurman Thomas and Terry Miller) in rushing touchdowns (40), touchdowns scored (43) and all-purpose yards per game (109.8).

Randle got off to a decent start in the NFL after being selected by Dallas in the fifth round of the 2013 NFL Draft. Unfortunately three years in, his off-field issues grounded what looked to be a promising pro career.

Tyreek’s career at OSU was cut short by his own doing, but few could deny his star power, even if one of the most most explosive wide receivers in the NFL today spent most of his time lined up in the backfield for OSU.

In 190 plays (catches, carries and kick and punt returns) in 2014, Tyreek averaged 150.9 all-purpose yards and scored five total TDs  — including a Bedlam miracle — earning him Big 12 Newcomer of the Year as a RB and all-conference first team as an all-purpose speedster.

This Richardson, Texas product came in ranked below Alex Cate in the same recruiting class, but proved to be infinitely more productive. After seeing playing time as a redshirt freshman in 2007. Chinasa started every game during the next three seasons and led the Cowboys in sacks and tackles for loss as a junior in 2009.

Chinasa spent time on the practice squads for both the Carolina Panthers and then for the Detroit Lions a year later, but never appeared in a regular season NFL game.

The rangy wideout lived up to his billing and then some after a foot injury held him out of his would-be senior season in 2016. Ateman came back in 2017 and ate, man. He hauled in 59 catches for 1,156 yards and eight scores during his final season, and he, Mason Rudolph, James Washington and Justice Hill turned in the first 4,000 passing/1,000 + 1,000 receiving/1,000 rushing season in Big 12 history.

After falling all the way to the seventh round of the 2018 NFL Draft, Ateman finally worked his way into the lineup for the Oakland Raiders midway through his rookie season. He started six games and ended with 154 yards and a score, but will have the opportunity to prove his worth in Year 2 of his career and the rebuild in Oakland.

The Cowboys’ three-year starter at safety was one of the hardest hitting DBs to ever come through Stillwater. He earned All-American and all-conference first-team honors in 2011.

Unfortunately, a knee injury before the NFL Draft Combine saw Martin’s stock fall and he was selected in the sixth round by the Tennessee Titans. He never saw the field on Sundays.

These four-star players have either yet to see the field or we just don’t have enough tape on them to pass judgment. Stay tuned.