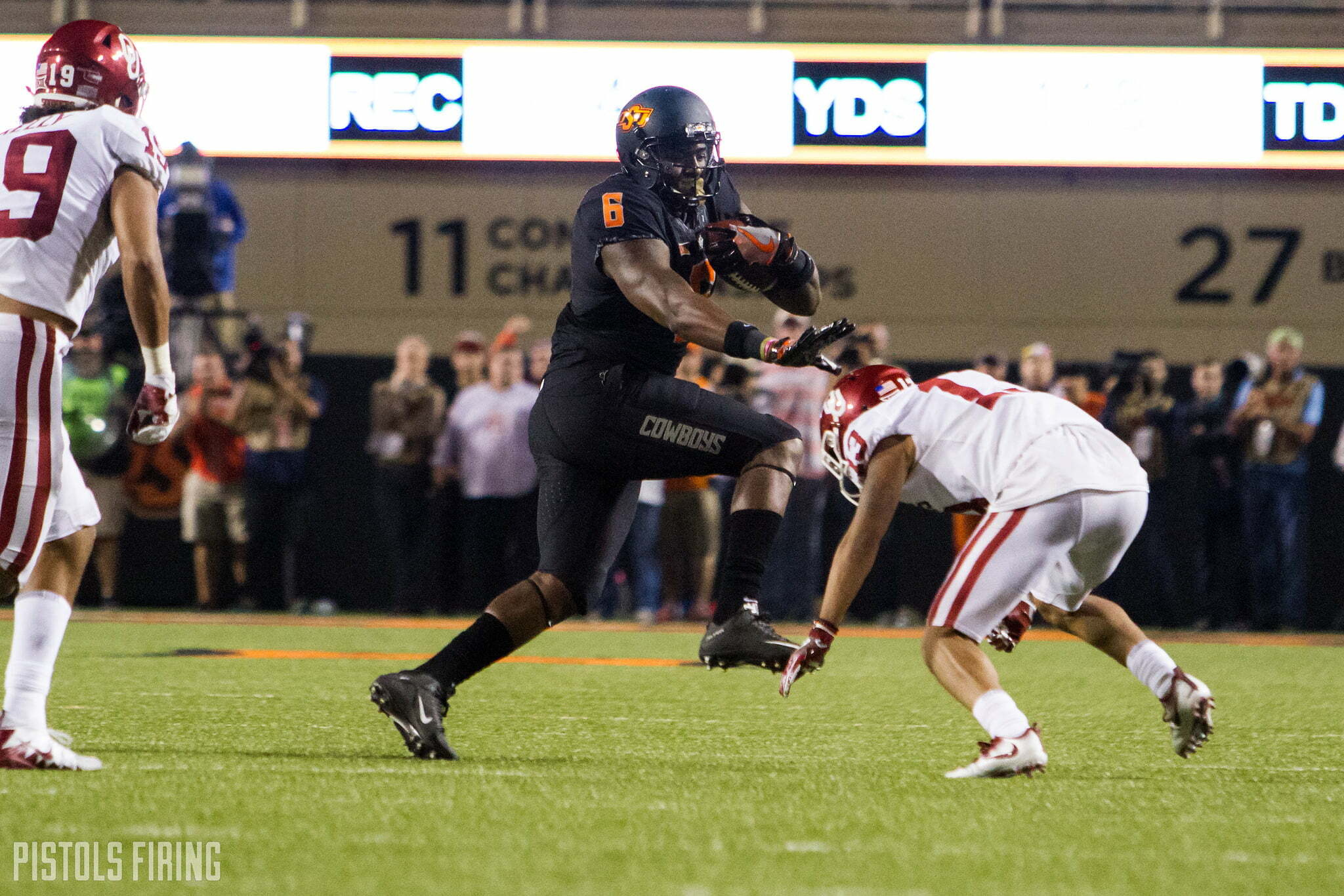 As we continue our series looking at each of Mike Gundy’s four-star signees, let’s finish up the group I’ve tabbed as solid contributors. These are prospects who made their mark on the program but may have not reached star status. You can read Part 1 and be sure to check out those four-star recruits who did not live up to their recruiting hype.

After finding himself behind a bevy of talented receivers — and after adding 45 pounds — Brown made the move to Cowboy Back, OSU’s hybrid tight end position. But in two seasons he totaled just six catches for 103 yards, though he did earn an all-Big 12 honorable mention in 2017.

As a graduate transfer to Texas State, Brown became a focal point of the Bobcats offense leading the team in receptions (51), yards (577) and touchdowns (5) in 2018. He also added 75 yards rushing and two scores on the ground. His production and obvious physical traits earned Brown an NFL Draft Combine invite.

The junior college transfer played in four games in 2009, starting in one, and played all 13 games, contributing to an offensive line that was, at that time, a bastion of consistency and a strength for OSU.

Wilson started 29 games over three consecutive seasons to end his five-year stint in Stillwater. He was first thrust into a starting role to spell an injured Zac Veatch in 2014. Yes, when OSU was starting tight ends as tackles. All in all, Wilson was a steady lineman who helped contribute to some pretty prolific offenses during his time.

What does a guy have to do to be tabbed a star? Lavey was a four-year contributor for OSU and one of the best players on probably its best defense ever in 2013. No, I did not deduct points based on bad Bedlam memories.

Lavey may not have been a star in my book, despite being named to his own all-conference first team, but he’s someone any DC would love to have on his team.

Burton was as instant contributor during Mike Gundy’s second year at the helm and worked his was into a starter by his junior season. He started every game in 2008 and 2009.

Remember when it seemed like Mike Gundy changed quarterbacks with each haircut? Both his philosophies on passers and personal grooming have changed in recent years.

Lunt, the heralded prospect from Rochester, Illinois, was part of a three-man cast of characters with Clint Chelf and J.W. Walsh that rode the QB carousel in Stillwater in 2012.

Lunt showed potential, but went 3-2 as a starter (wins included Savannah State and Louisiana-Lafayette) and threw more INTs than TDs as a Cowboy. Between the crowded QB room and some life lessons for Gundy in how to handle quarterbacks, Lunt blazed the trail for Brad Underwood and took his talents to Champaign.

Anderson was a steady contributor in the Cowboys’ secondary and worked his way into a 13-game starter as a senior in 2009. The athletic corner from Houston, Texas came in as the 13th-ranked player from the Lone Star state — seven spots ahead of his classmate and fellow DB, Perrish Cox.

The highly ranked junior college DT transferred in from Snow College and made an immediate impact on OSU’s defense playing in 11 games and starting three. As a senior he earned seven starts and earned an all-Big 12 honorable mention.

The junior college transfer came in as a touted toter of the rock and had the makings of a star in the Big 12. Unfortunately, he was behind the duo to Keith Toston and Kendall Hunter for both years.

Johnson was a viable backup who played in all 26 games those two seasons and racked up 661 yards and eight scores. Against Missouri State in 2008, that trio of backs each eclipsed 100 rushing yards for just the second time in program history.