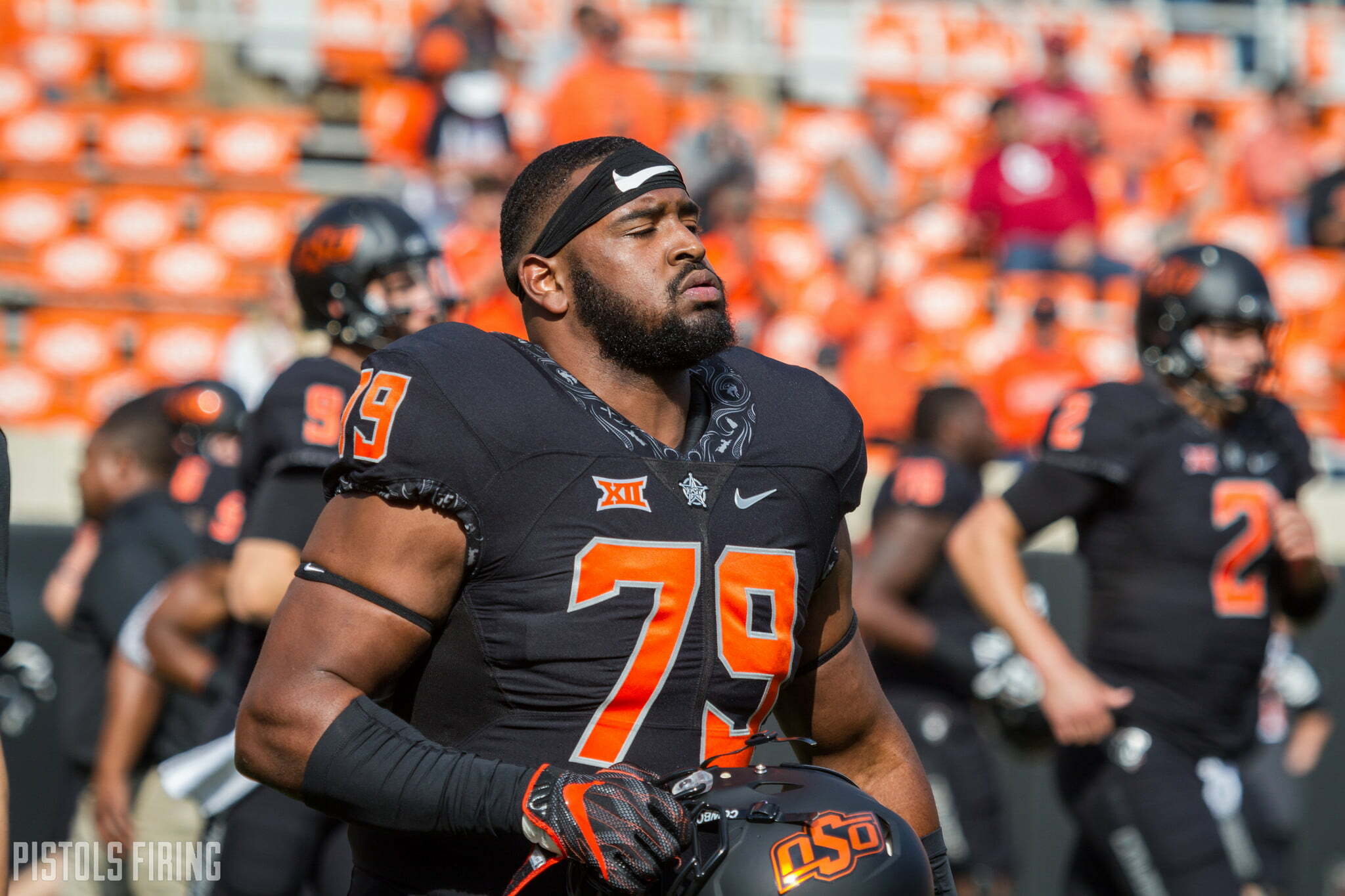 With National Signing Day officially in the rear view — and Mike Gundy’s latest four-star commit Deondrick Glass officially signed — it’s an apt time to continue our look at the mulleted one’s top signees of all time.

Earlier this week, I took a look at some of Gundy’s four-star signees that did not quite pan out. Now let’s look at some who did.

With my hindsight spectacles, I peered back at a all of Gundy’s four-star prospects to put pen to paper for the Pokes — *checks* he still hasn’t signed a five-star by 247Sports’ ranking.

For our purposes — and painting with my broadest of brushes — I pigeonholed these recruits into three separate groups — 1) those that didn’t live up to the hype 2) solid contributors and 3) those who became stars. Let’s look at the second group.

Here are the four-star prospects who came to Oklahoma State and turned in at least solid careers for the Cowboys, but weren’t exactly stars. All rankings are final, but I appreciate the oncoming comment section banter. ?

Mike Gundy’s highest-rated recruit ever is likely only on this list because of the freak hip injury that he suffered in high school which limited his impact over his first couple of seasons in Stillwater.

“Richetti the Machete” may never have lived up to all of the hype, but he was productive playmaker over his four years, coming in behind only Jamie Blatnick in sacks in 2010 and 2011 while helping OSU win its 2011 Big 12 title.

Jones made a late play to save the win against K-State that year, but my favorite memory of his has to be this Jones-to-Jones connection from Bedlam.

Before I draw the ire of the General’s army, let’s add a little perspective to the solid contributing QB from Denton Guyer. Walsh is the highest-rated quarterback to sign with Oklahoma State during Mike Gundy’s tenure. While he was an effective leader and a winner, few would argue that he sniffs the top 5 of passers during that span.

He was a fan favorite and team leader, but Walsh had more than grit. His dual-threat skill set was absolutely crucial to an inept 2015 running game. Without him the Cowboys likely don’t reach 10 wins that year.

The highest-rated recruit from his class, Staley suffered a catastrophic knee injury that saw him miss most of two years and led to him actually quitting football. After regretting his decision, Staley rejoined his team filled an important role for OSU’s offense from 2011-13 at fullback.

The in-state DB from Carl Albert was an instant contributor as a true freshman, but an injury forced a Year 2 redshirt in 2010. Lowe returned to be the enforcer on probably OSU’s best defense, earning all-conference second team honors in 2013. Lowe signed as an undrafted free agent with the Philadelphia Eagles, but did not make it past the initial round of cuts.

Akem ranked behind only Tyreek Hill among 2014 signees. Though he saw plenty of action during his four years, Akem never quite lived up to his billing (44 games without a start). He was good, not great as Gundy might say.

A nice complementary back? Yes. Monstrous pipes? Absolutely. But Smith never took the reins of OSU’s running game. But he was behind Kendall Hunter and Joseph Randle in three of his four years.

The speedy playmaker from St. Louis had potential in oodles, but he was buried beneath a vast talent pool at wideout for his first couple years. He had a career year leading the Cowboys with 737 yards and five scores during the mostly forgettable 2014 season, but in 2015 it was the James Washington show and Sheperd was back to playing second-to-third fiddle.

Sugar Loaf had (and has) star potential — and was plenty productive over his four years at OSU — but I can’t quite put him in that star category based on expectations coming in.

The highest-rated DT Gundy ever landed didn’t earn a start until Year 3. We’ll see if he can build his case to be a next-level defender (and make me look bad) in his final year at Nebraska.

Following a successful two-year run at Scottsdale Community College, Jackson quickly made his presence known in Stillwater. Playing at both tight end and inside receiver,  Jackson trailed only Josh Stewart in receiving yards with 598 (leading all Big 12 tight ends) and added three scores. His 19.9 yards per catch his junior season still ranks fourth all-time at OSU. Jackson missed half of his senior season with injury.