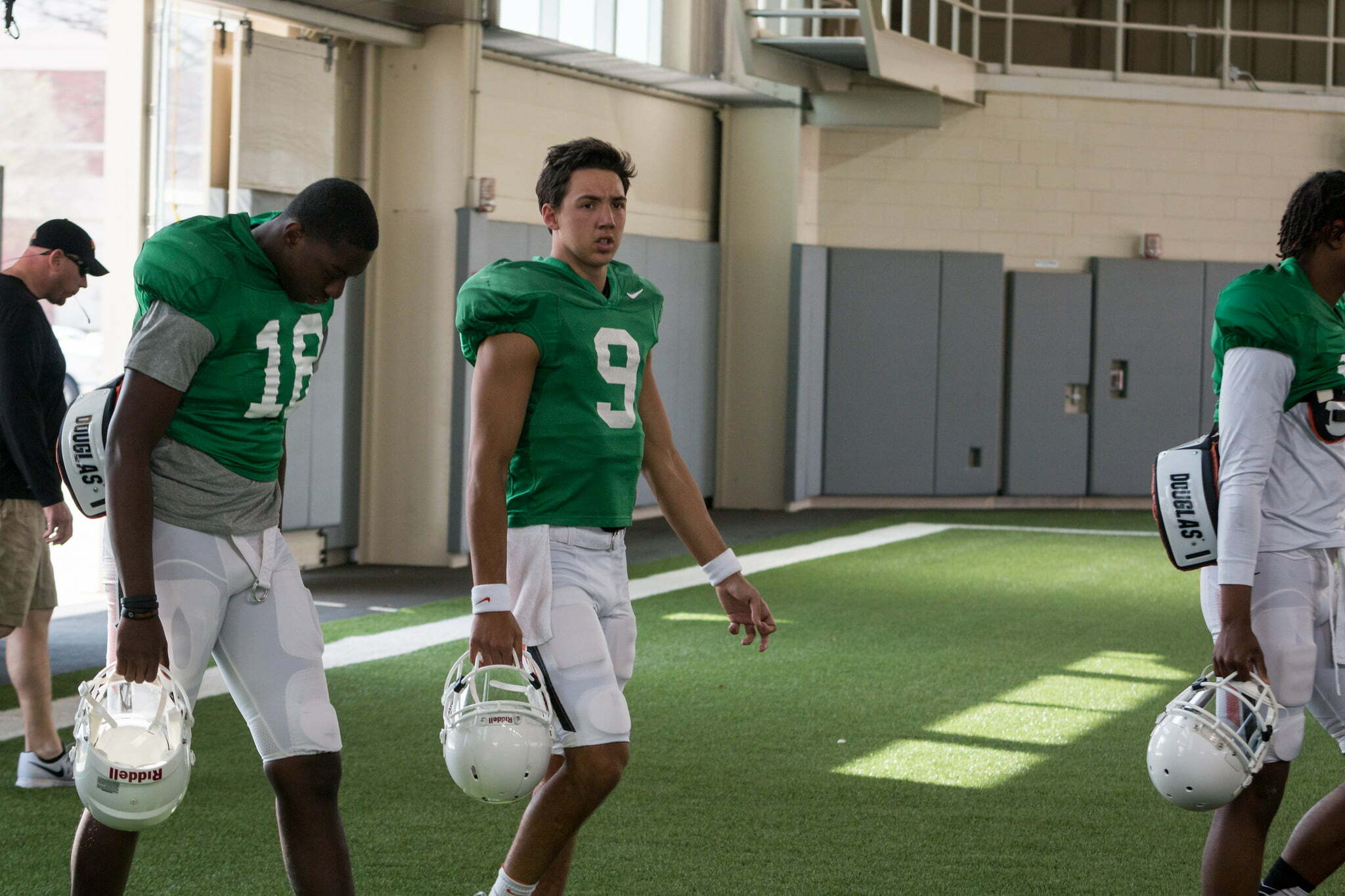 Most of us would agree that Oklahoma State has some room for improvement in the recruiting department. As we’ve recently talked about — hell, as we’ve been talking about for some time — Mike Gundy’s dearth of four- and five-star talent is at least one hindrance that has kept his program from taking that next step forward. It probably allowed it take a step back in 2018.

On one hand, conventional wisdom would tell you that OSU’s on-field success coupled with its off-field amenities (facilities, uniforms, mullet air time on ESPN, etc.) should yield better returns on signing day.

On the other, not all “stars” turn out to be even starters, and recruiting is not an exact science. Biases that range from region to relationships skew the rankings, and sometimes prospects just don’t live up to their billing.

So in an effort to make some sense of this hot-button issue in Cowboyland, we’re going to be taking a look at all of Mike Gundy’s elusive four-star recruits, starting with those who didn’t quite fulfill their upper-level potential.

There are various and sundry reasons why a recruit might not live up to the hype that include but are not limited to — injury, academics, personal issues, legal troubles and much more. Sometimes things just don’t work out as planned.

All of these were four-star recruit, as rated by 247Sports, who signed with Oklahoma State during Gundy’s tenure as head coach.

Sims was a high-upside prospect who took carries behind Joseph Randle and Jeremy Smith as a true freshman in 2011. But ahead of his sophomore season, Sims was dismissed from the team following an incident in which he was accused of stealing from a teammate. He was charged with two felony counts of second-degree forgery. Sims joined the staff at North Texas as a graduate assistant in 2017.

Along with Sims above, the heralded back out of Broken Arrow is cautionary tale for Gundy sympathizers. After flipping his commitment from OU to OSU, Thomas enrolled early and impressed in the spring, but once he was out for the summer, his life took a turn.

A slew of charges related to two separate armed robberies over 2014 and 2015 saw Thomas sentenced to 10 years in prison. That term was later amended and Thomas was released early in 2017 just to be arrested again in June of 2018 in Louisiana when he was alleged to have charged authorities who were attempting to serve federal warrants, with a large knife.

Mike Gundy’s top recruit from the 2009 class, the former LSU commit spent one year in Stillwater redshirting before he left the program. It doesn’t appear that he saw the field elsewhere either. Pratt got into some legal trouble a couple of years later.

The former high school quarterback came to the Cowboys as an athlete and played both wide receiver and kick returner. He appeared in six games as a true freshman and seemed poised for a breakout sophomore season when a knee injury effectively ended his career.

The top-ranked player out of the state of Oklahoma signed with OSU despite rumors that he would not qualify academically. But the Cowboys used a scholarship on their would-be class crown jewel with Mike Gundy even telling us he expected Moore to show up in the summer.

Instead Moore headed to Independence Community College for a year before giving it a go at Oklahoma. He was dismissed from the program by Lincoln Riley in November for violation of team rules. He is the highest-ranked O-lineman to ever sign with Oklahoma State.

Mustafaa was a highly regarded defensive end who enrolled early and took part in spring practices. Unfortunately, the Alpharetta, Georgia product did not return to Stillwater for summer workouts. He redshirted at Southern Miss in 2014 and played one year (2015), grabbing 23 tackles and 1.5 sacks for the Golden Eagles.

Cate infamously started over Brandon Weeden in the 2009 Colorado game after Zac Robinson was an injury scratch. The former four-star QB from Salt Lake City, went 0-for-9 with an INT before Weeden spelled Cate in a winning effort against the Buffaloes. He also spelled out the writing on the wall to Cate as to who had the upper hand in 2010 with Robinson headed off to the NFL.

Cate transferred to Division II school Central Washington. He saw action in just two games for the Wildcats, amassing 183 passing yards, a TD and an interception.

The former four-star QB from Norman North High School failed to make any on-field impact or even break into Oklahoma State’s three-deep at QB during his time in Stillwater. In four years in the program, Kolar saw the field once, against FCS team Southeastern Louisiana, completing one pass for 8 yards and rushing twice for 18.

Kolar graduated and will transfer to Iowa State to play out his final year with his brother, tight end Charlie Kolar. Kolar is one of four quarterbacks on the Cyclones roster not named Brock Purdy.

The speedy wideout from Dallas, Texas committed to Oklahoma State over the likes of USC, Notre Dame and Ohio State. But after a redshirt year in 2013, Samples saw the field during just six games in 2014 grabbing all of three catches for 11 total yards.

Samples transferred to Houston under then-head coach Tom Herman in 2015, but never saw the field for another snap due to concussion issues. He joined Herman’s staff at Texas as a graduate assistant in 2018.

Brantley was one of the last of Joe Wickline’s O-line recruits to sign with Oklahoma State. The No. 25-rated tackle in the country inked his name in orange on signing day 2012. Unfortunately, he left the program for what were termed “personal reasons” prior to the start of fall camp of his would-be freshman season.

We’ll continue this look with those four-star prospects who actually turned in productive careers for the Cowboys, so stay tuned.