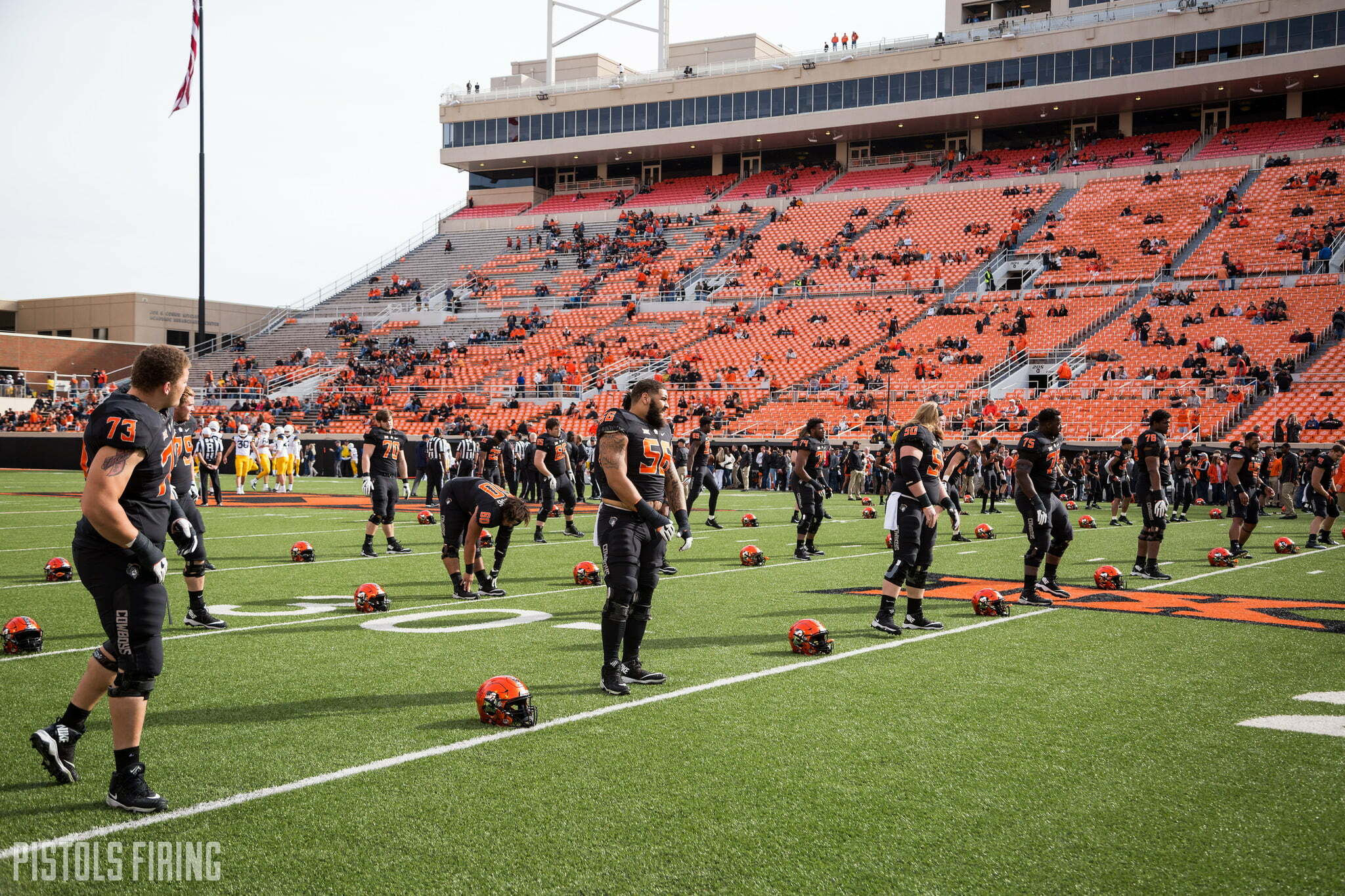 We have two separate amazing emails from readers this week, which I’ve separated into two different posts because 1. They’re both pretty long and 2. They’re both very good. Here’s the first on the podcast where Carson and I talked about a potential Oklahoma State-Clemson comparison.

You mentioned on the pod Clemson recruits between 10-20 and won a natty doing that and why can’t OSU be a Clemson. (The dude voice) This tarnishing of Clemson and recruiting misinformation will not stand, man.

Put simply OSU doesn’t recruit anywhere near the level they need to. No team has won a natty without two top-10 classes in the previous four years. Clemson won 2016 and 2018. For the sake of argument we’ll use the previous four classes. The elite talent leaves in three years but plenty of players redshirt and play five. Four seems like a good average.

Clemson had 53 percent 4- or 5-stars. No team without 50 percent has won a natty. (My favorite example of this rule biting someone was OU in the rose bowl. They were sitting at 49.9 percent. They looked about one or two 4-stars short of beating Georgia).

*only 14 commits total average ranking of 92, would have made them 4th with a full class.

I sort of like blue chip index as well because it isn’t quite as subjective, but the data is clear: 4s and 5s win nattys, not 3s.

OSU is no where close to this level. The gap between 10 and 20 is much much larger than the gap between 20 and 30. Somewhere around 11 or 12 the talent really starts to slip.

Also the other reason your idea is flawed. We have the wrong head coach and philosophy. We can’t recruit in the teens like Clemson did because the head coach doesn’t even believe in recruiting at an elite level. Clemson does. Therefore we never will recruit at an elite level. If we did believe in recruiting elite, even then we might not achieve it, but he doesn’t even believe it so we for sure aren’t going too. Can’t win a race you won’t run. (I’m not a great writer, forgive me)

It is hopeless. We will never win a national championship until we start recruiting more 4 and 5s than 3s and 2s. That’s bad for #clicks, but it’s the truth. Is a Big 12 title hopeless? Potentially, I sort of think with the title game back in play, better lose the regular season matchup and hope for an upset in the title. I don’t see us with our pathetic recruiting, beating an OU or Texas twice.

Last, in a great case of correlation doesn’t equal causation but it’s still telling. No team since Colorado in 1990 has won a national championship with a stadium that holds less than 80K. I think there’s a certain revenue level or big-time program look that propels the program into elite status. That appears to be 80K seats.

If OSU wants a natty they need a head coach who believes in recruiting and 20K more seats.

There’s obviously a lot going on here, but I loved how much thought this reader put into writing all of this stuff out. My biggest takeaway was an introduction to the blue-chip ratio (sad that I had never been formally introduced before) as it gives some girth to what I’ve been chirping about for several years.

Here’s a definition from Bud Elliott.

Quite simply, it’s the recruiting standard needed to win the college football national championship. Reviewing years of recruiting data, and giving weight to more recent years with standardized recruiting rankings, I’ve determined that in order to win the title, teams need to sign more four- and five-star recruits (“blue-chips”) than two- and three-stars over a four-year period.

The ratio is a representation of that. What percentage of your last four classes has been made up of blue-chips? The data overwhelmingly shows that champions eclipse the 50 percent standard. [SB Nation]

Not groundbreaking stuff, but it’s nice to have a face with the name.

The other thing that stood out was this statement from our reader: The gap between 10 and 20 is much much larger than the gap between 20 and 30.

Is that true? It feels like a very subjective statement that’s impossible to prove. However I looked at the current No. 10 recruiting team for the 2019 class (Penn State) and they have the following:

For the sake of context, OSU has had 55 4-star recruits … ever. Penn State has about a third of that in just this year’s class. Anyway, here’s No. 20 Stanford.

I think the primary point here is that when you take away the minutia that Player X is ranked .000003 better than Player Y, what remains is that you need 4- and 5-star guys. There are only 30 5-star guys and 380 4-star guys every year, and those are the ones to whom the most attention and time is given when it comes to scouts and recruiting analysts. Unsurprisingly as the best players in each high school class they’re also the ones who make up the best teams that collect the most titles.