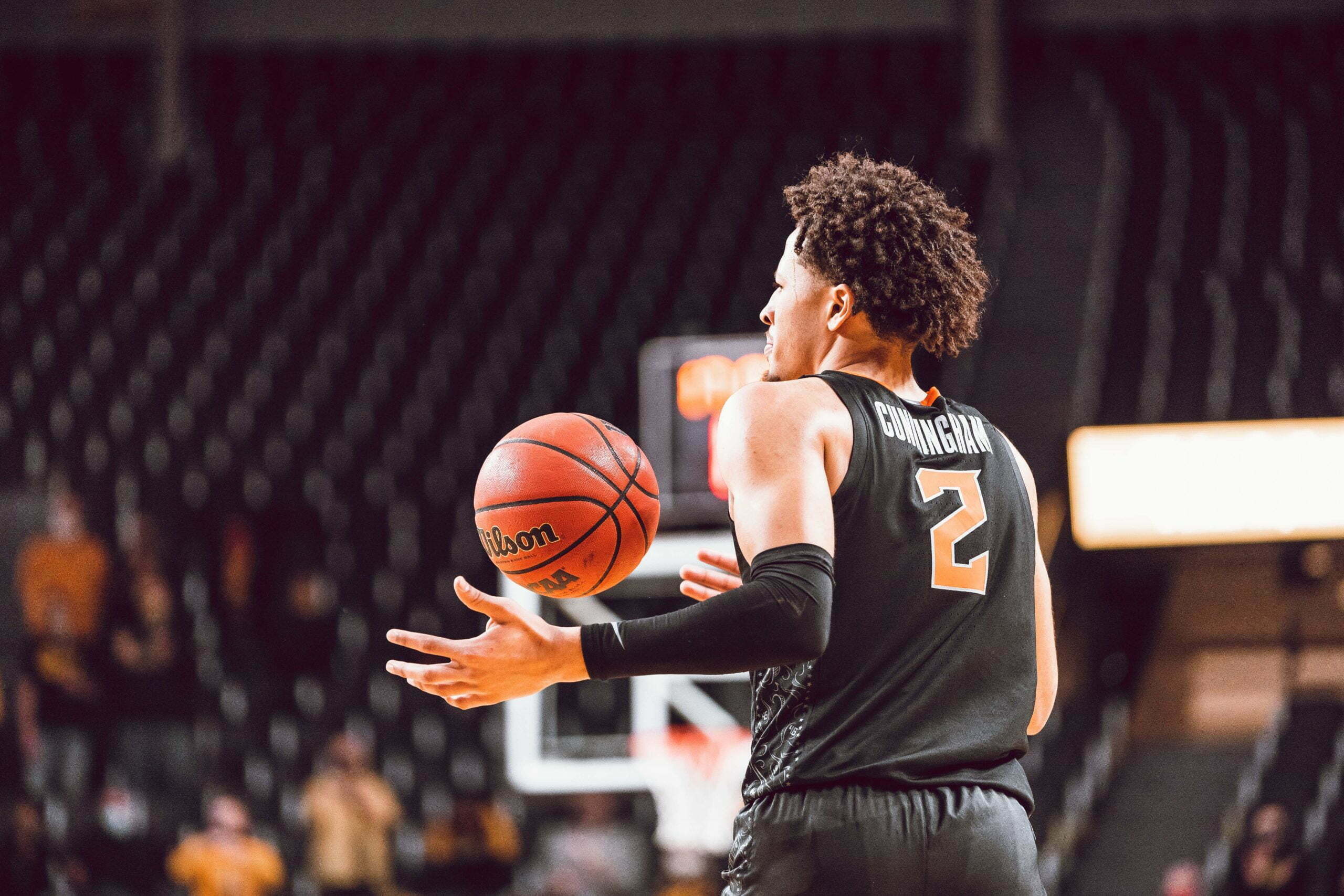 This is probably going to be a regular thing.

Cunningham’s week started with him dropping 29 points against Oral Roberts on Tuesday. He struggled in the first half against the Golden Eagles before heating up down the stretch. He scored 16 of his points in the final 6:31.

Cunningham again had to work out some kinks against the Shockers. His shot wasn’t falling, so he played defense and became a playmaker in the second half … until clutch time. Cunningham took just two shots in the second half, one of which was a game-winning 3 with 9.8 seconds to go to make the Cowboys 6-0.

On the season, Cunningham is averaging 18.5 points, 5.7 rebounds and four assists a game.

Cunningham is the first Cowboy to win back-to-back weekly honors since Jawun Evans.

Cunningham and the Pokes will start Big 12 play Wednesday against TCU. TCU guard Mike Miles is the only other player to win Big 12 Newcomer of the Week. Cunningham and Miles played AAU together for Texas Titans.