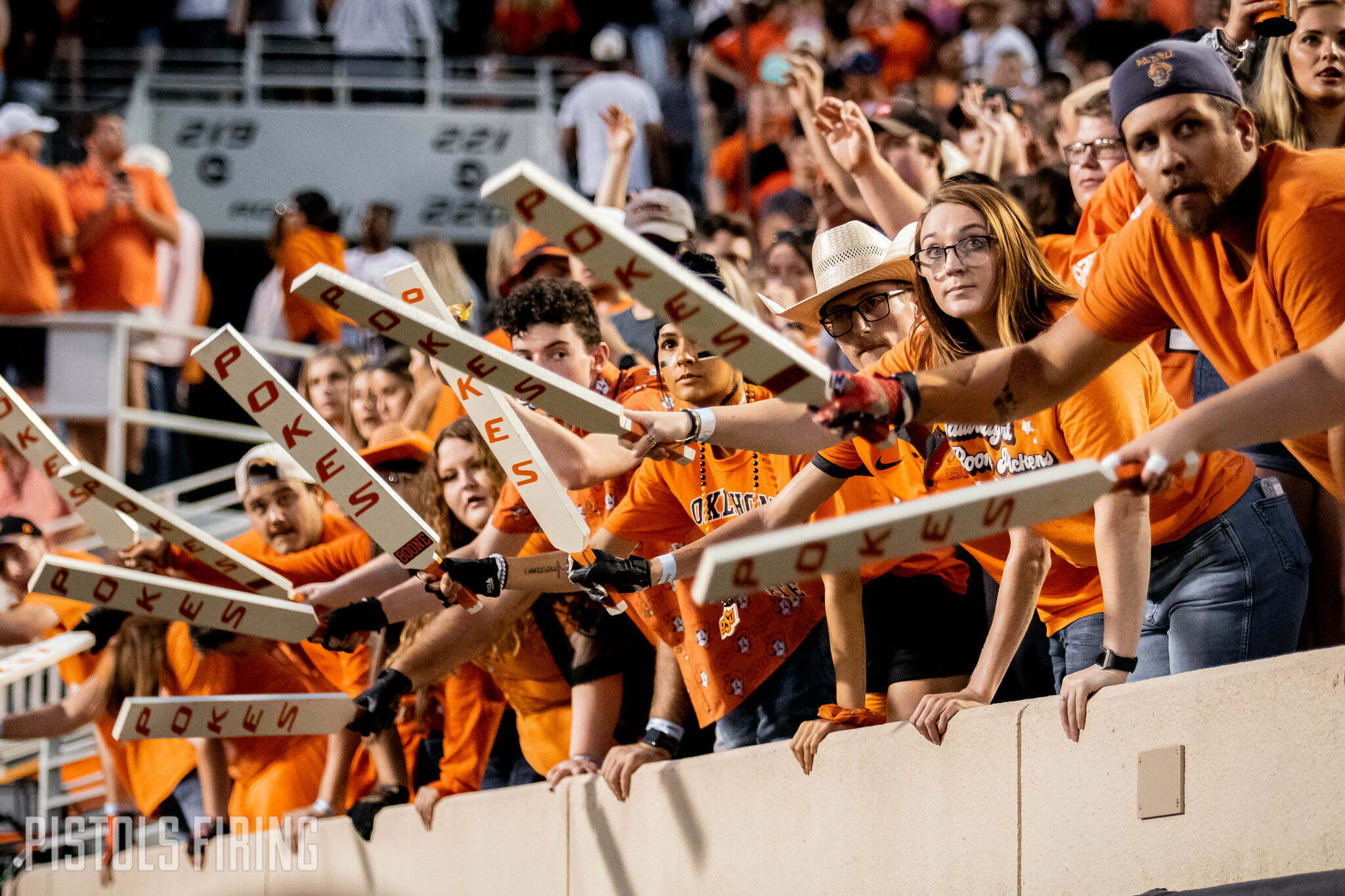 Oklahoma State is feeling itself heading into 2022, and for good reason.

The Cowboys return a four-year starter at QB, a plethora of weapons around him and return a good chunk for its maybe its best defense even last season. So with all of that on-field hype, why not do something extra for the fans in the stands?

Leading up to OSU’s season-opener against Central Michigan on Sept. 1, Oklahoma State has been using current and former players, and members of its staff, to tease out the events surrounding each upcoming home game. We’ve seen OSU organize special activities like stadium stripings and orange-outs in the past, but it will be almost a weekly occurrence this fall.

Defensive line coach Greg Richmond announced a stadium striping for the Cowboys’ second game of the season. OSU will be honoring the 2002 Cowboys squad as well as College Football Hall of Famer Terry Miller.

Running backs coach John Wozniak gave us the scoop for Week 3 which includes family weekend and Teach Appreciation Day. There will be a block party at 6 p.m. including Scotty’s Frozen Treat and a car show.

Defensive tackle Aden Kelly spilled the beans on OSU’s Week 5 meeting with Tech. The Cowboys will have a “Roots and Boots” theme and Bob Fenimore, “the Blond Bomber” will be posthumously inducted into OSU’s Ring of Honor.

There will also be a block party featuring Laymon Barnett and Trenton Fletcher and OSU will hold an event for mental health awareness with BB, everyone’s favorite miniature horse.

There will be a block party, featuring the Brandon Jackson Band and Snow S’More.

The Cowboys always look nice on Military Appreciation week but this year the fans will be murdered out themselves. Brennan Presley shares the details surrounding what should be a pivotal late-year matchup against the Cyclones including a blackout in the stands.

The block party will feature Blake O the DJ, A Latte Love Coffee House and a BBQ contest. Wear black and bring an appetite.