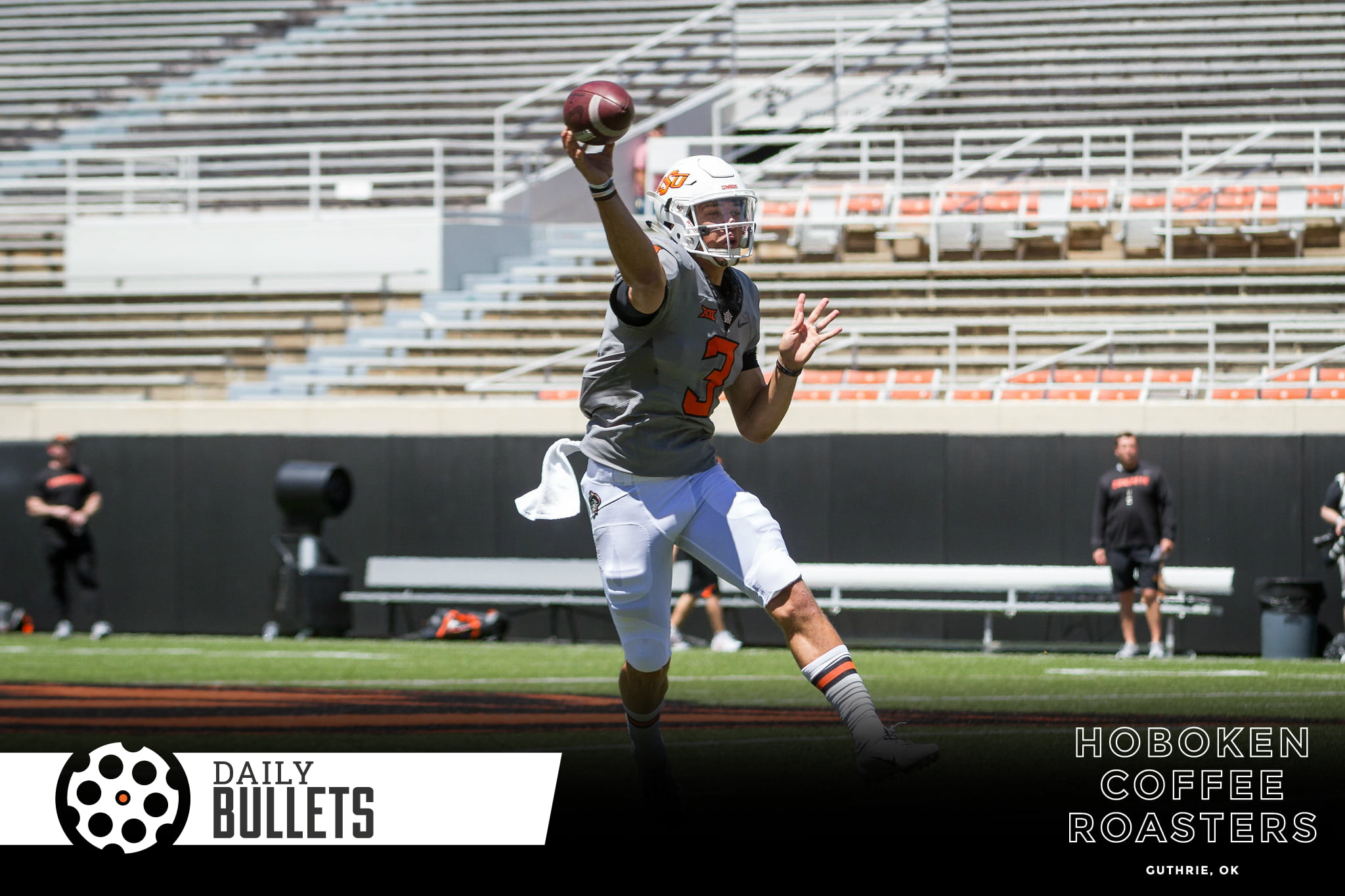 With yesterday’s commitment, we’re into that spring period when Gundy signs a big chunk of his class.

• Go young at QB when you can, old when you must
• Boynton is going big game hunting
• OSU spring game talk

• I couldn’t agree more with this take on OSU quarterbacks.

Therefore, if Take 2 is true and you believe that Dru Brown is better than Spencer Sanders but not to the degree that it will result in any sort of meaningful title, then Sanders should be the starter because it will be better for the program in the long run. [PFB]

This applies retroactively to the 2018 season as well. If you think you’ve got a ten-win quarterback on your hands, you ride him to the promised land. But if compounding returns for future seasons apply, you take the six-win freshman over the seven-win senior any day.

• Here while there’s plenty of nonsense coachspeak out there in sports media, I bought Gundy’s comments on why there wasn’t a true spring “game”.

I’m not sure that fans got much out of watching drills Saturday, but I understand Gundy (or any coach) refraining from something that seems pointless, or even dangerous, given any roster deficiency. [TulsaWorld]

I was a bit disappointed after watching other schools make a big deal out of their spring game (OU’s Friday night lights, KU bringing in Rick Ross) but I don’t think that would be an OSU thing to do, right?

Sure, it wouldn’t hurt to create some buzz around an event. But culturally, OSU is more of a “shut up and do your job for the good of the team” outfit. It’s hard to argue with how successful they’ve been.

• Leyton Hammonds is tearing it up in Central Europe.

Congratulations To Leyton Hammonds (@Leyfro) On A Great Year In The 2019 Alpe Adria Cup. #NothingGiven

• NCAA approved some good changes on football rules: targeting must now be overturned or confirmed plus some OT rules that seem helpful