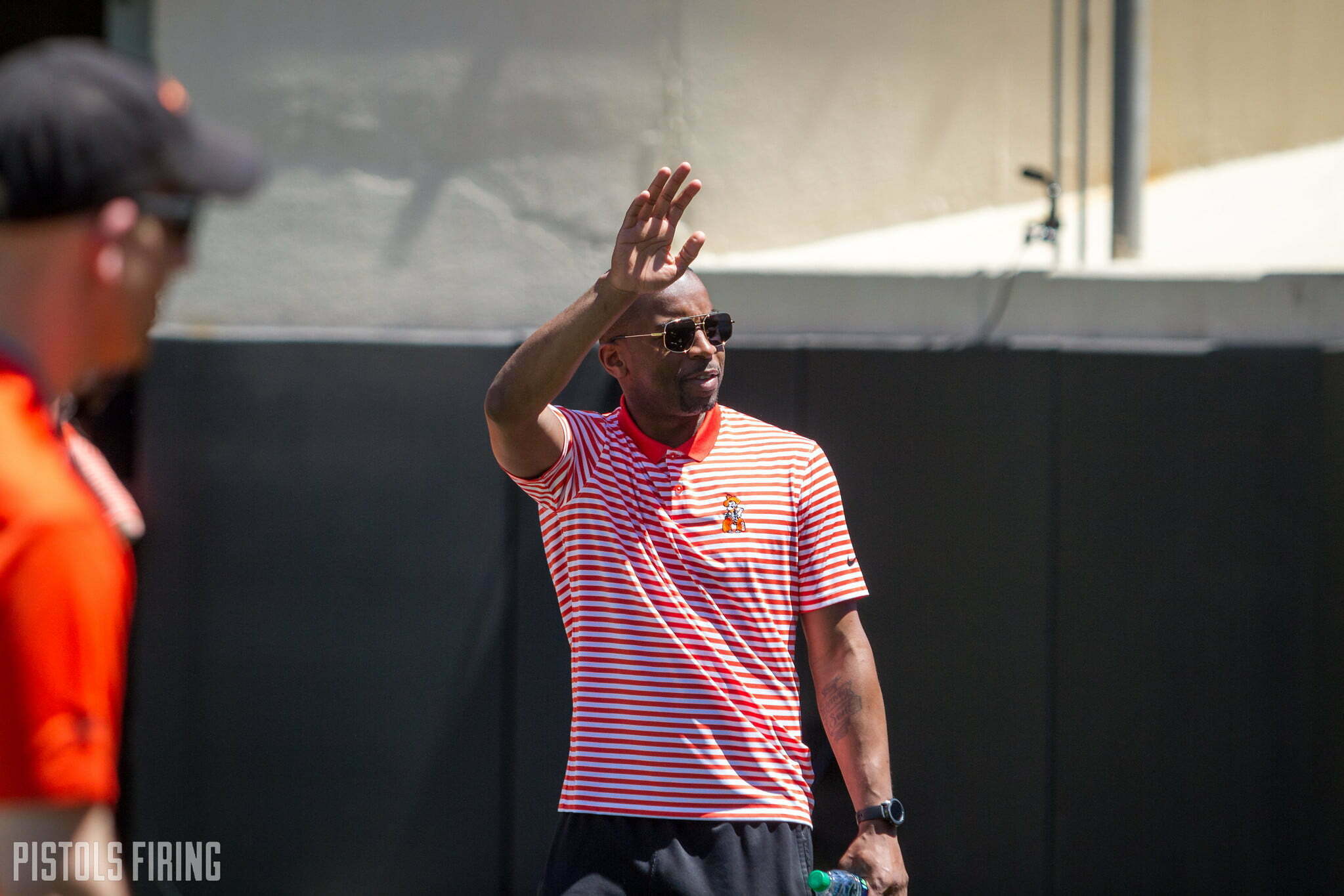 As is the usual, Mike Boynton is on the recruiting trails.

Boynton will make an in-home visit to Booker T. Washington standout Bryce Thompson Tuesday night, according to Rivals’ Corey Evans. Thompson is the 63rd-ranked prospect in the 2020 class and the state’s top recruit.

Boynton has had recent success recruiting the Tulsa area, signing Kalib and Keylan Boone out of Tulsa Memorial to his Top-20 2019 class. The Boone twins were a part of the same AAU organization Thompson plays for, Oklahoma Run PWP. Thompson met the Boones in the finals of the Tournament of Champions in December. Booker T. and Thompson walked out winners after he dropped 25 points.

If Thompson committed to OSU, he and Davonte Davis would make for the second-ranked class in the country early in the 2020 cycle.