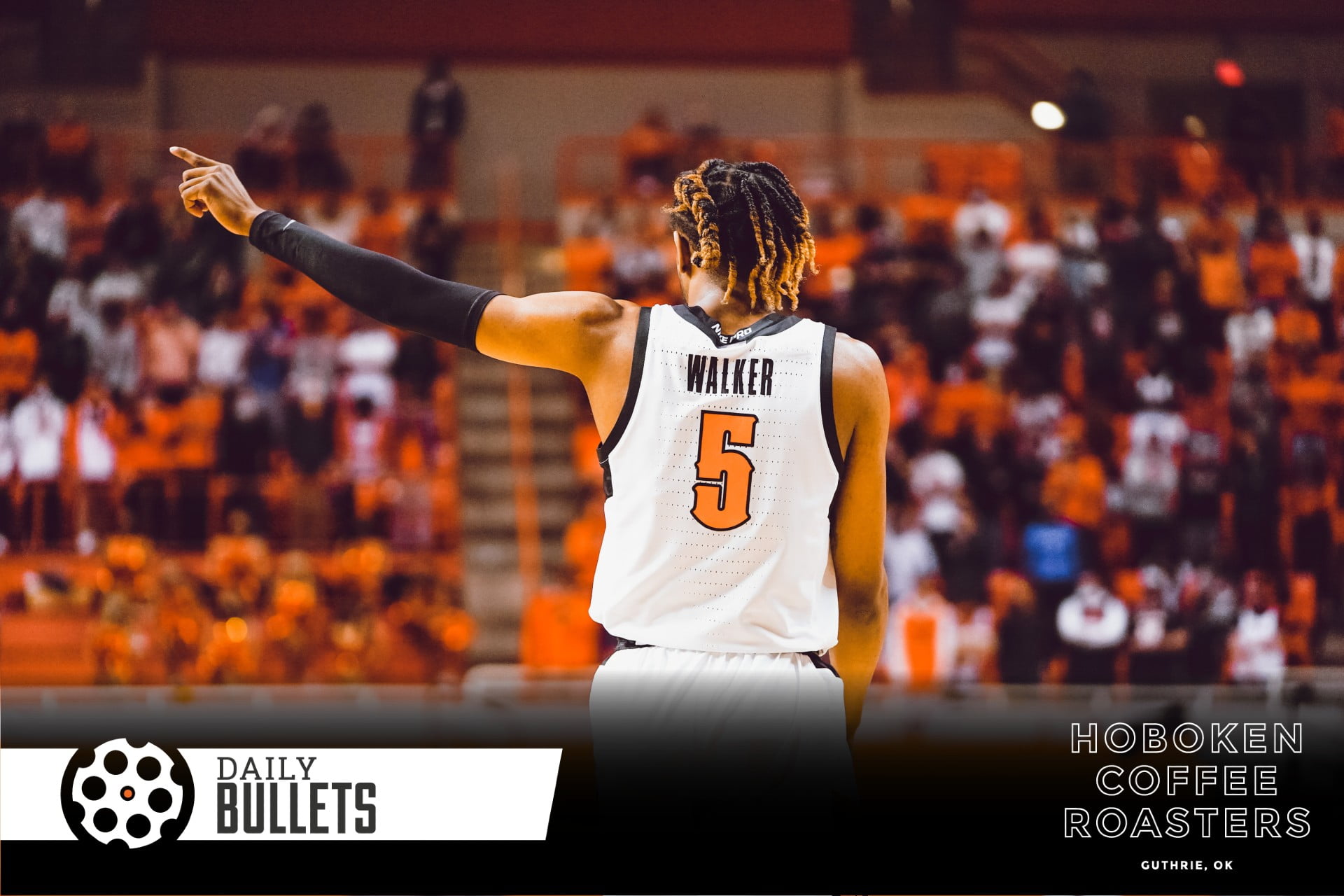 • The Athletic has the Pokes at No. 16 in their too-early preview, citing this point as one of their reasons – that these players are poised to blossom:

(Avery) Anderson was the team’s second-best player over the last few weeks, and (Matthew-Alexander) Moncrieffe and (Rondel) Walker are headed for breakout sophomore seasons.

• With the first round of the Masters starting tomorrow, see this ranking of the field and enjoy Viktor Hovland at No. 10

• What happened when the veil was torn (faith-based)