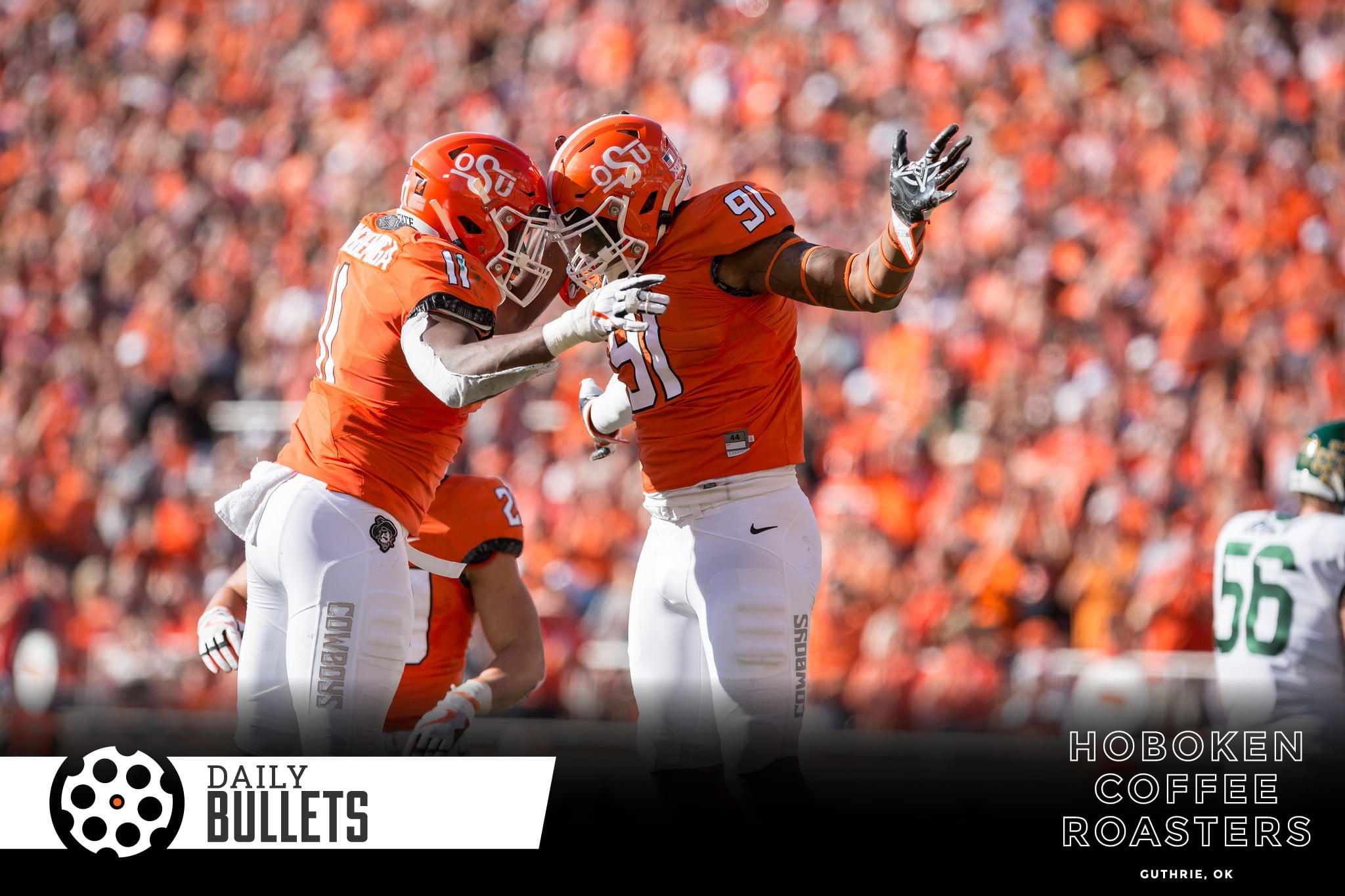 • Per reports that came out last night, the Big 12 has agreed on a ten-game football schedule: nine conference games plus one out-of-conference. What does that look like for the Pokes?

Dates have yet to be released, but that leaves OSU hosting either Tulsa or Western Illinois, the two teams remaining on OSU’s nonconference schedule. The Cowboys would then transition into a normal nine-game conference season where they play every other Big 12 school. [PFB]

If you go Tulsa at the start of the schedule over the Leathernecks, you’re saying we’ll start the schedule sooner (Sept. 12th over the 19th) but you give yourself nearly a month off until you start conference play (three weeks until TCU on October 3rd).

Now, could Tulsa flex and move it closer? The conference stance for the AAC is play as many games as you want and Tulsa has a full slate, no open slots to move to just yet.

Due to the ongoing COVID-19 pandemic, we are unable to host Homecoming festivities in 2020.

We look forward to welcoming all of our alumni & friends home for the Centennial Homecoming celebration in 2021. To find out more, please visit https://t.co/7BUQIGoNHM.#okstate pic.twitter.com/bGlG2AVtLY

• Pac-12 players are trying their best to change college football but the league hasn’t capitulated at this point. Here’s what to look out for in the coming days:

If the Pac-12 counters with movement on several of the demands, but leaves those big, systemic ones untouched, will the players declare victory and come back to their squads? [Extra Points Newsletter]

• Here’s the faceshield the Pokes will be wearing in fall camp:

#OKState players will wear face shields in their helmets during fall camp (and probably this season).

• Chuba’s Heisman campaign is off and running. Could Chuba be the first back to rush for less than 1,500 yards and get to NYC?

This is Katie Ledecky swimming the length of a pool without spilling a single drop of the chocolate milk balanced on her head.

Sometimes you think you’ve seen it all in sports, and then you come across what might be the most athletic thing I’ve ever seen
pic.twitter.com/59RsjlouZ2